Ever since we covered our first USA Cycling Cyclocross National Championships in Kansas City in 2007, Steve Tilford has been part of our lives, and will continue to be, despite his sudden, shocking and premature passing yesterday.

Tilford was a joy to speak with and interview, as he was never afraid to speak his mind on a topic at a race or on his blog, and often it was to the benefit of the “average” cyclocross racer.  Tilford offered reasoned opinions on anything from USA Cycling rules to packing for cold weather races. Some considered his post-race words to be cocky, but when considered in the context that he was so dominant in his age group, they were simply honest.

Journalists and media hope athletes will speak their minds instead of reciting clichés and rehearsed soundbites, and in Tilford we found a reliable, informed, accomplished and opinionated interviewee.

In memory of the cycling and cyclocross legend, we’ve put together a few of our interviews (in text and video) with Tilford over the years. Relive a tiny bit of his life, wisdom and spirit in the clips below.

Steve Tilford Interviews Over the Years:

A Win and a Disappointment in 2007

Even in 2007, Tilford wasn’t afraid to reveal his true thoughts when it comes to Masters National and World Championships, explaining his renewed focus on cyclocross. “It’s different from when I was winning mountain bike Worlds,” Tilford explained after his win. After I won that a few times, I kind of got more of a relief than actual happiness, so I kind of quit going at that point. Cyclocross is just plain fun.” 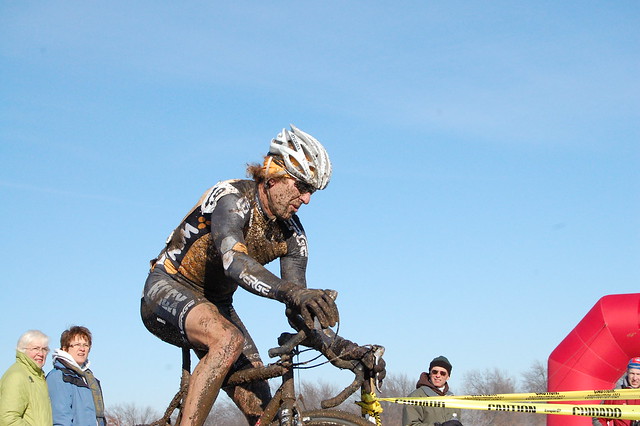 The then-45-49 Masters Champion was still targeting the Masters race, stating, “Realistically, four or five guys would have to have pretty off days for me to win the race. A good result for me in that race would be between 5th and 12th place. You look at the speeds and the maturity of the sport in the last three years and the way it’s going now guys are really keying in on it.”

He’d have an off day, finishing 29th, but with his honesty, became one of our favorite interviews.

Previous post Accepting the Inevitable and Enjoying the Ride: A Column by Lee Waldman