Most readers own a cyclocross bike or a do-it-all bike, and we’ve always said that such a bike is well-suited for most gravel, dirt road and mixed terrain rides and races. Often a simple swap of your mud rubber for a faster-rolling tread does the trick. Seeing a lot of climbing in your gravel crystal ball? Perhaps also adding a lower gear might help reduce your uphill gravel grunts.

Companies like Scott and KHS have proven the versatility of their cyclocross frames, offering gravel-oriented builds without a gravel-specific frame.

Yet despite most cyclocross bikes (and even mountain bikes) being well-suited for gravel rides and winning gravel races, sometimes it’s just plain fun to apply the N+1 rule in an attempt to justify yet another bike. We’ll never tell you that you need another bike, but maybe you don’t want to be troubled by swapping rubber, upsizing your 11-28 cassette for an 11-42, adding chain links and playing with B screws. Race and train for cyclocross on tubulars and rather not swap wheels for an occasional gravel grind? You may not need another bike, but a dedicated machine might be a convenient option.

So maybe you’re thinking about adding a gravel bike.

Nearly every bike brand is ready to meet your needs, with one if not more than a dozen bikes ready for mixed terrain cycling—and aren’t mountain bikes or road bikes. Every company has one, or ten. The $1,900 USD Rocky Mountain Solo gravel bike is the latest arrival. But what if you’ve got a smaller budget? Look to bikes thirty to forty years older. © Cyclocross Magazine

Walk into a shop or peruse bike company websites in attempt to find an ideal bike for such use? It’s understandable if you’re overwhelmed. Trek presents its Checkpoint, Boone, Crossrip, Crockett, Domane Gravel, 920, DS and FX hybrids, while Specialized counters with its Diverge, Sequoia, Crux, AWOL, Roubaix, Sirrus, Crosstrail and Ariel options (and I’m sure I’m missing others). Depending on your perspective, companies are making it easy to purchase a tailor-made, ready-to-ride machine for your exact needs, or are dividing pie slices into slivers so small, there’s not even enough real estate for their labels.

However, if your budget doesn’t allow for a brand new gravel bike, gravel frame, or even dedicated gravel wheels, and you’re not eyeing winning a brutal event like Dirty Kanza, there are a few decades’ worth of unused bikes collecting dust that are begging for new life as your gravel bike and can be had for a song. Bikes from the 60s, 70s and 80s are often great candidates for a gravel bike on a budget. This 1964 Carlton Flyer with Campagnolo Nuovo Record was just $100 and can clear 38mm tires. © Cyclocross Magazine

Yes, many road bikes from the 60s, 70s and 80s can make fine gravel bikes, even if we joke that gravel cycling wasn’t “invented” at the time. Although many of us enjoy venturing off pavement on our modern road bikes, manufacturers built bikes during the 60s through 80s for roads from that era, when dirt and gravel roads were certainly more prevalent, and the tight tolerances and aerodynamics shapes of sculpted carbon hadn’t yet taken over.

Intrigued by the possibilities of adding another steed and fun project, and want to know what to look for? Many European, American and Japanese steel road bikes from this period fit the bill, regardless of whether they were built around 27” (630mm ETRTO) or 700c (622mm ETRTO) wheels or subject to controversial import tariffs.

What? A road bike isn’t a gravel bike you say? I think back to my childhood and remember my father commuting on his road bike to work, with several miles of mandatory dirt road on his route. Today, doing that in the 80s and late 70s seems like an impressive feat, as he rode the rough roads year ’round without 40mm tubeless tires, disc brakes or a 40×46 low gear. Yet maybe he actually had it pretty good.

Steel road bikes back then typically had the geometry, tire clearance and often ride quality that will make you think they were designed with this gravel trend in mind, decades ahead of their time. Even though the term “gravel” wasn’t trendy back then, geometry wasn’t all that different from the latest crop of gravel and adventure bikes. Here are three examples:

No, they’re not identical, and not all mixed terrain bikes from this era resemble modern gravel bikes, but many of them are pretty close, with relatively low bottom brackets, and longer chainstays and wheelbases than modern road bikes.

A deeper look suggests they’re even closer than they appear. Yeah, the Trek Checkpoint has a slightly longer top tube than the 31-year-old Trek Elance 400, but the Elance has a slightly steeper seat angle, making the rider’s reach about the same. Three decades of development and in terms of geometry, we’re not far from where we started.

Getting into the follicles of such hair splitting probably misses the overall reality of “gravel” cycling though. The gravel term is so general, and can encompass anything from riding technical trails to loaded touring, that any versatile gravel bike is likely a compromise anyway.

Of course the latest crop of gravel bikes feature featherweight carbon frames, index shifting and hydraulic disc brakes. I’ll be the first to state I wouldn’t trade any of those for a chance to jump in a DeLorean to end up back in a world where all we’ve got is friction shifters and Weinmann centerpulls, but I’ll also admit that much of my “gravel” riding isn’t set back by such technology. I’m not sprinting out of hairpins or doing a lot of shifting under load, and most of it isn’t in wet, muddy conditions that can be to the detriment of rim brake systems. Heck, probably one percent or less of my gravel riding involves any form of competition and it’s more about enjoying the scenery, terrain and company. Friction shifting, a lack of chain-guiding ramps or braking that requires more than one finger don’t hold me back from still achieving these goals, and ride quality becomes a higher priority as the time in the saddle increases.

“The gravel term is so general, and can encompass anything from riding technical trails to loaded touring, that any versatile gravel bike is likely a compromise anyway.”

For some, the fun starts with the search, and Craigslist, eBay, Goodwill along with garage and estate sales are all fine ways to find your next gravel bike.

This 1964 British Carlton Flyer found a new home thanks to a blurry photo, $100 and Craigslist. This is how it arrived, in rideable condition: A $100 1964 Carlton Flyer might be rare, but finding a 1960s or 1970s British lightweight with clearance for 35mm or bigger rubber is not. With 700c wheels, 35mm tires and a bit of TLC, the bike will be ready to fly through all but the gnarliest gravel grinds. © Cyclocross Magazine

The frame is fully chromed, dressed with some classy Campy Nuovo Record and Tipo, and has plenty of clearance around 35mm tires. A bit of steel wool and fresh rubber have given it a new shine and life, but that’s just the start.

While Carlton might have some cachet, often more forgotten brands are the ticket to gravel glory on a budget. This $60 1970s Viscount Aerospace Grand Prix (with upgraded fork and quirky pressed-in bottom bracket) shows that having fun riding gravel is not rocket science and doesn’t require a space-age frame or astronomical budget. This $60 Viscount Aerospace Grand Prix has proven that selecting a bike for gravel riding is not rocket science. With new tires, bar tape and housing (recalled death fork replaced long ago), it should be ready for exploring off the beaten path, even if it won’t win any beauty contests or please period purists. © Cyclocross Magazine

Both the Viscount and Carlton orignally came with 27” wheels, but with 700c wheels, they offer more-than-generous tire clearance for many modern gravel tires.

Bikes from the 80s might be more commonplace, especially ones made in the States, and you never know when one will be just around the corner. This made-from-Reynolds 531 and made-in-Wisconsin Trek Elance 400 frameset was literally peeking out of a dumpster at my local corner store, begging to be rescued. It was missing wheels, and upon adoption didn’t feature all the same components, but on a shoestring budget, it became my first “dedicated” gravel bike, and survived the infamous muddy and hypothermic first installment of the mixed terrain Super Pro Spring Classic. Got one of these old steel bikes in your hands? Congrats! Depending on its condition and recent use, you may not need to do much, although most bargains that were prematurely retired will take a bit of work.

First targets might be new tires, tubes, brake pads and bar tape along with cables and housing, while some drivetrains may demand a new chain if not new rings and freewheel. Bar-end shifters might add some convenience. You might even need long-reach brakes should you be downsizing to 700c wheels, and depending on rear spacing, you might start getting chills wondering about cold setting re-spacing or finding period-correct parts. But we won’t worry about such details today. This is not about building a L’Eroica-compliant showpiece. Enjoy your find however you want.

In the upcoming Part 2 of this piece, we’ll dive into the details of possible upgrades and gotchas on such bikes. For some of you, the garage is where the fun really begins. Stay tuned.

Have you given new gravel life to an old bike? Drop a comment below. 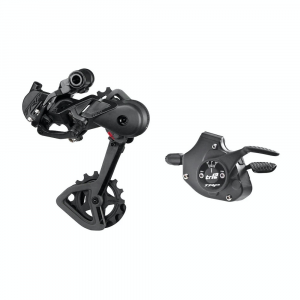 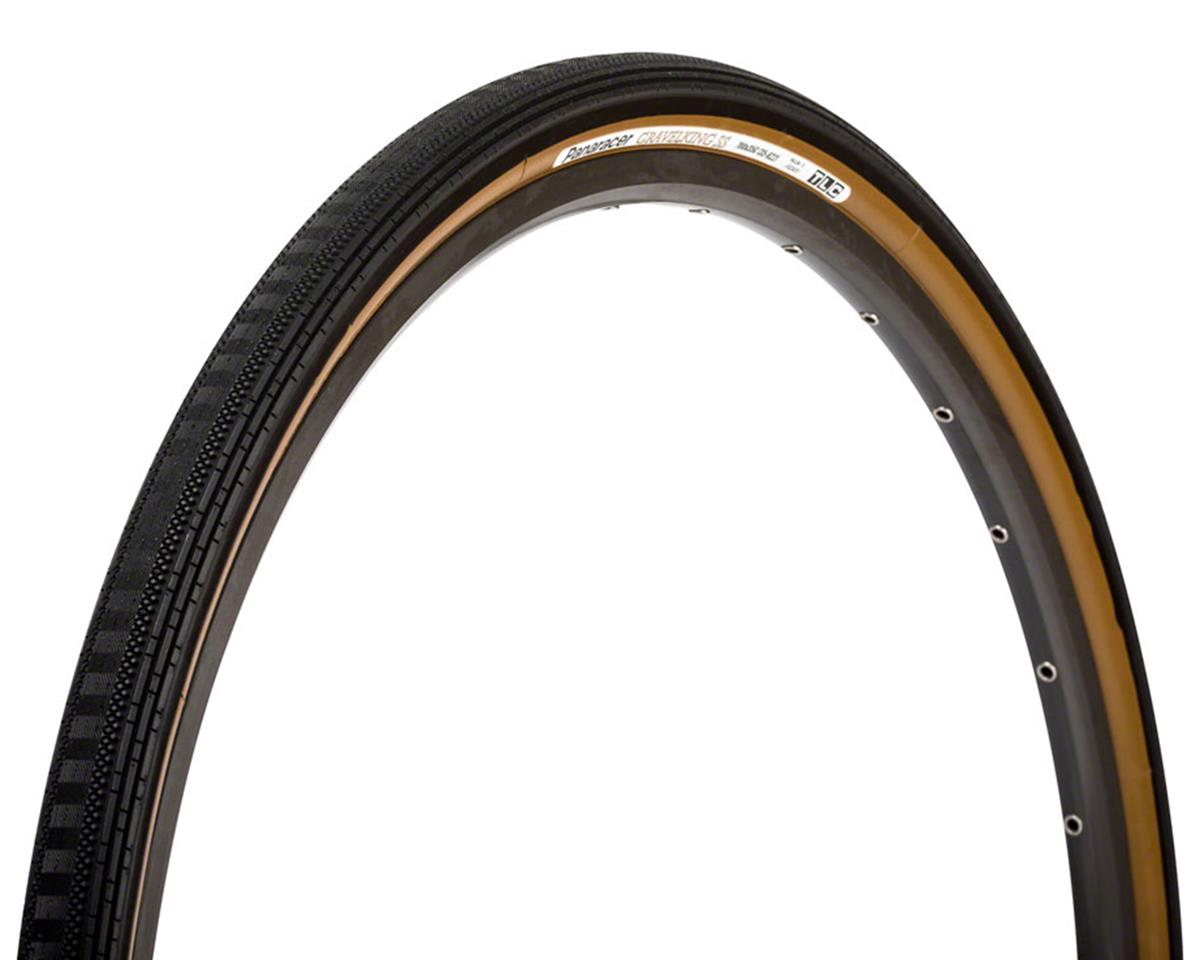 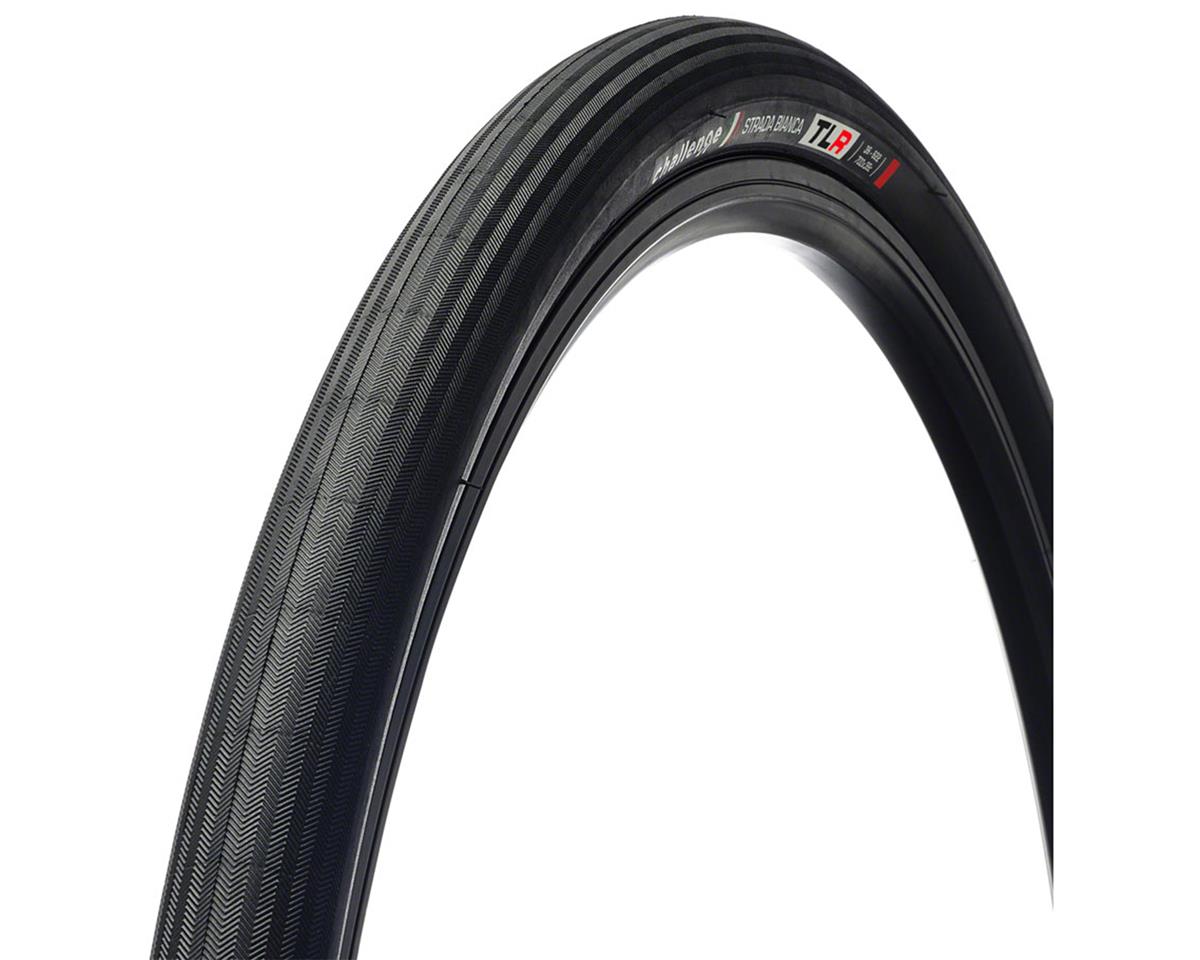 Next post CX Madness 2018: Vote For Your Favorite Cyclocrossers This March - First Round

Previous post Optimistic But Realistic: Checking In With Ryan Trebon About Future of the US Cup-CX