2015 winner Paul Curley took to the front early on, riding aggressively on his signature disc-style rear wheel. Going off the front was a tactic that played out well last year but was answered swiftly in Asheville by numerous counter-attacks.

After plenty of mid-race position shuffling, Root and Smith pulled away with Tom Chitwood (Soundpony Triad Bank) just behind until the final lap, as Curley slipped further back in the field. George Smith of Menlo Velo podiums with a silver for his newly-established team. © Cyclocross Magazine

With neither racer able to gain a solid advantage, the race was won in a sprint from the last corner to the line. Root was happy to improve upon his third place from 2015 with the win, and Smith matched his second place result from last season. Root and Smith had the tightest battle of the day in the Masters 60-64. © Cyclocross Magazine 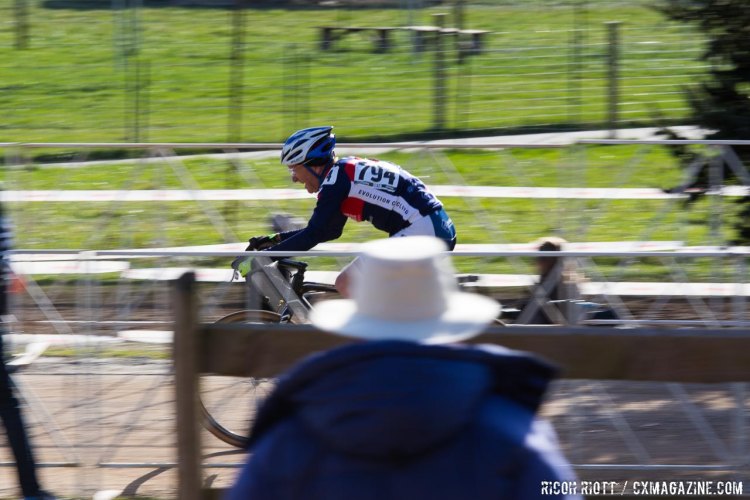 Root powers back through the crowds. © R. Riott / Cyclocross Magazine

Next post Fred Wittwer Distances the Men's 65-69 Field to Take the Stars and Stripes—Full Results, Video