One reason we love cyclocross is it packs fitness, skill and mental strength into an intense 30-60 minute package. Riding all out for an hour is a grueling test of toughness, but staying mentally focused on each corner and the race around you can be an equally demanding challenge. Coach Chris Mayhew has covered the importance of managing life’s challenges to race well on the weekend, and now technology may be able to assist in your efforts to find the right head space heading into race day.

This October, Smith Optics will be releasing the Lowdown Focus sunglasses that feature built-in EEG sensors and pair with a smartphone app to provide cognitive training exercises. Smith is also releasing the more traditional Attack sunglasses with a new proprietary lens-swapping technology. Today we take a look at the Lowdown Focus for clearness of mind, and the Attack for clearness of sight.

The CES technology conference is not necessarily a must-see for cycling enthusiasts – and it is often held during cyclocross nationals in early January – but this year we missed an interesting product unveiled at the event. Smith Optics’ Lowdown Focus sunglasses are a new type of eyewear that has built-in sensors to measure brain waves and pair with a mobile application to provide cognitive training exercises to help riders improve their mental focus.

The Lowdown Focus sunglasses were developed in partnership with Toronto-based tech firm InteraXon, which makes the Muse brainwave-sensing headband. The glasses measure brainwave activity using five EEG sensors located within the frame – two on the temples and three by the nose. The mobile application provides users with a variety of training sessions from 3 to 45 minutes in length that help focus breathing and block out distractions. Several other sensors are built into the Lowdown Focus, including a temperature sensor and gyrometer, but for the initial October, 2017 release, Smith is focusing on providing software to access just the EEG sensors.

One feature of the Lowdown Focus that sets it apart from the Muse headband is the product comes packaged in a pair of sunglasses. The Lowdown Focus glasses come with the company’s proprietary ChromaPop color-enhancing technology and polarization for glare reduction, and they are prescription compatible.

Andrew from our Cyclocross Magazine team got the opportunity to try out the Lowdown Focus glasses at the 2017 Press Camp in Utah. The demo of the application had him focus on his breath while listening to the sound of waves crashing on the shore. As his focus improved, he would be rewarded with the sound of birds chirping, and conversely, if his mind wandered, the noise of the waves would increase in volume and intensity.

Our Cowbell-Ringer-in-Chief posted the second-highest score of the week at Press Camp, proving what most of us already knew: he is basically the Jedi Master of cyclocross. The Lowdown Focus sunglasses will hit the market in October 2017, and they will retail for $350.

Smith’s new proprietary MAG technology uses magnets to hold lenses in place. The magnets are designed to firmly hold the lenses in place, but also to reduce stress on and damage to the lenses when removing them.

This three-second video ostensibly demonstrates the ease of the MAG lens technology:

Similar to the Lowdown Focus model, the lenses on the Attack line feature the ChromaPop technology, but they are not polarized. Attack and Attack MAX retail for $249 and will be available in August. For more information, see Smith Optics’ website.

Andrew Yee and Zachary Schuster contributed to this product spotlight. 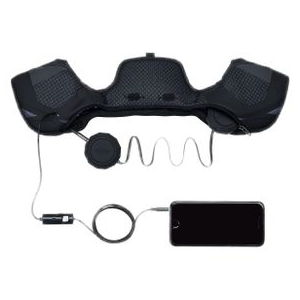 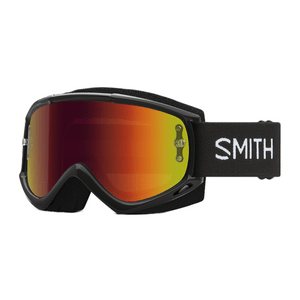 Next post Rumors and Rumblings: Hecht Starts the Fireworks, White Nabs 2nd at U23 Nats, Clouse, Stephenson Shine for Juniors

Previous post Pro Diary: Jack Kisseberth on Ending a Season, Prepping for Another

Training Tuesday: Develop a Race Day Routine But Be Ready for the Unknown Unknowns