Dylan Zakrajsek of Wisconsin is a new cyclocrosser, with just two seasons under his belt, but that hasn’t prevented the Tread Head Cycling rider from major success at first-time experiences. At the 2017 Montana Cross Camp, Zakrajsek, just 13 but with a racing age of 15, was the youngest camp attendee (a few months younger than Nicholas Petrov) and arguably the most inexperienced, but that didn’t hold him back from pushing older, more accomplished riders during drills and on the gravel climbs. We sat down with the Wisconsin state champ at Montana Cross Camp to learn more about the rising star and his first camp experience. Zakrajsek offers insight on some of the takeaways, particularly on running and what Americans can learn from the Euro pro running style.

See a transcript of our second of 21 Montana Cross Camp interviews below, and the full video at the bottom.

Cyclocross Magazine: This is your first-time experience, right?

CXM: So you’re 13-years old and you’re here with stars like Gage Hecht and Tobin Ortenblad, are those some of your idols in the sport?

DZ: Yeah, I’ve just been kind of looking out for those names and watching them at races. Learning from how they ride. Another big one I have been looking to, one of my big role models is Andy Schmidt [of Wisconsin]. Obviously he hasn’t ridden much because of his back, but even despite that, every chance that I’m able to, I’m going out and riding with him. I learn so much.

CXM: Is it kind of surreal rubbing shoulders with these guys in the same workouts?

DZ: Yeah, it’s really cool just to see what the difference is between my training and their training. Just to see the increase I’ve done with my running. The past few days I’ve barely been able to walk without pain, and just coming here and watching them do it, I’ve learned so much. How to go through the pain has been a really big help.

CXM: What was your motivation for coming to this camp?

DZ: Probably learning so much, just becoming a better person and a better racer by learning. It just gets you so far in the sport. Getting the know the role models you have along with getting better.

“The past few days I’ve barely been able to walk without pain, and just coming here and watching them do it, I’ve learned so much.”

CXM: You mentioned you wanted to come here to become a better person. Is there something about Geoff Proctor or the camp you heard might provide you with those skills?

DZ: I would say just because they’ve been in the sport so long, they know how to do stuff. I’m just starting the sport, I haven’t been at it for too long, so being with them is huge. I’ve learned to much, it’s so awesome.

CXM: Is cyclocross your focus?

DZ: I would say I’ve done a few mountain bike [races] and a lot of road, but I would say my main focus is cyclocross.

CXM: After four full days of intense workouts and packed days, how are you feeling?

DZ: I would say I’m feeling better than I expected, but I’m still sore and tired. I’m a little ready to get home because I’m tired and sore still. CXM: What’s the first thing you’re going to do when you get home?

DZ: Probably rest. Probably sleep and eat. Tell my family all about my experience here and teach the other kids I’m hanging around with what I’ve learned. The other Juniors who I’m riding with. They didn’t get to come here, to have this experience. Just to let them know about the experience I had.

CXM: Awesome, you’re already ready to give back, like we talked about earlier tonight. What’s the biggest takeaway from this camp?

DZ: The biggest takeaway has been running. I’ve learned a lot from watching the clips of Sven Nys, with your steps.

CXM: If somebody is watching this interview and they’re like, what did you learn about running? How can I change my running? What advice would you have for them?

DZ: I would say watching those clips compared to the USA [riders]. We tend to have longer strides and we need to practice, with the uphills, the shorter steps. It can become quicker and you save energy. That’s just one big thing I need to work on.

CXM: Effectively like spinning instead of pushing a big gear?

CXM: What’s been the highlight?

DZ: Getting to know and being able to ride with and have the resources of Geoff Proctor and Gage Hecht and the all the other big riders who are here.

CXM: You’ve spent a lot of time with Geoff Proctor, how would you describe him?

DZ: I would say he’s a fun guy to be around. He has a lot of knowledge, he’s so much fun to be around, you learn so much from him. He’s been one of the more fun guys I’ve been around.

CXM: On the surface it seems like he runs a tight ship. He’s an English teacher, so he may seem like a bit of a disciplinarian, but I think he probably opens up after you’re around for a few days?

DZ: Yeah. Having the background he has as an English teacher and riding and being in Europe, he’s learned so much. For him to give back to the Juniors is so huge for us.

CXM: What’s your biggest goal for the ’cross season?

DZ: I have a few goals. To be able to practice having better running. I noticed when I ran at Jingle Cross and the other big races I would kind of lose ground on the hills and with the running. That’s probably one of my main focuses, running.

CXM: Outside of ’cross what keeps you busy?

DZ: I did live on a camp, and so I used to help a ton with the camp.

CXM: What camp was it?

DZ: It was the Lake Geneva Youth Camp. It was basically just a Christian camp where you get to know The Word. You’d get to know the kids and stuff.

CXM: What was the funniest experience with the camp?

DZ: We do some bike trips there. Some of the fun things I do is just mess around and do wheelies and everything. One time I was doing them around the parking lot and I ended up flipping backwards. It hurt at the moment, but now thinking about it, I just laugh because it’s one of those silly things.

CXM: What about this camp? My room is right next to you guys, I heard a lot of laughing.

DZ: Some of the fun things on the rides that are just happening. You see something were you start laughing about. Just having fun on the rides.

CXM: So kids can still be kids?

DZ: That’s one of the good things, it’s not like super strict. Obviously it’s scheduled, at the same time you can be a kid, you can have fun, you can laugh. It’s not over intense. It’s good to have some freedom.

CXM: If another kid is watching this video and aspires to come to this camp, but they want to come prepared, what advice would you give them?

DZ: I would say to practice a lot with running and with your skills. If you have the ability to get to bleachers do a bunch of different drills. Do some different circuit stuff like jump roping. It’s not just cycling that you do here. There are different skills you bring. If you are a track runner or cross country runner, that stuff will bring you along. CXM: Hopefully we’ll see you back here at camp?

“I would say to practice a lot with running and with your skills. If you have the ability to get to bleachers do a bunch of different drills. Do some different circuit stuff like jump roping.”

CXM: Thank you for your time.

See the full video interview below.

Check back regularly as we post all 21 interviews from the 2017 men’s Montana Cross Camp and continue our camp coverage here. (We regretfully could not attend the women’s camp due to budget and scheduling constraints, but have coverage of the inaugural women’s camp here). 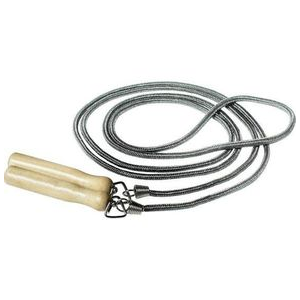 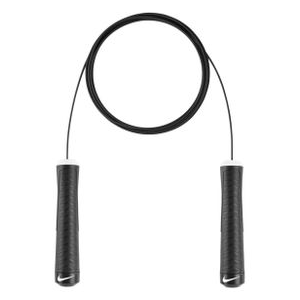