The 2019/2020 cyclocross season has been a special one for many reasons, but perhaps none were larger than Madigan Munro’s ride at Worlds in Dubendorf, Switzerland in the first-ever Junior Women’s World Championship race. With her stellar third-place result, the Boulder Junior Cycling rider added her name to an extremely short list of American podium finishers at the event. She’s one of just eight Americans ever to claim such fame, and of course, the first junior woman to do so.

The result capped off a spectacular season for the over-achieving junior phenom who had already achieved results on the international stage on the mountain bike at Junior Worlds at Mont-Sainte-Anne several months back. She stormed into the cyclocross season, announcing her presence emphatically at the first World Cup race of the year at Jingle Cross with a 14th place finish in the Elite Women’s race, and would go on to accumulate championship jerseys at the first-ever Junior Women’s Pan-Am Championship event, and another at the Junior Women’s National Championship in Lakewood, Washington.

Munro was an easy selection for Team USA and was part of the squad that went to Europe after Nationals where American riders got to represent their country at several high-profile events and gather valuable racing experience in the lead-up to World Championships.

CXM contributor Neil Schirmer caught up with Munro to chat about her time in Europe, her World’s race, and what’s in store for the rest of 2020.

Cyclocross Magazine: So how does it feel to be on the shortlist of Americans who have made it onto the podium at the Cyclocross World Championships?

Madigan Munro: It’s very exciting, and it makes me pretty proud to think about making history and getting a medal at the first-ever Junior World Championships for Women.

History was made with the first-ever Junior Women's cyclocross world champion crowned and an American medal by @maddie_munro! See the full results and upcoming report on our site. 📷@barthazen #cyclocross #veldrijden #wielrennen #dubendorf2020 #cxworlds

CXM: I’m curious about the details of your Worlds race and how it went. I know from our previous conversations that you felt like starts were something that you wanted to improve. How did you feel about your start there and walk me through the rest of the race.

MM: My start was definitely not what I’d hoped it would be. I’d definitely been practicing starts before that, and I think once it got down to it, the nerves with that big of a race, and being at that level of competition and on the front row with those girls, I think I just got a bit too nervous and in my head about the start. Then I sort of got pushed back and was eighth wheel I think, going into the first flyover. I just had to work my way up from there. I just went hard and tried to catch as many girls as I could in the first lap, and then I ended up in this group of three other girls for the whole first lap. Then I passed them and started to gap the British girl who got fourth, then I kind of rode the last two and a half or three laps mostly by myself, so I was just trying to keep that gap, I started to close down on the second place girl, but most of the time I was just riding by myself, just trying to go as hard as I could. I did crash at one point on the second lap on one of those pavement turns, but other than that, it was pretty smooth I think.

CXM: Do you prefer racing with people, or do you like being on your own, being in the zone, picking your own lines and not having to worry about others around you as much?

MM: I think it really depends. I do think there are certain courses where I know I’m going to do the best if I have a group of riders to hang on to, and draft off of wheels, and just not have to push myself super hard all on my own. But then, there are definitely times on really technical courses where I like more to be by myself so I can see what lines I want to take and not have to worry about if the girl in front of me is going to crash on a downhill, or not make it up a steep uphill or something like that.

CXM: How did you feel about the course? There were lots of opinions from afar, and a lot of people thought it looked pretty plain, but it looked like it could have been challenging with some of those steep ups and the flyovers. What were your thoughts on the course overall?

MM: Coming into it, it was a big unknown. There were lots of people talking about what they thought it would be like, and I was a little skeptical because I thought, it’s going to be so flat and straight-up power the whole time, but then it turned out that some of those flyovers and the little running uphills, those were pretty steep, so they definitely did get tiring. The grass was super heavy and thick for our race, so that made it a lot harder too, and especially more mentally challenging to keep going through that. So, it turned out to be a pretty difficult course I’d say, even though it didn’t really look that hard. It ended up being a lot better than a lot of people expected.

CXM: I was out riding in December in between the Christmas block and Worlds, I believe you were back home here in Colorado doing some training. Were you out doing some motorpacing behind a scooter on the dirt roads north of Boulder around that time? I just remember seeing the blur of a blue Team USA jersey fly by and I figured it had to be you.

MM: Yeah, we got to do some motorpacing, that was the first time I had done that, it was pretty hard!

CXM: Who was on the moto? It doesn’t sound like they took it easy on you.

MM: Pete [Webber] was driving it, and we went out on those dirt roads by the reservoir most of the time. It was pretty good training!

CXM: I’m not sure if you saw the picture that Bill Schieken took of you on the podium with the Team USA Elite men riding by on their course inspection ride, cheering you on. Do you remember that and what you were feeling in that moment? [Caught on video at 5:13 in Kerry Werner’s vlog below]

MM: I definitely remember that, because I remember standing on the podium and there are so many photographers and all these people watching, but the riders were still coming through and they were pre-riding so they all just came by and looked at me and were cheering, it was pretty cool to see them for sure.

CXM: I don’t know if it was just the social media coming through this year, but Team USA really seemed to have a nice family vibe going on. How did you feel about spending that time over there with that group? Did it feel as family-like as it looked from afar?

Our Junior Women and U23 Men took the course this morning to spin out the legs and get lines in order for Day 1 of #dubendorf2020 tomorrow! Racing kicks off with Junior Women followed by U23 Men and the Elite Women. We’ll be tweeting the action live at @USACyclingLIVE starting tomorrow. Until then, keep following along here to get behind the scenes peeks into what our National Team is up to in Switzerland! #MudFund #USACNT 📸: @lewisgregoryphoto

MM: Definitely, I think a big part of it for me at least was getting to travel over there over the Christmas block, I got to know a lot of those riders really well, especially the other Junior girls and guys, and we spent a lot of time together, so I think I built some pretty good relationships and some new friendships with those people. Traveling to Worlds we were really lucky, the Elite riders were super helpful, especially pre-riding, The guys would come and give us tips and advice and when we weren’t riding we’d get even more advice from them and racing tips and all kinds of stuff. Everyone was super friendly. We’d have team dinners together and we definitely spent a lot of time together, so it did feel very family-like. Everyone was super supportive, and it was just a great environment overall, for sure.

CXM: I heard in conversation with Clara Honsinger that the crew of mechanics was comprised of Americans where in the past that was outsourced to local European mechanics. Do you feel like that contributed to a better overall experience for riders and the team in general?

MM: Yeah, I think the mechanics were great, and I’ve only been on a few big trips with USA Cycling, so I haven’t had a ton of experience with the mechanics in general, but this year at least it was super nice having Brenna [Wrye-Simpson] there, the first female in the pits, that was pretty cool to see. She was a great person to have to ask for help, she really knew what she was doing, so that was awesome. I think the whole crew, in general, was great, even the non-American mechanics were really nice and really good at what they do, so it was just a great team.

CXM: Have you thought much about what you’re going to do with the rest of your year on the bike? Are you looking to race road or will you be racing your mountain bike again? Maybe both?

CXM: How about off the bike over in Europe this year? I know Team USA went to Spain for some warm-weather training. Did you have any memorable experiences in that capacity that stick out in your mind?

MM: Honestly, just all the time spent hanging out with the other juniors. Most days we would just ride into town and go get coffee or shop around, and that was pretty fun, that was our daily routine, to ride the townies. Also, over the Christmas block we did “Secret Santa” and that was super fun, there were some pretty funny gifts in there.

CXM: Were there any other lasting impressions from this cyclocross season that come to mind as you look back?

MM: One thing that was super helpful for Worlds, and really sticks out for me was the team training that we had. Since we had four BJC kids go to Worlds this year, that was pretty exciting. We got to do a lot of mock racing and training sessions all together, and even the kids who were on off-season on BJC would come out and have mini-races out at [Michael] Robson’s farm, or at the park, so that was pretty cool to have the team camaraderie [at home]. Lots of kids came out, so that was pretty fun, leading up to Worlds.

CXM: Thanks so much for the time and good luck with the rest of your school year.

MM: Thank you, I appreciate it. 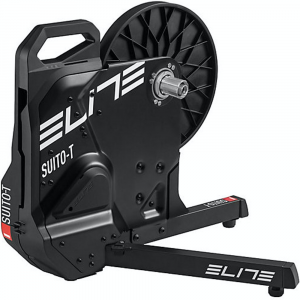