Although hydraulic disc brakes are now popular and standard equipment on many mid-range and higher cyclocross and gravel bikes, many of us still ride bikes with mechanical disc brakes and appreciate their advantages. As we near cyclocross season, now is a great time to replace your brake pads and make sure the brakes are set up correctly. To that end, we’re featuring a helpful and popular piece by Jason Gardner on setting up your mechanical disc brakes from a few seasons ago.

There is no denying that disc brakes are the dominant stock brake type among cyclocross and gravel bikes today, and even the most affordable bikes typically come with mechanical disc brakes. Their benefits are well known; tire clearance is now only a matter of the frame. They can be more powerful with more control than rim rim brakes and they are not so nearly affected by water and mud. Apart from all these benefits though, the tighter tolerances associated with disc brakes lend themselves more easily to poor adjustment, and improper adjustment on disc brakes can ruin your race more easily than a poorly adjusted cantilever. Too loose and you lose your braking altogether; too tight and your brake drags the whole time. The down side is these poor conditions happen a lot easier to disc brakes than to cantilevers. Setting up disc brakes correctly is going to be a big new part of cyclocross. Jason Gardner

In order to gain a proper understanding of disc brake setup, we need to have a full familiarity of the parts which comprise a disc brake. A mechanical disc brake is made up a brake lever, a caliper, a cable connecting the two and a rotor. (A hydraulic brake replaces a cable with hydraulic lines, and adds a master cylinder at the lever). The caliper, the actual brake bolted to the bike, is made up of two brake pads, inboard and outboard, between which the rotor will be clamped to provide the braking.

The brake pads sit in the caliper in two orientations. The first, the inboard pad, sits as a fixed/adjustable pad. It is adjustable during setup, but then remains fixed during operation. The second pad, the outboard, is the moving pad. This pad is attached to an arm on the caliper. This arm contains the cable clamping and rotates when the brake lever is depressed. This action moves the outboard pad inward toward the inboard pad, thus clamping the disc rotor.

There are two styles of outboard, movable pads. The first has no initial setup adjustability apart from how far the caliper arm is rotated and cable clamped. The Avid BB5 is the best example of this. The second style has a movable pad, which has adjustability independent of the caliper arm. The Avid BB7 and Shimano BR505 are examples of this style brake. These have a dial on the outside of the caliper-actuating arm which when turned inward will move the pad inward. When purchasing a disc brake, I suggest spending the few extra dollars and buying the version with independently adjustable pads like the BB7 and BR505 [Ed note:, since this article was first published, we’ve seen new mechanical disc brakes from Paul, TRP and Rever, and BB7SL and BB7S versions]. Also, make sure you purchase the road bike version, as its leverage is designed specifically with the leverage of road bike levers. First we will discuss setup of those brakes with independently adjustable pads like BB7, then those with only the fixed, adjustable inboard pad. In either case, the essential setup goal is the same. We are trying to achieve a brake in which the brake pads are aligned squarely with the rotor and the inboard pad protrudes far enough into the caliper to provide full clamping of the rotor between the two pads. With the brake attached to the bike, loosen the caliper mounting bolts. © Jason Gardner The rotor should be sitting center in the gap or slightly to the outboard side. © Jason Gardner

This inboard pad position should be one of your greatest priorities. If the inboard pad is too far out, when you hit the brake, the outboard pad will clamp the rotor against the caliper instead of the brake pad. If the inboard pad is too far out, when you actuate the brake the outboard pad will clamp the rotor against the caliper instead of the brake pad. © Jason Gardner

This is the number one problem with disc brake adjustments that I see. If the position of the caliper is too far outboard, such that you have to back out the inboard pad too far to stop the rubbing, then you will need to repeat your steps. Be advised that in some cases you may need to turn in the inboard adjuster more on your second attempt than on the first. Once you have achieved a caliper position that allows enough inboard brake pad into the center of the caliper and neither pad is rubbing, you can clamp the cable.

Clamp the cable: rotate the caliper arm back slightly and clamp the cable. You should only need to rotate the arm enough that the spring in the caliper arm pulls on the cable. If you are clamping the cable with the arm rotated more than one quarter of its allowable distance, this is a good sign that your overall adjustment is not optimal. With the cable clamped you can then use the outboard pad adjuster to move the pad as close to the rotor as possible without it rubbing. This should give you a good, neutral lever throw with the best possible braking performance.

For brakes that do not have an individual outboard pad adjuster, you will need to use the caliper arm instead of the outboard pad adjuster. Loosen the mounting bolts. Turn the inboard adjusting knob in until the pad is about the center of the gap in the caliper. Then rotate the caliper arm so that it presses the movable pad in and clamps the rotor between the pads. Holding the caliper arm down, tighten the mounting bolts to snug. When you release the arm, the outboard pad should not rub the rotor. Back off the inboard pad until it no longer rubs. Inspect that enough inboard pad extends into the caliper. On these brakes you may need to rotate the arm slightly more for cable clamping but again, if you are rotating the arm too much, then caliper can likely sit more inboard. Loosen the mounting bolts and try it again. Your final adjustment should yield a solid feeling brake in which the brake pads squarely contact the rotor at the center of the brake caliper.

Keep in mind that you may not get the correct adjustment the first time. After a couple attempts though, you should get it quite easily. As your pads wear, simply use the pad adjusters to compensate for the wear. One final consideration involves how square the disc tabs are. Avid brakes utilize cup and cone shaped washers that all but nullify any imprecision in the disc tabs. Shimano brakes, however, are only adjustable side to side. On Shimano brakes, if you are having difficulties with the rotor touching the top of one pad and the bottom of another, then you may likely need to have your disc tabs faced. See a qualified mechanic with proper tools for this work.

I know this was a long one, but proper setup is critical to getting all the benefits that this wonderful world of disc brakes has to offer. 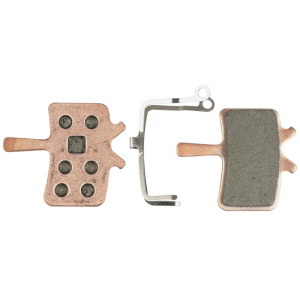 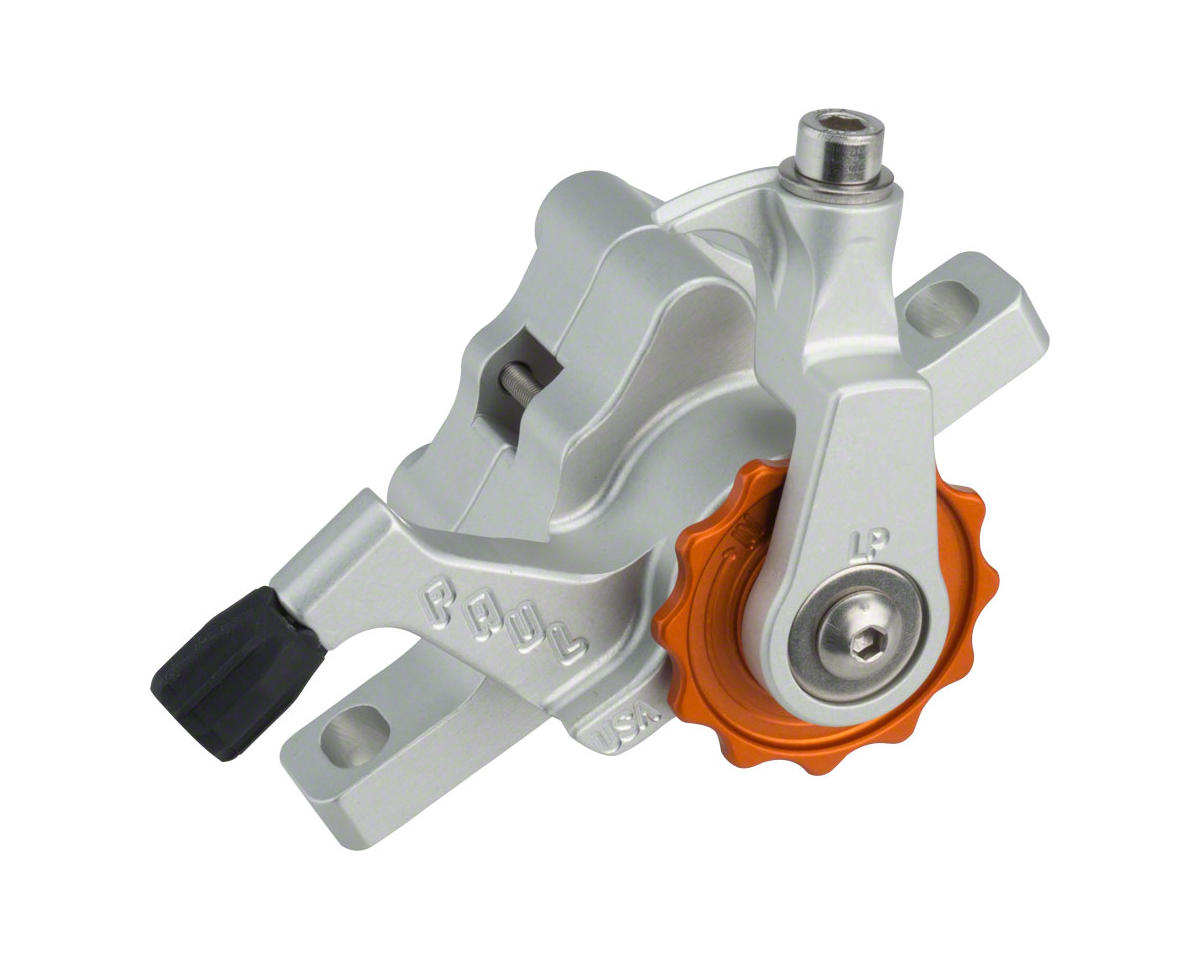 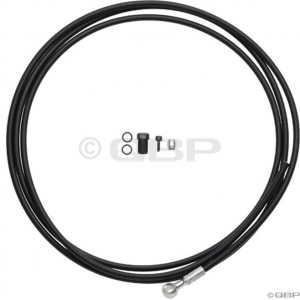 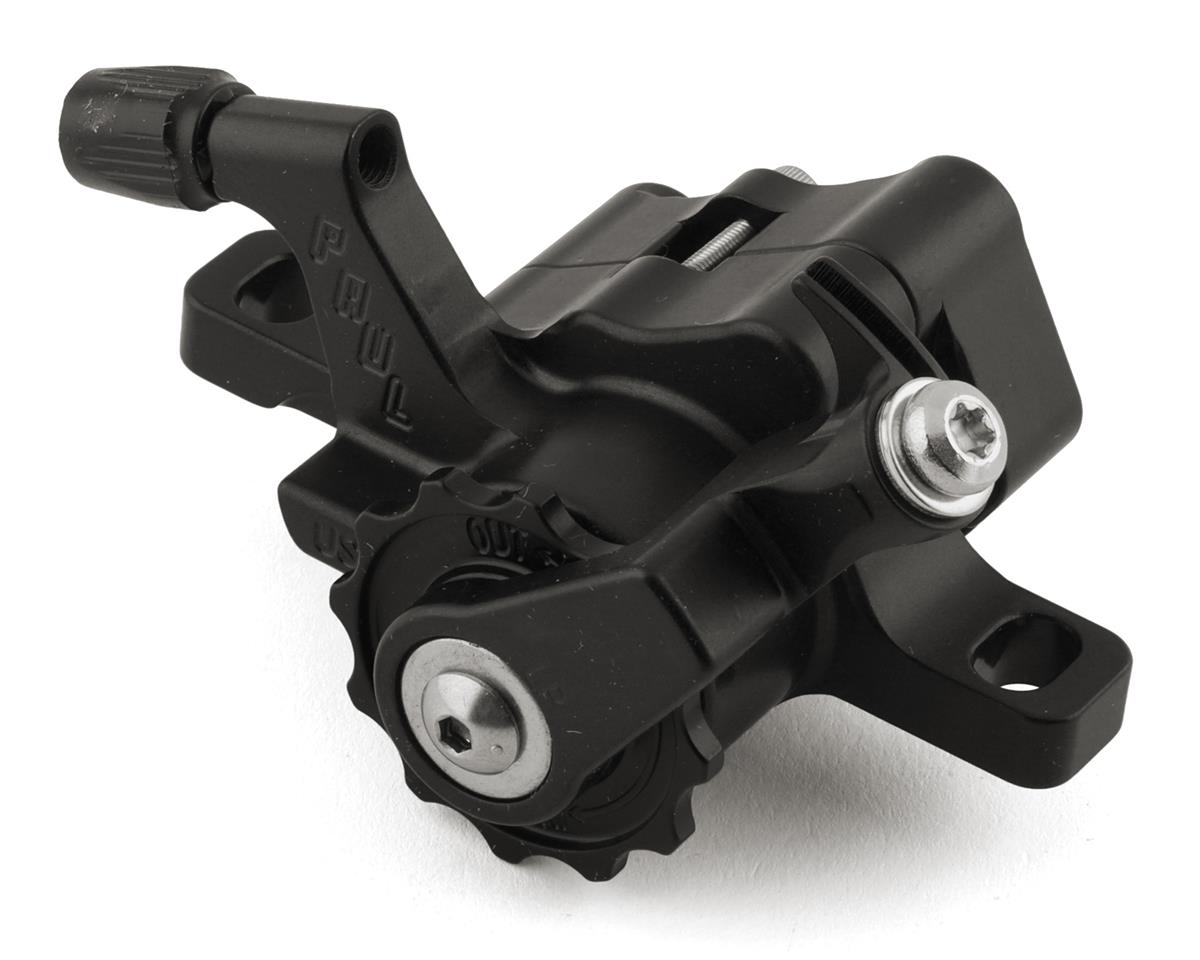