On the day the Ronde van Vlaanderen (Tour of Flanders) spring classic scales the Koppenberg, we’ve got a bit of Koppenberg-related news.

Mein and fellow U23 Brit Fin Robertson have now paired up to form The Belgian CX Project, and are looking for financial help to make it happen for this coming cyclocross season. Full details below.

The Belgian CX Project (BCXP) is an organization lead by two young north east cyclists: Fin Robertson and Thomas Mein, who, with the help of others, are setting up this group to allow young cyclists to live, train and race in Belgium over the 2017/18 cyclocross season and beyond. Thomas Mein of the Belgian CX Project racing to the front. © Alan Draffan

Robertson and Mein are hoping to become two of the first young British riders to go to Belgium (the heartland of cyclocross) to race a full self-funded European season. By doing this, they are hoping to gain experience living, training and racing like full-time athletes over the four-month period from October to February.

In the future, the two young men are hoping to race full time and also keep the Belgian CX Project up and running to encourage other young people from Great Britain to travel overseas and follow in their footsteps (or tire treads). Both Robertson and Mein ride for Derwentside Cycling Club (DCC), a small Go-Ride club based in North East England, which has supported their development over the past few years. It helped both riders to develop as ’cross riders and gave them a focus and direction that helped them become highly competitive on both a local and national level. During the 2016/17 winter season the riders had a taste of success at the infamous Koppenbergcross. Mein took his first international win as a junior at Koppenbergcross and he represented Great Britain on several occasions, including finishing 31st at the World Championships in Luxembourg. Read more about Mein in this great write-up here.

Robertson, racing as a first year U23 rider, raced his first top-level Elite race and finished 43rd. The huge step up from being a junior was a difficult one, but this performance gave him the belief that he could compete at that level. Thomas Mein leading out the Koppenbergcross on his way to victory. Belgian CX Project. © Alan Draffan

These historic performances had a massive impact in the British Northeast cyclocross scene and in particular gave hope to the younger riders that they too could aspire to reach the top too.

Over the next few weeks they’ll be rolling out a blog, where you can keep up to date with what the riders have been doing and an events calendar where you can see when they’ll be running kids sessions in the northeast to pass on their skills and try and raise some funds for the trip. 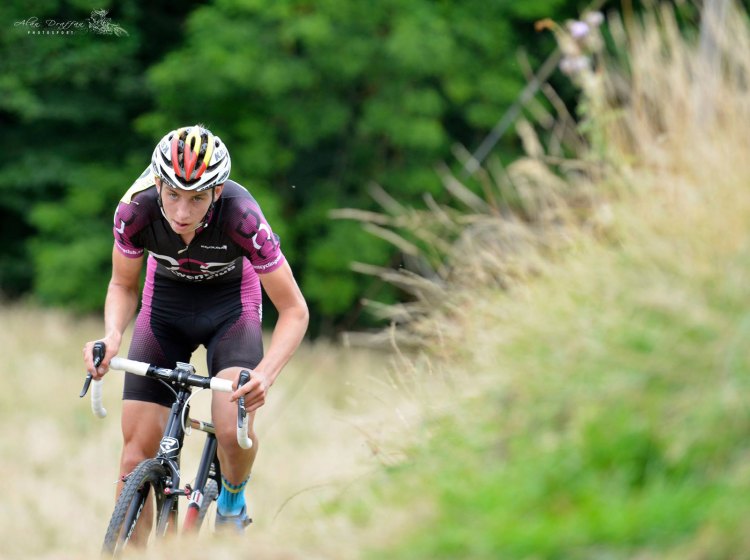 In the meantime they have set up a GoFundMe page, were they are trying to collect donations to allow them to afford travel, food, accommodations and race expenses. All donations will be greatly appreciated and the lads will keep you up to date on how the money is spent and has helped them achieve a dream of theirs.