With less than a month remaining before cyclocross racing returns to the New Jersey State Fair, the focus of attention is shifting to the serious side of SpectaCross and its keynote Garden State Open. While much of the attention during the months leading up to SpectaCross were understandably centered on some of the amusing, left-of-center aspects of the event, such as PokerCross and the make-your-own-class Classy Classic, race promoter Ken Getchell emphasizes that SpectaCross isn’t lacking in real racing. “First and foremost,” said Getchell earlier this week, “SpectaCross is about racing. Yes, we have fun and do some crazy and silly things. Yes, we have a sense of humor. But it’s definitely not some East Coast Burning Man hippie festival. We operate with a completely paid staff, no volunteers. We’re also one of the rare U.S. ’cross races to utilize chip timing and we pay a lot of prize money.”

Nowhere is the serious side of SpectaCross more evident than during Saturday’s Garden State Open under the stadium lights of the fair’s Miller Lite Entertainment Arena. Eschewing the traditional scrum or order-of-entry call-up methods, SpectaCross last year became the first major American cyclocross race to seed riders in every class by a national ranking system. Following the successful implementation at last year’s SpectaCross, CrossResults.com has recently announced that the Gran Prix of Gloucester (a.k.a. “the New England Worlds”) will join SpectaCross in using CrossResults.com’s racer ranking system to seed its classes and races in 2010.

This year, SpectaCross also breaks new ground again with a new “open” format for its signature event, the Garden State Open. “The CrossResults.com ranking system worked so well last year,” explains Getchell, “that we realized we could dispense with the rider categories altogether this year and group the riders according to their actual results. This is especially important for our event. Because of the short length of our track, we can’t put hundreds of Killer B’s on course at one time. Yet, because our races are a big part of the State Fair’s opening weekend entertainment schedule, we can’t have a situation where we only have a minimal field of Elite riders in the feature event. Using CrossResults.com and a race format similar to that used by the World of Outlaws sprint cars, we figured out how to make sure that all of the fastest dudes are in the main event, regardless of what category they normally race in. And the format also allows us to have well over 200 entries in the Garden State Open without ever putting more than 30 riders on the track at one time, about the same number of starters you typically have in a European Elite race.”

According to the format description published on the race Web site, the highest-ranked 25 riders in attendance will automatically qualify for the “A-Main”, the main event held at the end of the night. The remainder of the entries will be sorted according to their rankings into “B-Mains” and “C-Mains”, with winners of the B-Mains qualifying to compete again in the main event and the winners of the C-Mains likewise qualifying to compete in the one of the B-Mains. “Our race is unique in that, even though you are ranked and organized by your past results, you’re not limited by your past results,” says Getchell. “Everybody has a shot at the prize money, if they can ride fast enough to beat the riders they need to beat on that day.” There will be two C-Mains and two B-Mains so that the winners of each have time to rest and clean their bikes before competing in their next race. In addition, there will also be two “Last Chance Qualifier” races, or “LCQ’s,” following the B-Mains that will also qualify winners to the main event. According to Getchell, the purpose of the LCQ’s are two-fold, “The LCQ’s allow us to accept late, or race-day, entries. Obviously, we can’t re-seed racer numbers every time somebody registers on the day of the race. Having LCQ races allows us to have a place for these unseeded late entries to race and yet still have a chance at the money-paying positions. And, the LCQ’s also serve as a second-chance for riders who believe they belong in the main event and who, for whatever reason, weren’t able to qualify through their heats into the A-Main.”

The folks behind SpectaCross are clearly not afraid to step out of the comfort zone and introduce new innovations when they think it will improve their race. Building on the success of last year’s innovations (which were labeled by some critics as “odd” and “bizarre” before their successful implementation last year), they have devised an elegantly simple program that addresses many of the current hot-button issues in American cyclocross. By completely relying on a national database, their system not only provides a simpler and more equitable system of filling classes and assigning start positions, it promises to keep competitors (both fast and slow) from competing in classes which they had no business entering to begin with. But it’s a big change. Despite the anti-establishment stereotype of cyclocross, there is often pushback when race organizers step away from the accepted norm. Time will tell if the format used in Garden State Open is a viable alternative to the current system, or a failure. But, if last year’s reviews are to be believed, SpectaCross has a successful track record with its new innovations.

The New Jersey State Fair SpectaCross starts with the Cyclocross Magazine Friday Night Sprints followed by the Revolutions Wheelworks World Final (and Beginning) of PokerCross on August 6. The following day will see several novice races, the Battle of the Sexes and the BikeClicks.com Classy Class(sic) prior to culminating with the Garden State Open on Saturday evening. The races are an official entertainment feature of the New Jersey State Fair, and there are also several clinics scheduled throughout the weekend. Full details of the event are available at www.SpectaCross.com.

Next post Lars Boom: The Mind of a Tour de France Racer

Battle of the Sexes 2.0: Marianne Vos and Maarten Ducrot in a Mountain Duel 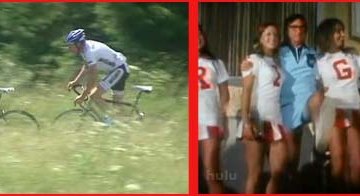 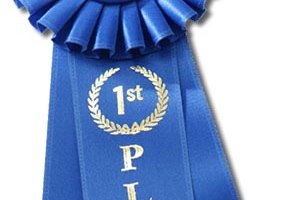