Conshohocken, PA: Controversy struck the opening day of registration for next summer’s New Jersey State Fair SpectaCross.  As always, SpectaCross is organized differently to take advantage of the Fair’s schedule and to give racers more track time with races such as the Cyclocross Magazine Friday Night Sprints and the Garden State Open presented by SpectaSport Digital Chip Timing.  One of the races on the program, the BikeClicks.com Classy “Class(sic)” consists of classes not normally found in bike races, and which are primarily suggested by racers themselves.  Classes such as “Diabetics”, “Military Vets”, and “Red Sox Nation” are part of the race that’s a small part of the overall New Jersey State Fair SpectaCross program taking place on August 6-7.

On Monday evening, organizers of the event were shocked to find Mike Hebe, the Director of the MAC Series, entered in the “Mothers” class.  “At first we thought it was a mistake,” said Ken Getchell of SpectaSport, the event’s promoter.  “But when we contacted some of the people that know Mike best, they pretty much all agreed that he is, in fact, a mother.”

Of course, allowing Hebe (a road, mountain and triathlon racer who is also one of the faster Elite Masters riders in Mid Atlantic cyclocross racing) to compete as a mother could upset the competitive balance of a class designed for women, forcing SpectaSport to scramble to adjust.

“Registration is already open, so we can’t change the class,” says Getchell.  “So we’ve decided to utilize the capabilities of our chip scoring and award all of the classes in the BikeClicks.com Classy “Class(sic)” based on gender.  For example, we’ll have have both a Men’s and a Women’s winner in the Red Sox Nation class.  There are a lot more mothers in bike racing than many people realize, this will let all of them compete on an equal footing.”

Next post Tim Johnson Reflects on Worlds, Readies for Road SpectaCross to Spice Up Summer Racing with PokerCross 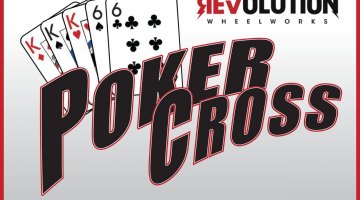