A ‘Cross Race Breaks Out in Marblehead

If it weren’t for the quick sprinting by Cervelo Test Team’s Ted King, cyclocross would have ruled the day (April 5) at the Michael Schott Memorial Circuit Race in Marblehead Mass. Ted King took the win by the slimmest of margins over former National Cyclocross Champion Tim Johnson, riding for team OUCH. Johnson has proven time and time again this season that he is worthy of OUCH’s captain status, and that he has held over much of his cyclocross fitness for this year’s road season. A whole bunch of his normal ‘Cross competition was in the mix as well, as Johnson was able to outsprint Adam Myerson, who finished third, former National Cyclocross and Road Champion Mark McCormack, this year’s U23 National silver medalist Nick Keough, Matt White, Justin Spinelli and Justin Lindine in that order. Other cyclocross notables in the race included Mark’s older brother (and former Cyclocross National Champion) Frank McCormack in 9th, Division 1 Collegiate Cyclocross Champ Will Dugan, who finished 23rd, Alec Donahue who finished 24th, Josh Dillon who finished 30th and Nate Ward, who finished 56th.

Fresh off her Elite Women’s World Championship in cyclocross, reigning Dutch road race champion Marianne Vos set to work in one of her many other disciplines, winning the first women’s world cup of the season. Vos put over three and a half minutes into the remnants of the chasing field, along with breakaway partner Emma Johansson. Conditions on the day were rainy and generally miserable, with 81 of the riders calling it quits before the line. Vos, no stranger to tough conditions, easily took the sprint from Johansson and earned herself not only a big win, but the year’s first World Cup leaders jersey. Vos and Johansson went clear after 92 kilometers of the 120 kilometer race, and were never to be seen again.

One week later, Vos, now wearing the World Cup leaders kit, suited up for the women’s Tour of Flanders, a 136 kilometer route that follows the longer edition that the men do. Vos was in the mix up to the line, even going on the attack with little room left in the race. The solo venture came to nothing, however as Vos was caught just two kilometers from the line. Vos’ attack came over the vaunted Bosberg – the last of the race’s infamous cobbled hills – and for a while, it looked like Vos would have what it took to take home her second straight World Cup race, but the size and strength of the chasing group proved to be too much, and Vos would resign herself to a sixth place finish, which was won by Columbia’s Ina Teutenberg. Vos managed to maintain her lead in the World Cup rankings with her finish, 14 points clear of 2nd place – Emma Johansson.

US National Vice Champion Jamey Driscoll scored his first win of the young road season this weekend at the 26th annual Army Spring Classic Collegiate Cycling weekend, winning the weekend’s Uphill Time Trial. The race, held on the beautiful campus of the United State Military Academy in West Point, NY, was a 2.4 mile climb that rose up from the banks of the Hudson River to the surrounding highlands. Driscoll’s time of 9:55 was a full 15 seconds faster than the day’s second place finisher. Earlier in the weekend, Driscoll managed a second place finish in the Army Spring Classic road race. When not racing for Cannondale-Cyclocrossworld.com or Rock Racing, he suits up for the University of Vermont where he is a graduate student. Driscoll has told Cyclocross Magazine that his Rock Racing does not come at the expense of his rising ‘cross career.  “Fortunately they are well aware of my cross commitments to Cannondale/Cyclocrossworld and racing for them will not effect my fall season,” the UVM rider said.

US Worlds team member Matt Shriver, who had his breakout season last year in making the trip to the UCI Cyclocross World Championships, has decided to hang up his professional cleats. Rather than leave cycling entirely as some racers choose to do, Shriver has joined the collegiate cycling powerhouse Fort Lewis College as a coach and director. Said Shriver, “My goals are with the college program now and keeping Fort Lewis College at the top.” Shriver will also be going some R&D with Trek Bicycles in the off-road division, working with Travis Brown to develop their mountain bike technology as well as helping with cyclocross R&D when the time comes. Shriver will not be completely absent from the cyclocross scene, however, as he is planning on attending the major local races around Fort Lewis, Colorado. “With FLC Cycling, I am still in the racing scene, I don’t have to travel for a month at a time on the road, and I get help develop future cross champions.  It is awesome and I am loving it.”

Shriver’s career has been a staple on the cyclocross circuit for many years. Shriver attended Fort Lewis College in his younger years, even winning the 2004 Collegiate Cyclocross National Championship. Last year, Shriver road for the Jittery Joes/Sonic racing team and managed a 7th place finish at the US Elite National Championships. Shriver was selected to the US Worlds squad later that season, and finished a fantastic 44th, only 4:44 behind eventual winner Niels Albert. Shriver was the second strongest American at the World Championships, behind only Jeremy Powers, who finished 35th.

Former cyclocross World Champion Lars Boom will begin his assault on the road racing scene after his promotion to the Rabobank ProTour squad on May 1st of this year with the Eschborn-Frankfurt City Loop in Germany. The race, which takes the place of the Rund um den Henninger-Turm, is 190 kilometers that connects the towns of Frankfurt, Eschborn and Taunus. Last year’s edition was won by Karsten Kroon, who won out of a 9 man breakaway over Davide Rebbelin and Mauricio Ardila.

World Champion Niels Abert has broken up with his long time girlfriend, Ellen, who had been together for 8 years. According to Albert, the breakup was mutual, and no falling out had occurred, but one can speculate that the added spotlight of being the Cyclocross World Champion in a cyclocross-crazy country like Belgium must have worn on the couple. The two were in the midst of building a house together.

Wondering what your favorite mudders have been up to?  Doing your homework so you can win Cyclocross Magazine’s fantasy cyclocross league next season? We’ve got you covered with our new, weekly report on your favorite top ‘crossers. Each week Jake Sisson will bring you the latest news, gossip, and maybe even a tweet or two on the pro scene. This is installment #3.  Installment #2 is here. Got something worth reporting? Let us know. 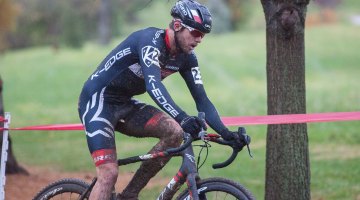 Leipheimer Edges Cyclocrosser Driscoll in 2014 Crusher in the Tushar, Lythgoe Gets the Win 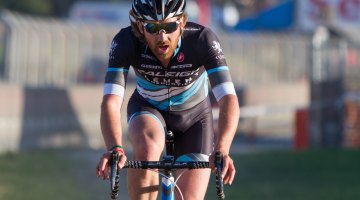 Vos Wins Round #4 of the Women’s World Cup in Namur — Report, Results