When It Rains It Pours: Orton and Werner Double Down on Weekend at NCGP 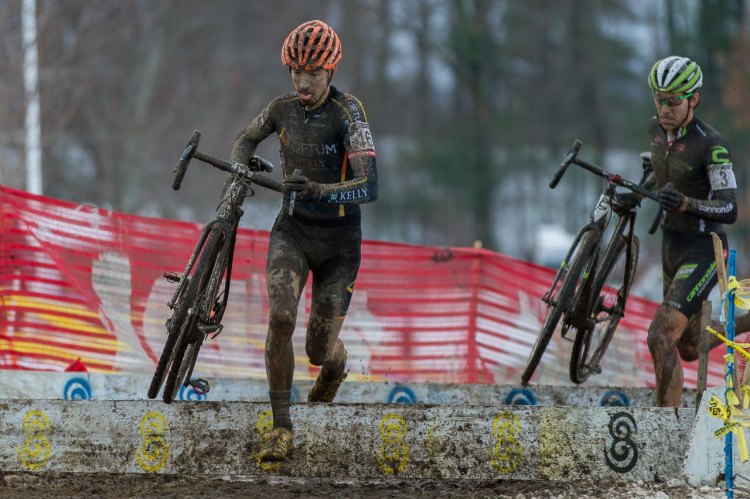 Saturday’s results at the North Carolina Grand Prix can hardly be called flash-in-the-pan wins as Kerry Werner and Beth Ann Orton were able to make it to the top of the podium today, although both of their victories were narrower than the first day.

Orton, taking her first UCI win of her career on Day One, had to contend with the rising force of Ellen Noble, winner of both days at Baystate and Sunday’s race at NBX, who put up a the best fight in the women’s elite field, and Orton crossed the finish line a little over ten seconds ahead. It appears that Orton was able to fix her derailleur issues that happened after she won on Saturday.

Laura Winberry, whose Speedvagen Pro Bike we recently profiled last month, was able to take the last step of the podium, one of her more impressive results in a UCI race, although she is fiercely competitive in the Cross Crusade, including taking a win this year at the Halloween race.

In the Men’s Elite Race, Kerry Werner was able to repeat his success from the day before, although he waited until the last possible second to outkick Travis Livermon at the line.

Andrew Dillman, a U23 rider who tried his legs at several World Cup events for the United States last season, rounded out the poidum, his second third place finish along with the one he earned in Cincinnati. Local legend Robert Marion improved from the day before to finished fourth.