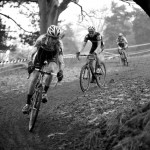 The MFG Cyclocross Series finished up its season series Sunday at the uber-urban venue of Woodland Park. Located next to the popular Woodland Park Zoo and Green Lake, the setting is both woods and city park – combined into an ideal cyclocross venue. Natural obstacles, elevation gains, lots of off-cambers and easy access around the entire course make this a most popular venue. Many local residents happened upon the race and gazed in bewilderment as to what was occurring in their neighborhood, and local racers descended upon the venue in record numbers, knowing that the course is both hard and fun.

With all that in mind, the racing kicked into high gear and a number of series titles were on the line. After a good dousing of overnight rain the course churned up into a nice muddy, slick track. While the mud was not deep, it was the type that tended to stick to the bike, the tires, the brakes … well, you get the picture. Add the numerous off-camber sections to that type of mud and some slip-sliding was in store for the racers today.

The Elite women took to the course in the late morning after it had been sufficiently ridden by earlier classes, and proceeded to grind out 45 minutes of pain. Series leader Kristi Berg (CycleU) took the hole shot and would never relinquish her lead, taking the win and the series. Jenni Gaertner (Riverstone) would chase Berg all day but would lose time on every lap as Berg’s power and technical skills would prove too much to overcome. Gaertner rode solidly to come in over a minute down on Berg and Marsa Daniel (Group Health) put in a solid ride to come in just 30 seconds down on Gaertner for the last spot on the podium. 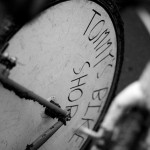 On the men’s side, the Redline duo of Logan Owen and Ryan Iddings would take on a very competitive field that included World Messenger Champion Craig Etheridge who was riding a single speed with a custom disc rear wheel. Craig would go on to finish fifth in an impressive display of power and finesse riding. From the start though the Redline boys showed they were out to take the win by getting out front and driving the pace. Russell Stevenson (Cycling NW) would not let them and go and would dog both Owen and Iddings all day. The race came down to a last lap fight between Owen and Stevenson with Owen winning by a mere four seconds. Iddings trailed in for third to complete the Redline sandwich.

This race concluded the season for the MFG Cyclocross series with several categories having come down to the days results to determine the winners. Look for a follow up to this race report with series winners info. Special thanks to the MFG crew, sponsors, and all who helped put on the series this year – awesome job!