Surf City Cyclocross returns this Halloween for its 43rd season with two days of racing in the Santa Cruz Mountains. The Rock Lobster team will be bringing a double-header weekend to Crest Ranch Christmas Tree Farm in Bonny Doon with something for everyone, including kids racing, tracklocross, live music and camping. And for the cyclocross curious, free racing! (Read on for full details.) “This time last year the CZU fire was still burning and a number of the Surf City family were actively involved in fire recovery efforts,” said lead promoter Brendan Lehman. “Putting on a race was the last thing on anyone’s mind. But we’re back and fully committed to keeping cyclocross racing in Santa Cruz.” This will be race #2 and #3 of the revived Bay Area Super Prestige Series. A few years ago, Norcal promoters got together to make sure there weren’t any overlapping dates and essentially decided to form a series between all of the different races in the Bay Area and allow racers to compete for an overall ranking.

The Rock Lobster crew is committed to growing and sustaining the cyclocross community in NorCal and is offering free entry for first-time racers again as we have since 2017. Surf City and Cyclocross Magazine teamed up to make this happen in 2019, and it lives on! If this is your first-ever cyclocross race, your fees are waived! Just email the promoter or come on race day. 58 C women signed up to race at the 2018 Surf City p/w Rock Lobster, racing for free. This year, all first-time cyclocross racers can get a free entry. © A. Yee / Cyclocross Magazine

“I always thought Crest Ranch would be an amazing cyclocross venue, but in the past, they were too limited on parking due to the whole property being covered in trees,” said Lehman. Sadly, the catastrophic CZU fire took its toll on the property. But for a tiny sliver of the population, as in cyclocrossers, there’s one minor benefit to the record-setting fire.

“When the fire burned 80% of their Christmas tree crop last summer, they all of a sudden gained a lot of parking area,” Lehman said. “The property owners are welcoming us with open arms as they see this race as a chance for new beginnings and bringing people back to the mountain. Fortunately, the property didn’t lose any of its larger old-growth trees and the views are incredible, it is literally on top of the mountain. Another great thing about Crest Ranch is that for some reason there are no gopher holes, so expect a less bumpy course than you’re used to.” The race not only promises fewer bumps but double the fun, including camping and the popular costume race, which will actually be on Halloween this year. What’s a costume race without a shark, a scientist and Dorothy and Toto? 2019 Surf City CX. © Jeff Vander Stucken

“Since we couldn’t hold the race in 2020, we decided to make up for it with a double-header weekend,” explained Lehman. “The venue asked if we’d want to let people camp, so we said sure! There will be evening activities for those who stay the night like a bonfire and music jam, maybe even a dance party, who knows…” Camp under the stars with a few of your dirty friends? Surf City adds camping for its double-header weekend. © A. Yee / Cyclocross Magazine

This year, Surf City will be dedicated to raising funds for CZU fire relief efforts, in addition to supporting grassroots cyclocross racing in NorCal.

Registration is on bikereg.com here. 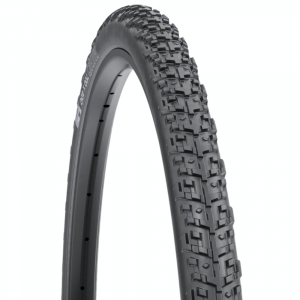 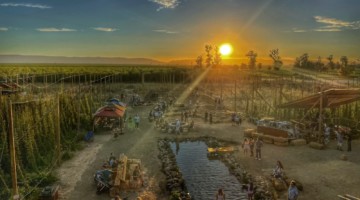