The 2021-2022 UCI Cyclocross World Cup continued today in Overijse with the 5th stop in the expanded 16-race series.

The Halloween race was a treat for Overijse, given that it’s actually the second UCI Cyclocross World Cup stop in the town in 2021, after a January race last season that featured a thrilling duel between Mathieu van der Poel and Wout van Aert.

The Elite Men took to the course in increasing rain that made an already chewed-up course from the running and crashes in the women’s race even slipperier and heavy. The question was whether World Cup leader Eli Iserbyt could excel in the heavy conditions and hold off last week’s Zonhoven winner, Toon Aerts? Halfway through the race, it was clear that it would come down to three: Teammates Eli Iserbyt and Michael Vanthourenhout, and Toon Aerts. Earlier, it was Hermans splitting the teammates but after he faded due to crashes and shoe problems, Aerts took his spot. Vanthourenhout might have been the best male to stay on his bike. 2021 Cyclocross World Cup Overijse, Elite Men, October 31. © B. Hazen / Cyclocross Magazine

The balance of power proved significant, as Iserbyt attacked a semi-rideable climb, and dabbed. Aerts followed suit. Vanthourenhout cleaned the climb and squeezed past Aerts.

Iserbyt had his gap, and Aerts couldn’t get by. Vanthourenhout dropped Aerts and kept Iserbyt within sight, but also kept his teammate in the World Cup leader’s jersey. See the video highlights, photo gallery and full results below. 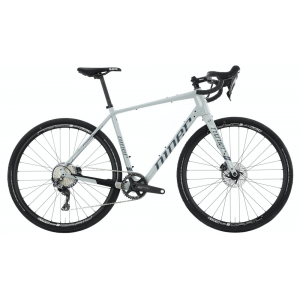