Absent for the second Superprestige race of the season was the rider with the leader’s jersey, Eli Iserbyt (Pauwels Sauzen – Bingoal). The two-time U23 World Champion saved his energy for tomorrow’s World Cup race in Bern and by not taking the start, relinquished his Superprestige leader’s jersey.

A muddy up and down track on De Schorre domain in the Belgian city of Boom is what awaited the riders today.

The region is known for hosting the dance festival of Tomorrowland every year. 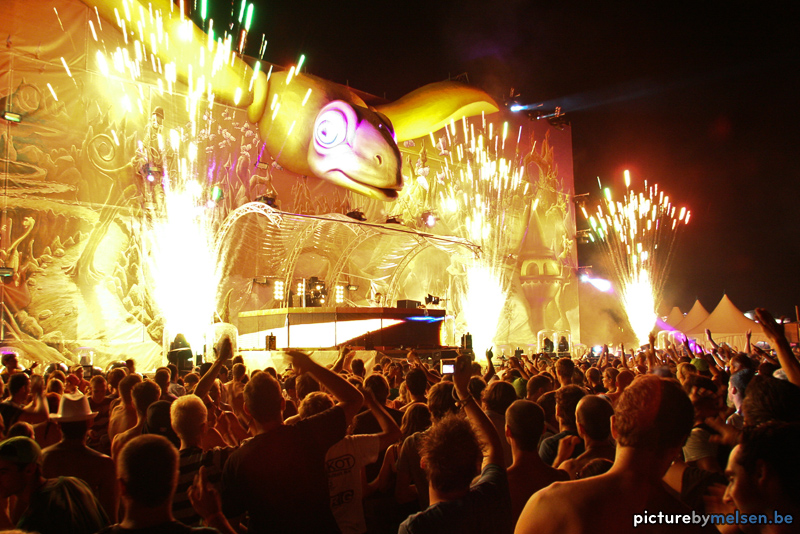 With the strongest man of the early season not present, the team of cyclocross legend Sven Nys had to go all-in for the win today to turn around what has been a disappointing season so far.

They for sure took a good start as Quinten Hermans (Telenet-Baloise Lions) set a pace that only few were able to follow.

A leading group of four riders, with three Telenet-Baloise Lions, formed. “The Ugly Duckling” was Belgian road champion Tim Merlier (Creafin-Fristads) as Hermans, Corné van Kessel and Toons Aerts were the three Lions hungry for a lunch of fowl.

Victim of the first lap was Joris Nieuwenhuis (Sunweb), who after he got caught in Aert’s wheel, went down in the mud.

Both riders closed the gap, but Pidcock, only a few weeks after finishing third on the U23 Road World Championship, seemed to be suffering when Hermans accelerated once again. By the end of the second lap, a gap opened up. As Aerts and van Kessel did not chase their teammate down, Sweeck had to step up, which he did with success as he closed the gap.

Hermans didn’t seem to be worried and kept the pace high. Once again a gap opened up, and once again it was Sweeck who had to chase him down. As Sweeck didn’t bring Hermans’ teammates with him this time, Hermans dropped the pace.

Sweeck, already familiar with the Telenet-Baloise teamplay, took over the lead in the 4th lap. Hermans stayed glued to his wheel, while Aerts and van Kessel tried to make their way back.

At the end of lap four, Sweeck found himself cornered between the three Lions again, but it wasn’t for long.

Towards the end of the cobblestone climb on lap five, Aerts attacked. Sweeck once again had to lead the chase. Van Kessel faltered and got passed by Pidcock.

Aerts’ gap opened up substantially at the beginning of lap six.

Could Telenet Baloise make it a one-two? Hermans realized that Sweeck wasn’t going to close the gap to Aerts, and dropped him.

On the steep muddy downhill on the track, just as Kastelijn did in the women’s race earlier, Aerts went down, but the gap on Hermans remained more than a pit lane. With two laps left to go, Aerts had an advantage of 12 seconds on Hermans, 20 on Sweeck and 25 on Pidcock.

The podium wasn’t set yet. Sweeck crashed, and Pidcock flew by. Sweeck was in trouble, with a broken shoe and malfunctioning derailleur. As he singlespeeded slowly around the course, he got passed by van Kessel and Lars van der Haar (Telenet-Baloise Lions).

With one lap left, Aerts had extended his lead to 19 seconds. Pidcock now was the rider in third on 27 seconds. The British champion now tried to get back to Hermans.

The victory, however, was already in the hands of Belgian national champion Aerts. With his first win of the season, he gave himself a nice birthday present, as he turned 26 today.

“Today I finally got a victory. Now I’m motivated again to attack every Superprestige race. I expect a tough race in Bern tomorrow too, but not very explosive. So it’s not really a disadvantage that I participated in today’s race.” (translated, source: Sporza).

Despite Pidcock bunnyhopping, the British national champion couldn’t hop up to second.

Hermans managed to keep Pidcock behind him, finishing with a five seconds arrears on Aerts.

featured photo: Aerts in Gieten by B. Hazen