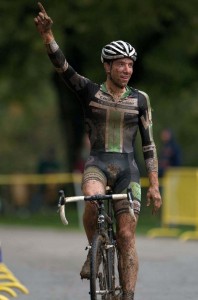 This year’s series boasts eight UCI category-one events and 45 category-two competitions. All 53 events on the calendar are part of the UCI Cyclo-cross Calendar, giving the United States more internationally-sanctioned cyclocross races than any other nation. Belgium has the second highest number with 32 events. Click here to see the complete International UCI Cyclo-cross Calendar.

The 2010/2011 USA Cycling Cyclo-cross National Calendar kicks off with the Nittany Lion Cross in Brenigsville, Pennsylvania, on September 11. ‘Cross season officially gets underway on the west coast the following weekend with Star Crossed Cyclocross in Redmond, Washington on September 18. The U.S. season will close out on January 15 with the brand new Kingsport Cyclocross Cup in Kingsport, Tennessee.

In addition to the Kingsport Cyclo-cross Cup, four other events are new to the calendar this season, including the Nor’easter CX at Loon Mountain on September 25 in Lincoln, N.H., the Ellison Park Cyclocross in Rochester, NY on September 26, and days one and two of Krosstober-fest Weekend in San Dimas, CA, October 2-3.

Between September 2010 and January 2011, American ‘cross riders will accumulate points at each of the 53 events on the USA Cycling Cyclo-cross National Calendar with the overall men’s and women’s series champions being named in January. Jeremy Powers (Hadley, MA/Cannondale-Cyclocross World) and Maureen Bruno-Roy (Arlington, MA/M&M Racing/Seven Cycles) will look to defend the overall series titles they rode off with at the end of the 2009/2010 season.