Training With (a Lack of) Power for Cyclocross: Kenton Berg’s Diary #4 – Injured

Finding the problem was easy. The fix? Harder. by bixentro on flickr

Not sure if you’re training effectively? Have some ambitious goals for the season but feel like your racing has plateaued? Cyclocross Magazine’s Kenton Berg has been stuck in this situation and decided to seek professional help. This is his fourth entry. Read his previous entry here.

Sorry for the gap between columns. As my last column ended I was en route for a nice family vacation to the in-laws lake house. The vacation was great, some training was done, but out of it came a speed bump I hadn’t planned on or put any thought into when I set my goals for the season. You see, there are these unplanned events, injuries or what you might call “nagging setbacks” that occur in one’s life and they don’t seem to fit the plan. In fact, they totally derail the plan and they ended up making me readjust my goals for the season.

My set back was re-aggravating a lower back problem that had plagued me during the last half of cross season last year. I thought I had it beat. I hadn’t had any issues during road season and all it took was a few minutes of water skiing to send things into orbit (note to self, do not go full tilt on water skis and wake boards when you only do it once a year!)

So, after returning home I set off to see my team of “fixers” to try and find and diagnose the issue. What I’ve found is that I have two issues to contend with. One, which is common to most of us who spend any significant time on a bike, is that I have very tight hip flexors and iliopsoas muscles. What this means is that the normal act of sitting as well as the riding position are not optimal. It just so happens that like many of us, I do these two things quite a bit.

The second issue is that I’ve come to find out that I have some disc compression in my lower back (caused in part by the tight iliopsoas muscles) which tends to pinch the nerves of the glutes and low back. This generally happens on the bike when going hard, like in a cross race and causes tightening of the low back and a massive power outage. Certainly not ideal for cross racing!

So where does this leave me now? Well, I’ve had to revamp my training a bit and totally rethink my goals for the year. In fact, my biggest goal for the season may be to race pain free for 60 minutes. How’s that for a season turned upside down! (I’m sure defending champ Roger Aspholm is totally relieved). The good news is that I’ve been able to ride and keep up my training to a certain degree, but I have to pay a lot more attention to stretching and good posture both on and off the bike.

Since the injury occurred, a lot has gone on, not only with the physical issues, but mentally. I spent the better part of a week in a depressed state as I pondered all that I was working towards for the season and all that could be lost. I definitely was in a funk and subsequently had a good dialogue with my coach Kristi on this aspect of racing. Turns out that the mental part may be as hard as the physical part – that may sound obvious but I guess I underestimated the importance of mental strength. As you go into the season you’re prepared and you have a plan to train and suffer like a dog, but how can you prepare for an injury or a set back mentally? You can’t, and this is where the support of family, friends and the coach can play a huge role. Pep talks aside, just discussing the need to change things up, get second opinions, and keeping the positive thoughts flowing was enough to get me moving in the right direction. Massive Internet searches ensued, my team of “fixers” was re-summoned again to examine, take x-rays, and determine the proper solution. I now had a new plan – to simply solve and fix the problem! Once immersed into the information gathering my outlook turned more positive and I had the resolve to get back to racing, whatever it took. So cue up the Rocky music and let’s get it going on! Now, after four weeks of trial and error, stretching and being poked, prodded and put through various means of torture I have managed to get back on the ‘cross bike and race. I jumped back into racing the last few weekends and raced the single speed races, which by the way was a ball, and managed to get through it with only minor pain in the low back. For me, this was a big win and gets me jazzed to do twice as much rehab and race twice next weekend!

I now realize that in the end the physical battle of racing ‘cross is only part of it. So make sure if you choose to go with some coaching you put this little tidbit into the back pocket and have that conversation with the coach. Call it a “what if” conversation if you like. Because training hard and putting out big watts makes no difference if you are physically and/or mentally unprepared, or worse, broken. And when you’re suffering on the bike next time, enjoy the pain, because suffering on the bike is certainly better than suffering off the bike while sitting on the disabled list. 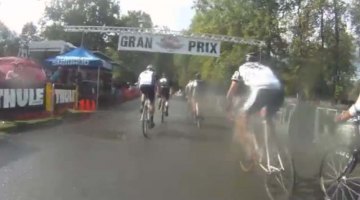 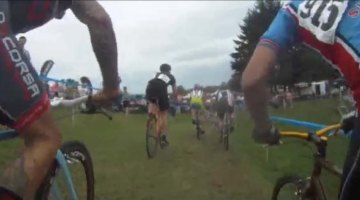 Training with Power for Cyclocross: Kenton Berg’s Diary #6 – Hazardous to Your Health?