For Cranking Up the Power, Rotor’s INpower Power Meter Goes to the Axle: First Look

Although Rotor has been making power meters for years, including their dual-sided, ultralight powermeter they released in 2012, and their LT left-only power meter, their latest edition takes a step (or a pedal stroke) towards a spindle-based measurement that reads off the crankarm's axle. They call it the INpower.

There are several advantages to moving in this direction. First, it keeps the price of the system more affordable. The INpower, with the chainrings, will MSRP at $959-1139 depending on the model and chainring configuration. The company's dual crankarm power meter will still be offered at $1559, which is significantly lower than before.

The second advantage, and more relevant for cyclocross racers, is that the INpower power meter's power source and gauges are all located internally, with only the wireless transmitter located externally for a better ANT+ connection. This means that the remainder of the system is protected from the brutal weather of cyclocross.

The system is powered by an AA battery, so you can say goodbye to the CR2032 coin batteries and enjoy a whopping 300-hour claimed battery life of run time. You won't have to say goodbye to your beloved Rotor cranks if you are a current owner, however as you can adopt the INpower system by just replacing the left crank arm.

Use the slider below for all the details of the Rotor INpower power meter. 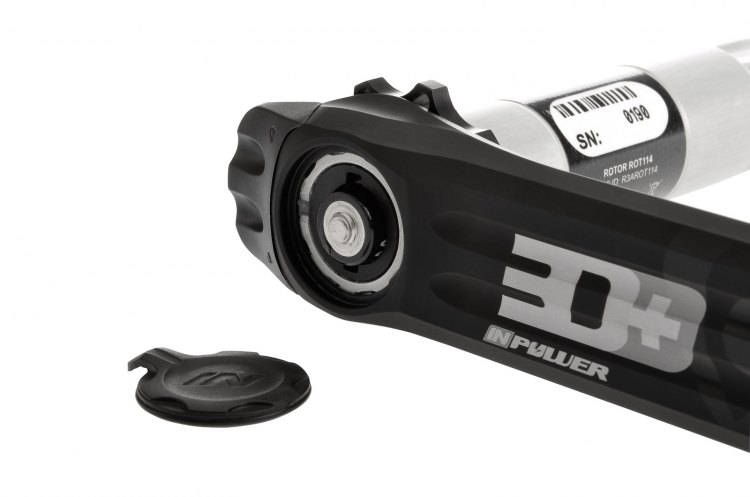 The power meter runs on a AA battery, shown in location at the center of the axle.