When your team nickname is Bitch n' Grit, well, you have a reputation to live up to out on the cyclocross course.

On Wednesday, Dani Arman (Tenspeed Hero p/b BitchStix) got to put her reputation to the test against Tacoma local Stephanie Taplin (Indigenous Wheel Co.) in the Masters Women 30-34 race.

In the second lap the contest, the two women broke away from a small group and commenced a two-up battle at the front. The two felt each other out and traded turns at the front, and entering the last lap, they were still wheel-to-wheel. Taplin kicked off the last-lap aggression at the first run-up and got a small gap on her Boulder rival. She carried that advantage to the second run-up, but Arman closed the gap by the time the duo dropped off the top part of the course for the second time.

As the last lap wound to a close, it was clear the race was going to come down to a sprint down the long finishing straight. Arman got a small jump on the finishing kick and held her advantage to the line to take the Stars-and-Stripes jersey.

"I was grit AF," Arman said. "I would say I played a lot of defense and was a tough rider today. Normally, I'm a little too nice, but I was pretty aggressive today because I really wanted it." A Duel to the Sprint Finish

The Women's Baby Masters race kicked off Wednesday's racing with Allison Halpin (PDX TI p/b Elevator Coffee) taking the holeshot and leading the field out onto the damp course. The first run-up helped force a selection, with Halpin, Dani Arman and Stephanie Taplin breaking off the front. The trio kept together for the rest of the first lap, while Jena Greaser, who started off the back row, worked her way forward to make contact through the long, paved start/finish straight.

At the start of the second lap, Arman and Taplin kept the pressure high, getting a few bike lengths by the time they hit the first of two run-ups and then extending that advantage to 9 seconds at the top of the muddy sprint. Greaser and Halpin gave chase. The state of affairs stayed the same from the rest of the second of four laps, with Arman and Taplin leading the way and Greaser and Halpin following as the lead chase. Halpin and Greaser give chase in their battle for third. 2019 Cyclocross National Championships, Lakewood, WA. © A. Yee / Cyclocross Magazine

In the third lap, Arman and Taplin stayed together, and Greaser broke into a solo chase in third. The two leaders had an advantage of the steep, muddy length of Run-Up 2 coming up on a lap and a half left to race.

Coming down the second chute, it looked like Taplin might be ready to make her move. She carried a 3-second advantage down the drop, but Arman recovered and quickly made contact again. Still, as the top three riders crossed the finish line with the bell, Greaser was noticeably closer, just 11 seconds back.

Inside the bell, Taplin and Arman upped the intensity and the pace. Taplin led up the first run-up and took the lead dropping down the first chute. During that third of a lap, the increased intensity dropped Greaser further back, neutralizing her threat of shaking up the front.

"On the second or third lap, I think we were playing too many games, but when [Jena Greason] was still 11 seconds back heading into the last lap, I knew we could hold it. Seconds are an eternity in cyclocross, so I wasn't too worried," Arman said. Taplin again stayed on the attack at the second run-up and again opened up a small gap on the long stretch at the top of the hill. When she dropped down the second chute, she again had a small, several-bike-length lead. Arman, again, closed the gap. Once the two cleared the sand together, it was clear the race was probably going to come down to a sprint.

Arman and Taplin hit the finishing straight together and turned on the afterburners down the long paved stretch. Arman outkicked Taplin to take the win and the Baby Masters National Championship.

"I knew a really good line to pick through the mud in the last turn, so I figured I could play that to my advantage, and it worked out really well," Arman said. "It was a huge risk [to take it to a sprint], but I felt like I had the legs today. Definitely not normally something I do." Full race results are below. 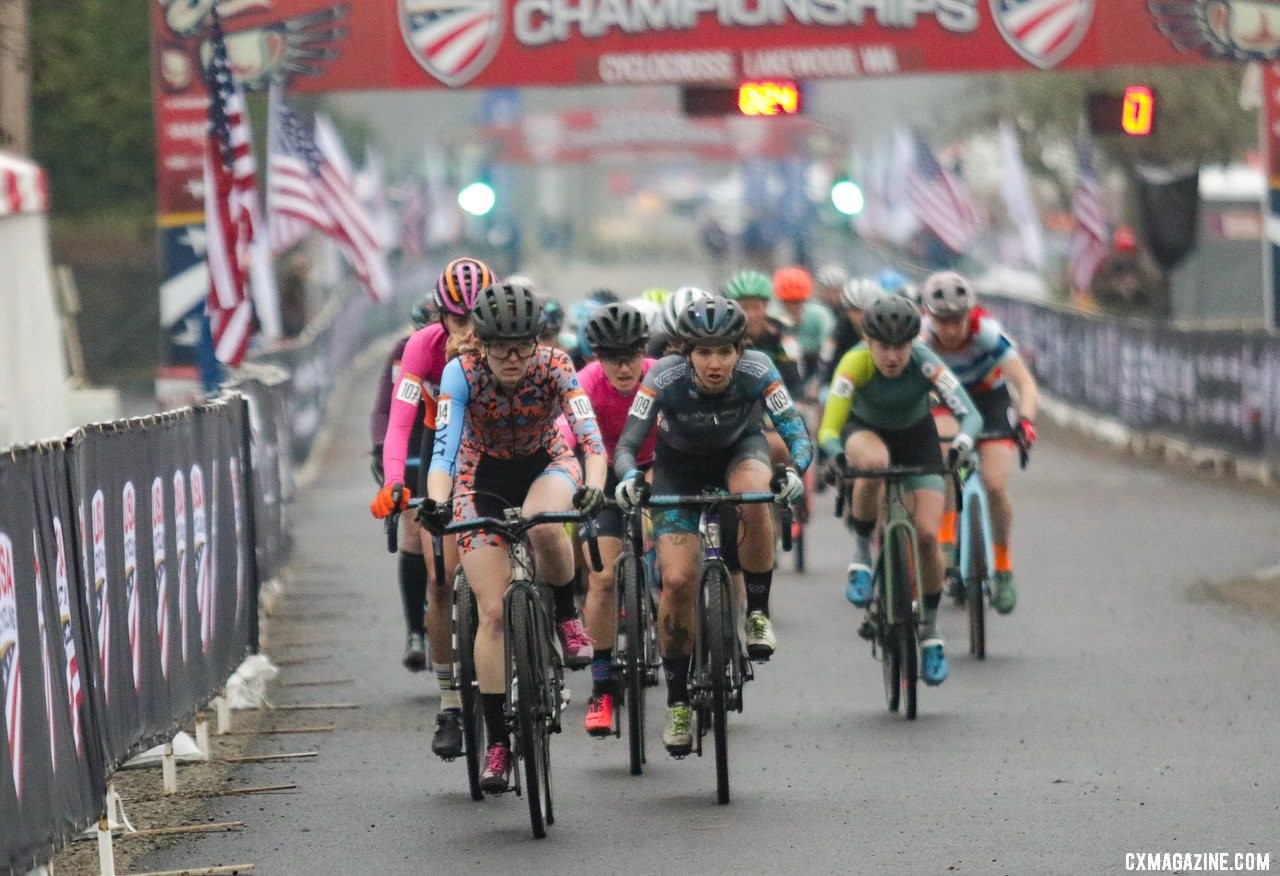