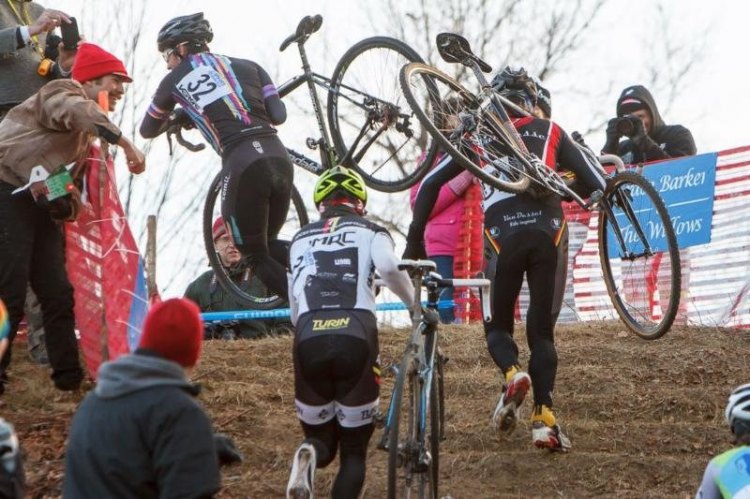 Dramatic weather and exciting racing will converge on Sterling, Massachusetts this weekend, where Baystate Cyclocross Weekend will be Rounds 5 and 6 of the Verge New England Cyclocross Series presented by Stan’s NoTubes and Cycle-Smart. Deep snow and mud appear likely to play a large part in how these races play out on November 29 and 30. Renowned course designer Tom Stevens’s characteristically challenging courses feature off-cambers, tough run-ups, and steep downhill chutes. Baystate features plenty of pedaling sections, twisting corners, and enough technical riding to challenge even the top-tier pros.

Spectators are sure to be treated to a showdown in the Elite Women’s race. U23 Women’s Series leader Ellen Noble (JAM Fund/NCC) will race with focus and determination to fend off the competition in an attempt to claim the overall Elite Women’s lead. Noble will have her hands full contending with Mo Bruno Roy (Bob’s Red Mill p/b Seven Cycles), a skilled rider who loves the technical courses and tough conditions. Cassandra Maximenko (Rare Vos Racing/Van Dessel), a New Englander having a breakout season, is also poised to claim the Series lead this weekend. Joining the fray are wildcards from the west Jessica Cutler (Jamis Bikesport p/b WA Bike Law) and Amanda Carey (Team Rhino Rush), who will be looking to prove themselves among the top New England talent. 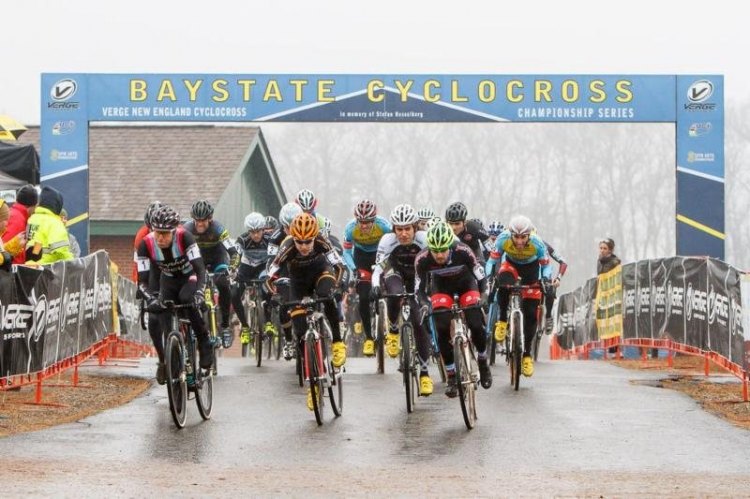 Dan Timmerman (House Industries/Richard Sachs/Kindhuman), who has a special talent for tackling tricky conditions, looks to extend his lead in the Elite Men’s category, though Anthony Clark (JAM Fund/NCC) could pose a challenge if he continues riding as well as he has been. Justin Lindine (Redline Factory/NBX) returns to New England to race one of his favorite courses here in Sterling, and Kerry Werner (Optum Pro Cycling p/b Kelly Benefit Strategies) is surely aiming for the top podium step after his win at Supercross.

Throughout Baystate Cyclocross Weekend, battles for the Series lead will unfold in in fourteen categories, including Elite, Amateur, and Masters. The season-long battle for Series wins will culminate with the grand finale December 6 & 7 at crowd favorite NBX Gran Prix of Cyclocross, on the fast but sandy course in Warwick, RI.

Follow the race live with tweets from @VergeNECXS throughout the day and with live video coverage from www.gnarlymonkey.com. Watch for reports and results on cycle-smart.com/necxs and crossresults.com.