Cyclocross Magazine is pleased to announce another round of Ask a Pro – where you, our readers, put your ’cross questions to the best in the mud. This round, we’ve gotten you access to both of the 2011 World Cup series winners. The final World Cup at Hoogerheide sealed the series for Niels Albert (BKCP-Power Plus) and Sanne van Paassen (BrainWash), and we want you to ask them how they did it, and any other burning questions you may have for two of the world’s best.

As one of the rising stars in women’s cyclocross, 22 year-old Dutch racer van Paassen took the World Cup series first by racking up early points with her win in the World Cup at Plzen, Czech Republic, and then consistently placing in the top four for the remaining World Cup races. She also claimed the bronze medal in her national championships behind powerhouses Vos and van den Brand.

The young Dutchwoman promises to be a cyclocross force for years to come, and just look through this video from the very first World Cup of the season in Aigle, Switzerland, and you’ll see why we think she’s an absolute badass – she’s got serious gusto, she turns herself inside out, and she races crazy hard.

So, send your questions to askapro [@] cxmagazine.com (remove the brackets and spaces around the at symbol, it’s to prevent spam), specifying which racer your question is for, and our European correspondent Dan Seaton will put them to our pros.

Missed our Ask a Pro interview with legend Sven Nys? Check it out!

Next post Reflecting On Masters Worlds – A Column by Lee Waldman 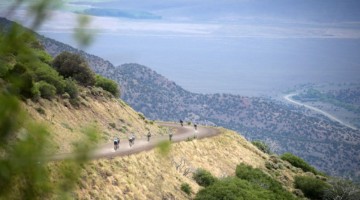