Nobeyama features a spectacular setting and all the right amenities for a top-notch cyclocross race. Unfortunately, it’s just far from most population centers. © Cyclocross Magazine

NOBEYAMA, Japan — High up in the Yatsugatake mountains in Japan, sitting at 4429 feet, the little town of Nobeyama has cemented itself as a cyclocross destination thanks to Daisuke Yano’s UCI C2 event.

We covered the unique event extensively in Issue 16 (available digitally on uberflip, iTunes and Google Play), and also the 2011 race via our Nobeyama Cyclocross race report and photo gallery, and maintain it should be on the bucket list of any cyclocrosser also hoping to visit Japan. 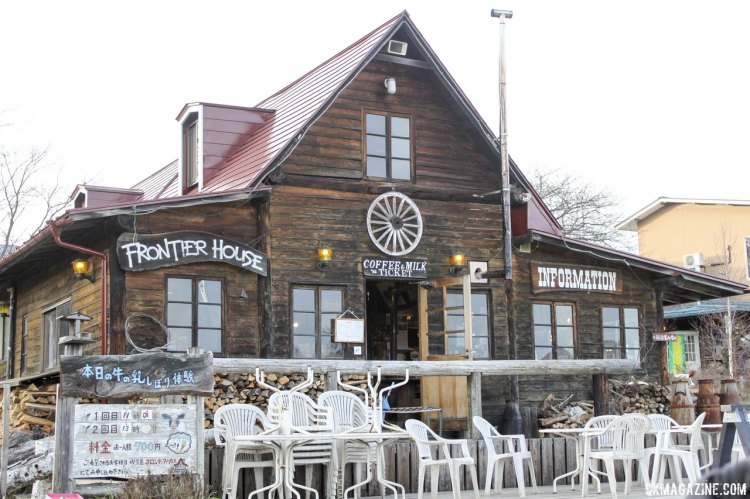 Nobeyama features a spectacular setting and all the right amenities for a top-notch cyclocross race. Unfortunately, it’s just far from most population centers. © Cyclocross Magazine

Every year, a handful of Americans head over to the event in search of great racing, adventure, and awesome food and company. The food court at the race does not disappoint, and it’s not hard to get a good meal in Japan, even at convenience stores.

Yano, who lives just meters from the race course, typically hosts many of the racers, and every year, a few of the racers he hosts come to Nobeyama on the hunt for UCI points. Molly Cameron and Tina Brubaker have made the trip and come back with points, and this year, Tim Johnson and Zach McDonald, along with Italy’s Cyclocross National Champions, Gioele Bertolini and Alice Maria Arzuffi all made the long flight in hopes of bagging some points while many of the world’s best were contesting the World Cup in Milton Keynes.

This year, world class mud awaited the racers. It was mud that even renowned mudder Tim Johnson was impressed, Tweeting that the mud in Nobeyama was “no joke.”

The long trip and deep mud were worth it for the Italians and Johnson, with both Italian National Champions taking the victory, and Johnson finishing second, 41 seconds in arrears, while nursing a bad back.

UCI Nobeyama Supercross. So happy to have Tim Johnson race here! He's so good not only on the bike but an amazing person off the bike. Close 2nd even with a bad back. ティム・ジョンソンが自ら野辺山シクロクロスまでレースしに来てくれたことが非常に嬉しかったです．腰が悪いのを理由にワールドカップをスキップして野辺山に来ましたが十分な走りでした．レーサーとしては当然凄いが何よりも性格が素晴らしい男です．ちなみにゾルダーで行われたシクロクロス世界選手権（確か2002？）ではエリートで走って10位につけていて最終周にパンクしながらも13位の結果をもっています #nobeyamacx #nobeyama #yatsugatake #cxjp

See the video from the very muddy day at 2014 Nobeyama Cyclocross Day 1.