The Chicago Cyclocross Cup’s 2015 season was set to debut at the city’s Caldwell Woods this past Sunday, but intense rain days prior conjured up memories of the 2013 World Cyclocross Championships at Eva Bandman Park and 2015 US Nationals in Austin, TX. Forty hours before the gun went off for the first race, fears came true. Caldwell was underwater and officially deemed unrideable. Race director Kevin Corcoran and his team at xXx Racing worked with the Forest Preserve District of Cook County to secure LaBagh Woods a few miles away. With little time to scout the new location, design a course, move vendors, and notify racers & spectators, the team worked around the clock.

Sunday, 800 racers and countless spectators showed up to a tight course with off-camber turns, a rooty, long downhill into the woods, a log jump, and a choose-your-own-adventure climb punctuated with trees. A separate kid’s course allowed those too young for the juniors categories to do some laps. Finch’s Beer Company provided a beer garden for the adults. SRAM NRS assisted racers throughout the day. Everything came together for an exciting first round of races. 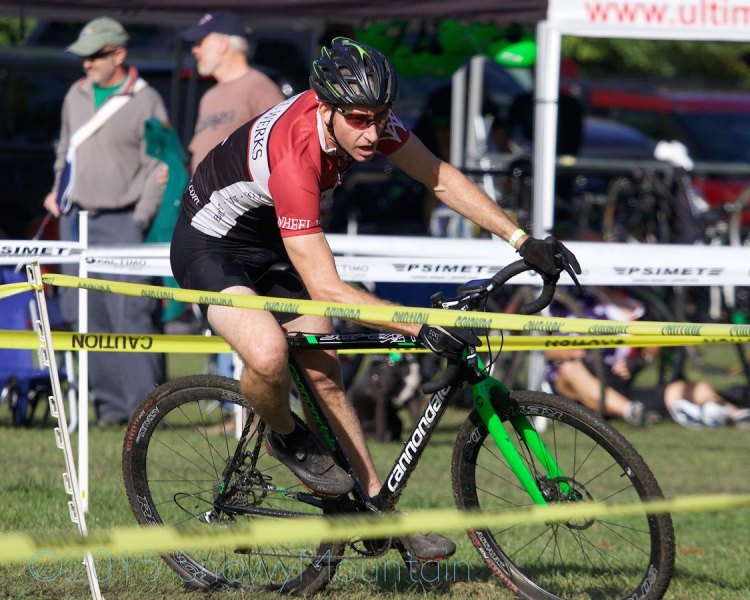 Mike Naughton (Crystal Lake, IL) started off the day with victories in the Master’s 35+ and Master’s 45+ races. Credit: SnowyMountain Photography

Early on, Michael Naughton (Wheel Werks Bikes) was victorious in both the Masters 35+ and Masters 45+ races, with room to spare. A stacked single speed race of 75 riders came down to a four person sprint that had the officials consulting One2Go’s camera to determine placement. Both the sold out Women’s Category 4 and Men’s Category 3 races had up and coming juniors (both 16 years old) on the top step: Audrey Ernst (EGO p/b Sammys Bikes) and Jack Warner (Verdigris-Village CX), respectively. In the Women’s Elite race, Danielle Smith (Tenspeed Hero) had a solid start. Later she stated that she knew she had to get in front of Amanda Schaap (Speed Merchants) early on to stay in front. Smith spent a lot of time in the off season practicing cornering.

This, and her early move allowed her to stave off Schaap and earn the early series lead. Schaap is no stranger to the Chicago Cyclocross Cup (CCC) as she frequently travels from Jenison, MI (outside of Grand Rapids) to race the series because it provides a high level of competition. She was unable to garner the win, but finished in second place.

Behind Schaap, Maria Larkin (Chicago Cuttin Crew) was going back and forth with Sarah Szefi (PSIMET Racing). Larkin participated in the UCI World Cup race at Clif Bar CrossVegas just five days prior, representing Ireland. She was able to capitalize on the off camber turns just before the strait away to the finish line and come away with third place for the day. Lombardo broke away early and with the fastest lap times of the day, won the race. Teaters was able to gain an advantage in sections with tight corners and prevailed over Reyes for second place. Reyes was undoubtedly upset at his performance. He won the overall series last year, and starts 2015 with a third place finish. In the past he had raced a full road season with Stan’s NoTubes P/b Proferrin, so this year’s early season fitness, without a solid summer of racing, wasn’t matching up. Read more about this race and the CCC series at http://chicrosscup.com/. 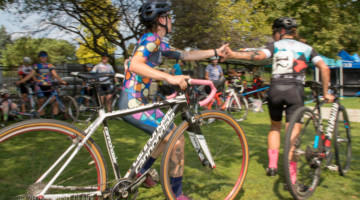 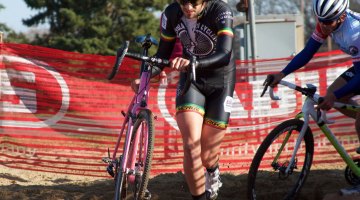