The Plan and the Revised Plan In recent years, Curtis White has prepared for ’cross by training and competing in a variety of disciplines, including road, MTB, and gravel. “I feel as though the varied program provides a well-rounded approach to the cyclocross season,” said White.

White planned a similar approach for summer 2020, signing with Skyline Pro Cycling for road. Coming off a cyclocross season that extended into late February, White planned a delayed but full road season. This was to include training camps at altitude before and during the season, as well as racing Winston-Salem Classic, Armed Forces, Rochester Twilight, Tour de Beauce, and Tour of Utah. “I had also planned on incorporating a handful of gravel and MTB races between my bigger goals on the road,” said White.

With the road season currently in full-stop, White said he’s been getting creative with his preparation:

My base build had less structure than in previous seasons, but I managed to get in a really solid block that I’m proud of and will set me up nicely for the rest of the summer. Ride time on the road was largely dictated by the weather, which is always unpredictable in the Northeast in the spring, so I looked to incorporate other means of exercise into my program. I was able to get in more skiing (both downhill and XC), running, rowing on the erg and body circuit training. I also spent more time “off-road” than any other season’s base build. I felt like I was able to get back in touch with the reason why I love riding my bike so much in the first place.

Race efforts have always been an integral part of White’s off-season. To get in the hard efforts that only racing can provide, as well as a sense of camaraderie, White pivoted to Zwift and Strava. He’s been both leader and participant in a couple of Zwift “group rides” hosted by USA Cycling and Cannondale. He also competed in several of the weekly USA Cycling Zwift race league events and the virtual Tour of the Gila.

White says, “It’s far from the real thing, but it allows me to connect with the local and professional racing communities in a limited capacity while getting in the intensity in a fun way. It’s encouraging to see so many people make the effort to keep the competitive spirit of sport alive.”

Making lemonade out of lemons, White has viewed the COVID-19 cancellation/postponement of road season as an opportunity. “It’s given me space to become more focused on my process. I now have more than enough time to create a well-rounded program that allows me to spend my time training my weaknesses, and trying out new things,” says White.

After core training, I like to get in some form of coordination and balance work. For this exercise, you’ll need a balance board, one golf ball, one lacrosse ball, and someone who tries to trip you up (thanks @koliver9). #homegym #workfromhome #findyourbalance

Regarding training one’s weaknesses, White is trying to use this time to improve his technical skills: “I’m looking to improve my handling in tight, fast, technical situations,” he explained. “If you look at the best technical racers in the U.S., Stephen Hyde and Kerry Werner, both have a background in either BMX or MTB. If I can improve my handling by one to two percent, I’ll be on par with them in that regard.”

White has been spending at least one day per week on trails this spring, a practice he will continue throughout the summer. This time of year, White’s skills training is more general and not as cyclocross-specific:

“I’m not hyper-focused on the technique of remounts and dismounts yet, but I think it’s important to never lose the finesse of driving the bike on loose ground. There are days where I’ll ride with a 33mm Vittoria Dry tubeless setup and spend the day hopping on and off of trail systems, while still spending most of my time on the road.” White has recently moved to the North Shore in Massachusetts and is close to the beach. Given the abundance of sand-racing in Belgium, as well as 2021 Worlds slated for the Ostend, Belgium seashore, White is eager to work his sand skills. “Generally speaking, compared to our Belgian competitors, we as Americans aren’t the best with riding in the sand. The North Shore is a prime location to work on this skillset,” said White.

Moving to North Shore Massachusetts was a big adjustment, but I’m finding everything I need to train at the level I need to. The work never stops. • • • #committotherut #cyclocross #cx #sand #socialdistancing #crossisboss #USproCX #fortheloveofcross • • • @cannondaleroad @ridecannondale @zippspeed @sramroad @girocycling

In prior years, with road racing consuming White’s focus, running preparation had to take a back seat. However, this summer’s events, or lack of events, have allowed White to devote more attention to running. At the moment, he is running twice a week for 20–30 minutes, sticking mostly to trails. White said, “My choice to run trails has more to do with my disdain for running on the road. I prefer to be alone in the woods or in sand on a beach to mix things up.”

June is for Transition

June marks a transition phase in White’s training. “After a solid base build in the early spring,

June is time to focus on depth, variation, and training weaknesses. I start to narrow my focus and have more specific goals with my training,” said White. Curtis White grimaces a bit as he heads up the stairs. 2020 World Cup Nommay, France. © B. Hazen / Cyclocross Magazine

In June, White continues off-the-bike training by running two to three times per week and doing two to three body circuit sessions per week. For skills, he’ll continue to dedicate at least one day to riding in the woods. For intensity, White’s preference is for sessions that simulate racing. “To simulate race efforts, until it’s appropriate to train in large groups again, I’ll shake things up by hopping in some Zwift races, going for some valuable Strava segments, or motorpacing with my dad,” said White.

White has come to understand and embrace the idea that athletic development isn’t only about doing cycling workouts.

White’s training emphasizes both variety and versatility. Such training makes him a more well-rounded athlete and keeps the process interesting and engaging. “I try to have as much variation in my training program as possible though the summer. To be a successful cyclocross racer, you need to be an extremely versatile athlete, mentally and physically,” said White.

White has made a concerted effort to improve his off-the-bike recovery strategy. He explains:

“You can get all the right training in on the bike, but your off-the-bike recovery is just as important. I’ve spent a lot of time figuring out what the best recovery routine is for me. After a recovery shake and meal, I stick to the same stretching routine, and wrap it up with some breathing exercises and meditation. If I train right, eat right, and find the right way to relax and recover, I’m able to sleep better and show up stronger for the next day of training.”

As a rider who developed through the U.S. junior ranks, White is keenly aware of the impact this COVID-19 pause must be having on the next generation of American riders. He encourages juniors to remember why they fell in love with riding bikes in the first place:

“Whatever you need to do, whether it is spending some time only on trails, exploring new roads and places you’ve never been, or going back and watching old VHS tapes of muddy editions of Paris-Roubaix, take the time to enjoy it. We all need that reminder every once in a while. Cycling can be the most beautiful sport in the world, but it can also be a brutal and unforgiving sport. It’s important to have those moments that remind you when things get hard, and to have a healthy mix of fun with the hard work.”

White takes a diversified approach to preparing for cyclocross, training and racing a mix of road, mountain bike, and gravel. When his road racing plans were put on hold, he changed course but maintained a varied approach to training. He mixes surfaces and modalities (outdoor riding, Zwift, Strava, motorpacing, running, skills training, and strength). He challenges his body and mind to adapt by continually stressing it with variety. His approach sounds engaging and fun!

White has taken stock of his weaknesses and strengths relative to both his national and international competitors and has a clear plan to address them.

Over time, White has dialed his off-the-bike recovery, allowing him to then make the most of on-the-bike time.

White sees the COVID-19 pause as an opportunity for athletic development and to rediscover the simple joys of riding a bike. Juniors, and all the rest of us too, should follow White’s healthy example!

Corey Coogan Cisek is a Minneapolis-based cyclocross racer and coach who has spent much of her recent cyclocross seasons racing in Europe. Learn more about Corey at tripleccoach.com. 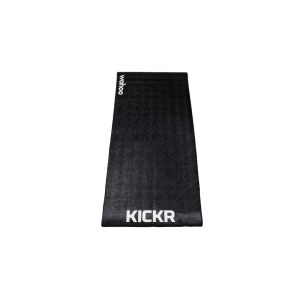 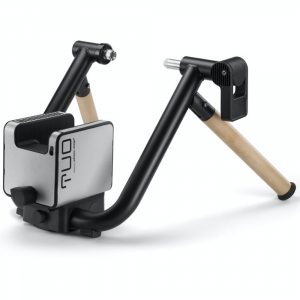