HLN.be reports Vervecken made his final decision because Revor offered a concrete future immediately. He explains, “I had an earlier conversation with [Fidea team] manager Hans Van Kasteren concerning a possible contract lengthening, but he couldn’t decide until November 1 if I could get a new obligation.”

Vervecken, now 36, says that it’s possible he might conclude his career at the end of February 2010, when his contract expires.

Previous post How much is an old cyclocross tire worth? 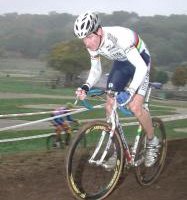