The race closes out the five-race Bay Area Super Prestige series that featured a VSRTCX season opener in Castro Valley, a Surf City doubleheader in Bonny Doon and a CCCX race two weeks ago in Prunedale. Four different promoters teamed up to form the series, in similar fashion to the old national NACT series. The final race, unlike the previous four days, will be a USA Cycling-sanctioned event, with one-day licenses available for the many Norcal racers who don’t have annual licenses.

For those who are in contention for overall series titles, it’s not too late to register for free for the series points, and series awards will follow the individual race awards.

There will be 24 classes over 9 races, including a kids race with fun for the whole family. Food, beer and merchandise vendors will be on site.

The 2021 Cross Infestation continues the 20-year tradition of running the signature Bay Area cyclocross event on the first weekend of December. The Roaring Mouse race was last held at Coyote Point in 2019.

Registration closes on December 3 (Friday) at noon at BikeReg.com

We checked in with the Roaring Mouse Team promoters to learn more about this upcoming event:

It’s been two years since we’ve raced at Stafford Lake. In the early days of cyclocross at Stafford Lake, Murphy Mack added some unique features, including a flow trail and some unconventional water features. What should racers look forward to this year?

We’ve found some unique new features for the course by scouring the hillsides. Nothing jungle ’cross, just good challenges, including a Pros-Only section we’ll restrict to a few classes. Stairs, a grass and rock runup, some swoopy downhills and a drop into the Vermin Bowl. A mix of grass, dirt, and trail, plus a genuine water crossing. It has it all.

Racers in Norcal have gotten used to non-USAC races this season. What was the thought behind making your race a USAC event?

As the last event before Nationals, we had always planned for the Infestation to be USAC. We’ll evaluate if it makes sense going forward, since the importance of USAC points has certainly waned. [Ed. note: USA Cycling is using crossresults.com this year for Nationals staging, not its own ranking system that relies only on USA Cycling races]

You’ve added separate starts, like for Open Bs and an early 8am start for the Junior race. What was the rationale behind different waves from the earlier races in the series? Would the oldest masters make the most sense to be earliest rather than the young kids?

We did a lot of juggling of start times, and chose this as the best compromise. We hate making it hard for anyone and we’ll certainly use any feedback we get!

Having overall series awards for self-categorized B and C-level racers is controversial, as it creates an incentive to not upgrade even if you’re crushing the field. What are your thoughts on this topic?

Our main emphasis is on meeting riders where they are after a couple of tough years. So we weren’t too worried about sandbagging this time around.

The series happened after a year delay due to COVID. How has it gone for the promoters?

Covid was a pile of wrenches thrown into the spinning wheel of event planning, for sure. But these last few months have seen a lot of cooperation between promoters, and we’re all excited about being back. Most importantly, I think everyone is feeling very grateful to be out riding bikes together in little circles again!

Attendance seemed pretty high at the early races. How has the series impacted race attendance, and how many people have registered for the overall?

Attendance across the Bay Area races has been really good, but we don’t have final numbers yet.

The team has held awesome races at Coyote Point in San Mateo in the past. What are the chances of returning to that venue in the future?

We plan to return to Coyote Point in 2022 with a more advanced course and a much bigger Fun Zone at the center. But Stafford Lake is a great park and this will be a very cool course we might want to use next year, too. 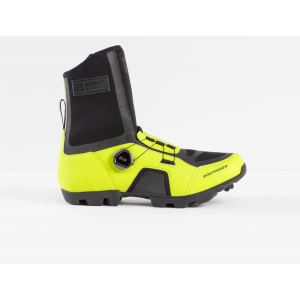