November 4, 2009; Conshohocken, PA, USA: Team C3-Athletes Serving Athletes shoots for a Quadruple-Double this weekend. Wes Schempf, who won both the BikeReg.com MABRAcross and MAC championships last year, is counting on the weekend to propel him toward repeats in both series and to repeat as winner of Tacchino Ciclocross. Schempf currently has the BikeReg.com MABRAcross points lead and is in a strong position in the neighboring MAC series. On the women’s side, the team’s new recruit, Lenore Pipes, currently leads the point standings with Elizabeth Harlow trying to make it a one-two for “the Dark Side.”

Other teams are standing in their way however. Adventures for the Cure’s Adam Driscoll, Alan North America’s Dave Weaver and the Haymarket Bicycles duo of Joe Dombrowski and Jared Nieters are all within striking distance of the points lead in the men’s division. Meanwhile, Jennifer Maxwell of ATAC Sportswear/The Bike Rack and Hub Racing’s Arley Kemmerer account for three victories of the season’s four races and are in a strong position once dropped races come into the picture.

Complete standings for all classes are available at MABRA.org. For more information on this Sunday’s Tacchino Ciclocross and its “Suitcase of Sausage,” see BikeReg.com. 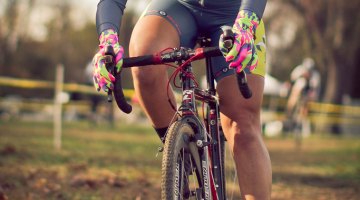