Coach, pro racer and author Corey Coogan Cisek checks in with another Ask-the-Pro column. The Cyclocross Apprenticeship author gives insight, and for many of us, a helpful reminder in a season without racing, as to good habits and routines on race day.

As in last week’s column that covered mid-week training, I’d like to use this opportunity to answer another fan question:

Can you provide a behind-the-scenes view of what race day is like?

The first part of our race day is consumed with locating parking and COVID protocols. I’ve written extensively about parking in the past, so I won’t discuss it here. Suffice it to say, parking is the first, and oftentimes the largest, balkje (barrier) in the day, especially when it’s one-mile away!

The second balkje to bunnyhop is inscrijving (inscription or sign-in) and COVID protocols.

Pre-2020, inscrijving only involved athletes, not team staff. Mechanics set-up our warm-up zone (tent and trainers) and began to prepare bikes for pre-ride while we signed-on. Nowadays, the Cyclocross Custom Mechanics/Soigneurs and their supported athletes travel en masse to sign-on. Each athlete carries the Belgian Cycling COVID form and paper printouts of athlete and staff COVID test results. All riders and staff submit to temperature checks and pass through hand sanitizer stations. Eventually, after many socially-distant, one-way steps, we receive race numbers, entry bracelets, pit passes and the occasional gift. (Thus far, we have received masks and hand sanitizer. I can only hope sanitizing wipes are next!) Corey Coogan Cisek keeps her distance and mask on until she’s on the bike.

The efficiency and efficacy of these procedures vary widely from venue-to-venue. Sometimes COVID test results are scrutinized, but other times they hardly warrant a glance. Sometimes temperatures are meticulously recorded on the COVID form. Other times a quick wave of the gun is sufficient. Sometimes the building is large, the spacing is appropriate and airflow is good, other times less so. As an athlete, I continue to feel safe, but this is mostly due to masking and the outside nature of our sport. Corey Coogan Cisek keeps her distance and mask on until she’s on the bike.

Our testing is via PCR one time every ten days. The cost and logistics are NOT covered by the promoter or the UCI. For small teams and privateers, we locate and schedule our own testing and pay out of pocket. The ever-growing bill lurks ominously in the back of our minds. But I digress.

Once we survive the potentially time-consuming parking and inscription, we are finally free to start our race day with pre-ride.

Interestingly, COVID has improved our pre-rides. Given the lack of junior and U23 races (only pros race these days), we have as much as an hour to pre-ride. Previously, we were typically jammed into a 10 to 20-minute time slot between races. Likewise, it’s different without fans, some of whom used to provide guffaws, commentary and cigarette smoke from the sidelines. But, again, I digress.

Pick the Pressure, Tread and Lines

Pre-ride has two key purposes: determining the best lines and selecting tires and pressure.Assuming we’ve done a midweek pre-ride or raced at the venue before, we’ve already dialed the big-picture elements: Where does the course go? What gearing do I need? What tires and Horst spikes am I likely to use?

On race day pre-ride, we observe and test the best lines as well as B-lines and C-lines. It’s one thing to know the preferred path through the course, but it’s also important to know alternate routes. On lap one, when there are bottlenecks, is there a B or C-line that’s feasible? During the race, is there a sneaky B-line that you can use to make a pass?

We typically begin our pre-ride on one set of tires and our mechanics bring a second tread to the pits. We communicate our needs to the mechanics both verbally and via a whiteboard. The board lists pre-ride tires, pit tires and tire pressure.

I typically arrive at a venue with two treads in mind. We bring every wheel we own “just in case,” but conditions usually allow us to rule out some treads. I run tubular Challenge tires. I do train on and often race Challenge tubeless in the U.S., but I prefer tubular in Belgium. Belgian soil is very soft and traction is often challenging, requiring very low pressures.

To determine the day’s tread, we consider soil, course features and weather.

Despite being a small country, Belgium has a startling variety of soils from slimy to sticky mud, dark rich soil to sand and poor-to-good water drainage. There are courses that are muddy almost no matter the weather: Gavere, Bredene and Niel to name a few. Then there are courses that have firm, short dense grass, almost like a golf course. Antwerp has this kind of grass. It remains firm even after lots of rain. Course features have a considerable impact on tire choice. As an amateur, I thought, “If it’s wet, use mud tires.” That’s not always the correct decision. There are courses that are sticky and slow but don’t have much in the way of turns. A mud tire would offer excellent grip…perhaps more than you need. If you can execute all the turns with confidence at race speed, you have enough grip.

Watch the up-close tire shots at the beginning of races here. I think you might be surprised by the tread choice relative to the conditions. Given a historical knowledge of treads that suit the course, riders have the confidence to run the minimum tread necessary. Grifos get plenty of use here. They are a good all-around tire and are excellent in sand. This is handy since almost every course has at least one sandpit.

Off-cambers and rideable, steep hills require more traction. In those cases, we are seeking to use the tread to cling to the off-cambers and offer traction on the climb. For a course requiring more traction, we would probably begin pre-ride with Baby Limus. If the traction is sufficient, the decision is made. Start with less traction and move to more (Limus) as needed.

On a day like Gavere, the pits are surprisingly busy during pre-ride. Like others, I headed out on Baby Limus but found the traction insufficient. I let out some air and they were better, but still did not have enough traction for race speeds. I went into the pit to switch to Limus to finish my testing.

When I arrived at the pit, there were a lot of riders there. There were also a lot of mechanics releasing mud-covered tires from bikes and swapping for more tread. The mechanics also bring both pumps and gauges to the pit for pressure adjustments. On course and away from the pits, some of us bring gauges, while others simply let out a “pfft” of air and check it with a gauge after. Which tread and pressure are best for the course? Coogan Cisek uses her pre-ride to test both variables before the race. photo: Sunny Gilbert’s Challenge Team Edition S tubulars. © Z. Schuster / Cyclocross Magazine

If you are new to finding the right pressure, I suggest the Wyman-method of dividing your weight in pounds by 10 for your lowest pressure in psi, and adding 10psi for your max pressure, assuming tubulars.

At this point in my career, I know my own personal median and range. From there, I can guess what pressure a course will require and then make small adjustments during pre-ride. One surprising thing is the degree to which you can use changes in pressure to extend the range of tires. Taking out a single PSI makes quite a difference when your “ordinary PSI” is in the teens!

I’d be remiss if I did not mention the tires I wish I had ridden this year. I have a set of Dunes waiting patiently for “the right day.” However, with both Zonhoven and Koksijde canceled this year, Mol is the only remaining “sand race” before Worlds. Likewise, I have a pair of Chicanes, which are probably my favorite for early-season U.S. racing—next year.

Returning from pre-ride, we change into dry layers and eat a snack while the mechanics clean bikes and inflate tires to our chosen race and pit pressures. Again, we communicate our set-up wishes to our mechanics via the whiteboard. We also tell them which gear to put the bike in for each pit exchange. (This is based on the terrain that immediately follows the pit. Is it a standing sprint or an uphill slog?) If we have one pit we are more likely to use, we tell the mechanics. If there are pit concerns the mechanics have, they tell us. For example, there are venues where the power washers are known to be insufficient and changing on the half-lap isn’t feasible. Corey Coogan Cisek warming up for the Koppenbergcross. photo: courtesy

Personally, I begin my trainer warm-up 60 minutes before the race start and get off 30 minutes before the race start. After changing into dry layers, etc., I arrive at the start some 15–20 minutes before “go”. As you have seen on television, in Europe we are allowed to make laps of the starting stretch. (Yes, they let us ride backward on the course!) I typically do a few starting efforts, just a couple of seconds getting up to speed, during the start area laps. While waiting to be called up, I have a final, small serving of carbs and a couple of sips of water.

With three minutes to go “drie minuten,” I remove my mask and hand my warmups to our soigneur. And then there’s the “rode groene lichten” and the start of the race…..

Thanks to those who submitted questions! If you have a question, please direct message me via social media. 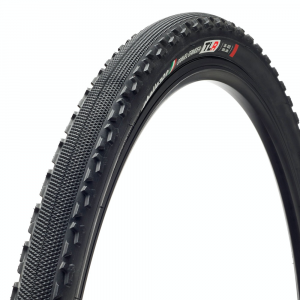 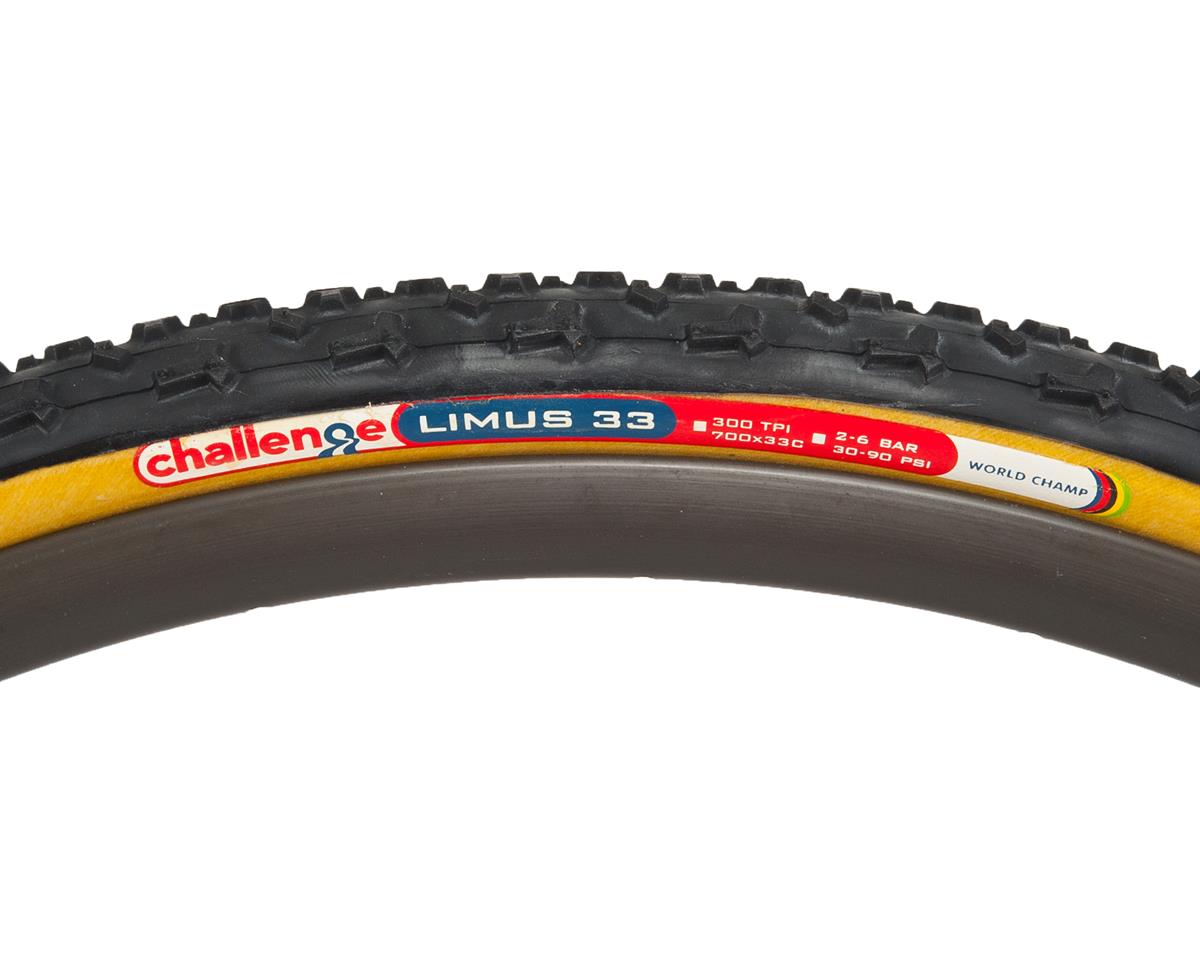 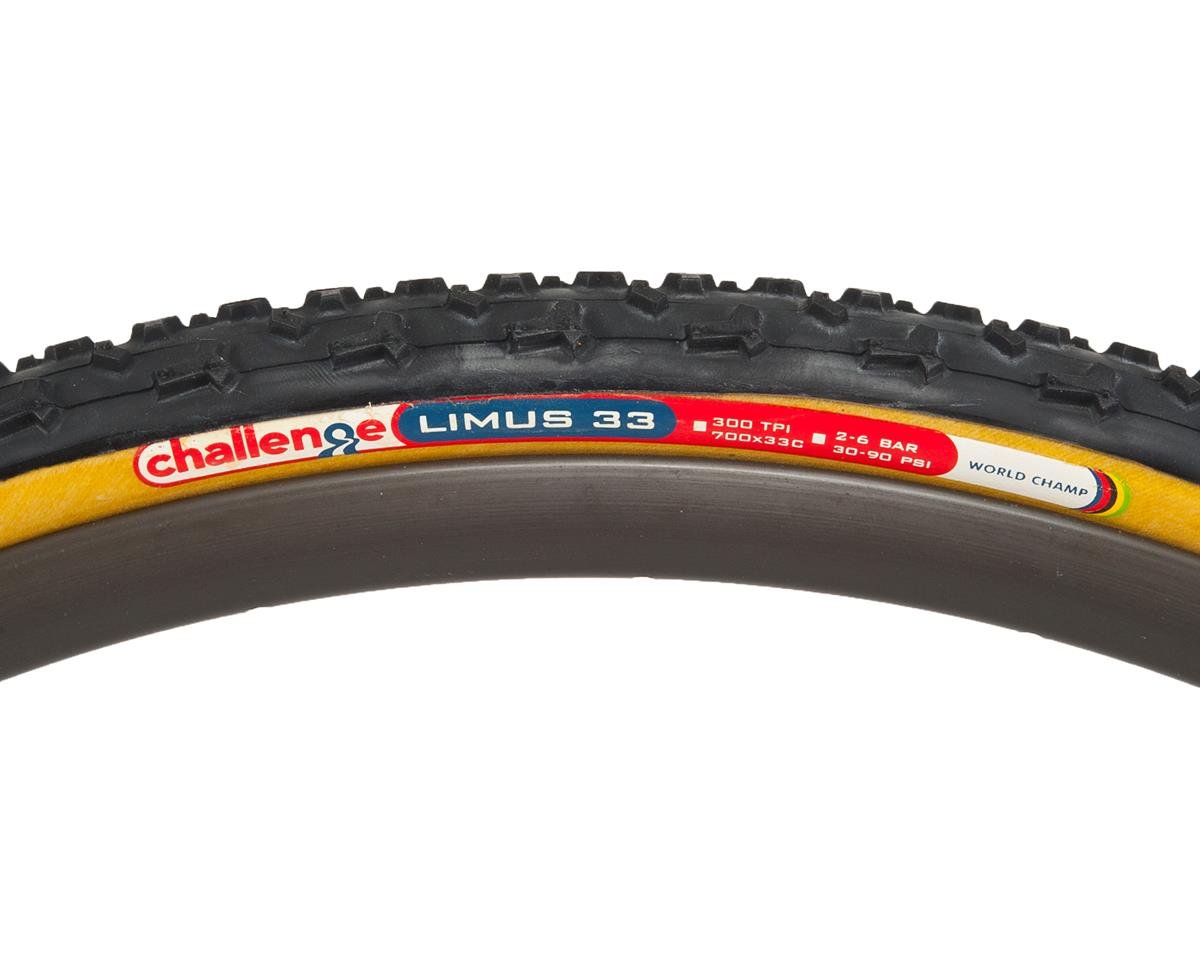