The second round of the UCI World Cup series took place at Centennial Park in Fayetteville, AR. Centennial Park is a brand new purpose-built cyclocross, mountain bike, and running park built with grants from the Walton Family Foundation. The city has been working since 2019 to build the park in preparation for the World Championships in 2022. The infrastructure required a brand new road to the park, a road for the start/finish stretch and will include a parking lot once World Championships come around. If you’re interested to read more about the development of this new park you can find it here.

In Waterloo, the men were dealt changing conditions each lap while they tried to dial in their tread and pressure for the race, Fayetteville they were handed a wet, muddy and soggy race from the get-go. The conditions even left the legendary Sven Nys with FOMO. While Nys had plenty to smile about in the women’s race, he couldn’t have been excited about his Baloise-Trek men’s results in the two World Cup stops. 2021 UCI Cyclocross World Cup Fayetteville, Elite Men. © D. Mable / Cyclocross Magazine

Michael Vanthournhout took the holeshot and set a blistering pace going into the first descent. Trek CX Cup winner Daan Soete led out of the woods and into the long soggy climb, but once cresting the top of the climb into the upper portions of the course, Toon Aerts, Eli Iserbyt, Pim Ronhaar, Quinten Hermans, and Vanthournhout slowly opened up a gap. A power section that twisted up and back over small camel humps before hitting the long stair run-up proved critical. Hermans set the pace into and up the stairs, and by the time they crested up and over, it was a lead group of four including Hermans, Vanthournhout, Iserbyt, and Aerts. It didn’t take long for this lead group of four to set their pace and create a gap to the next group that included current USA Cycling Cyclocross National Champ Gage Hecht.

Heading out for Lap Two the group stuck together, but that climb had proved a great place for some to make their moves, as Hermans and Aerts had opened up a gap by the time they got to Pit One. This was short-lived and by Pit Two, Iserbyt and Vanthournhout had caught back up. It looked possible that the race was going to be a race of four as they increased their gap to the chase group behind. It wasn’t until Lap Three that Hermans had enough playing cat-and-mouse and at the top of that same climb he opened a small three-second advantage. After the hard fall in Waterloo, he was out for vengeance. By the time he hit the stairs, he had 10 seconds on the following trio of Iserbyt, Aerts, and Vanthournhout.

“In Waterloo, I felt really good, but after the crash, I really couldn’t come back into the race anymore, but today Toon and I really pushed on the climb,” he recalled. “I felt I was the only one who could follow, but he dropped the pace a little bit on top and I felt like I could push through, so I did the next lap and I got a small gap. I thought of the three guys behind me and I figured out maybe those guys are doubting a little bit, looking at each other. I got like five or six seconds bonus and went all in.”

Herman didn’t let off the gas. By the time he headed out for Lap Four of seven he had roughly 20 seconds on the trio. From there it looked as if Iserbyt and Aerts were going to battle for the final two podium spots, as Vanthourenhout looked to be dangling off the back of the two.

“I thought of the three guys behind me and I figured out maybe those guys are doubting a little bit, looking at each other. I got like five or six seconds bonus and went all in.” -Quinten Hermans

Vanthournhout suffered a mechanical during Lap Five and had to run the remainder of the way to the pit for a bike swap. Thankfully he wasn’t too far away, but it set him back from Iserbyt and Aerts, and trailed 10 seconds off their pace heading into Lap Six.

Cyclocross races might be short, but we’re not all immune to fatigue, and sometimes mechanicals can give us the extra boost of speed and frustration we need once they’re fixed.

Aerts’ efforts caught up to him as he slipped off the pace, while Vanthourenhout caught back up to Iserbyt. The two teammates were riding together again, just as in Waterloo, only this time they were chasing a leader instead of the win. And just as we saw in Waterloo, when Iserbyt is ready to go, he goes, accompanying teammate or not. Putting in a big dig to get a gap on Vanthourenhout with a little over one lap to go, Iserbyt looked to solidify his second place.

It worked. Iserbyt crossed the line 37 seconds behind Hermans, while Vanthournhout rounded out the podium for third. National Champ Hecht got all the way up to 6th at one point, but crossed the line in 8th, the first American since Jeremy Powers to finish in the top 10 in a World Cup at the 2015 Cross Vegas, the future is bright! Even if it wasn’t the win like Waterloo, Iserbyt was happy to hold onto the leader’s jersey for another weekend of World Cup racing coming up this Sunday in Iowa City at Jingle Cross, which will conclude the week-long block of World Cup racing in the US.

“I just wanted to keep the pace high to go fast in the last two laps, but then I realized that it was very important to get second place,” he explained. “I really wanted to keep the [UCI World Cup Leader’s] jersey. I think if I was third today, I would have lost the jersey, so I’m really happy that I got second and I’m also happy that Michael got the third spot today. I have a really good feeling going into this weekend. I think everyone is riding at a really high level, especially me, Michael, Toon and Quinten. I hope it’s dry in Iowa, and I hope I can win there, but it’s nice to have a lot of really good riders and I can challenge myself to do better.”

“I have a really good feeling going into this weekend. I think everyone is riding at a really high level, especially me, Michael, Toon and Quinten.” -Eli Iserbyt 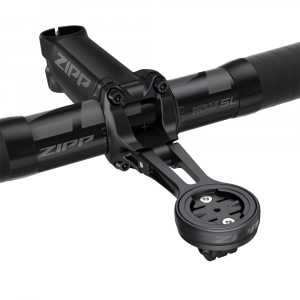