At Day 2 of the 2016 (11th annual) Nittany Lion Cross UCI C2 cyclocross weekend, both the men’s and women’s races were nail-biters. While much of the nation’s attention was on the rainbow stripes of Wout van Aert, Belgian Telenet-Fidea team and American women at the 2016 Trek CXC Cup in Wisconsin, the racers in Nittany arguably put on a more suspenseful show. The photos below capture the emotion of the moment. In the men’s race, Jeremy Durrin (Neon Velo) made it two-for-two, outsprinting Anthony Clark (Squid) to take another UCI C2 victory. Five racers finished within ten seconds of the winning time, with eleven within a minute. 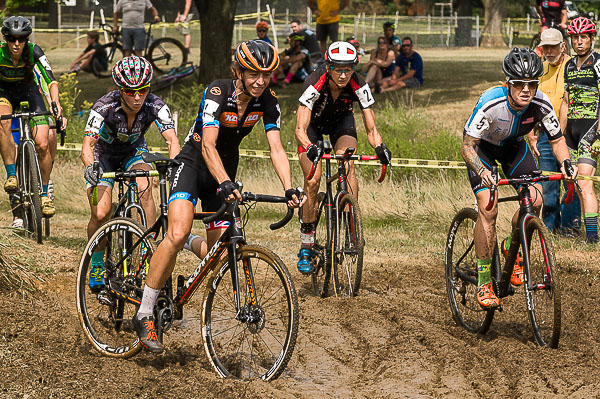