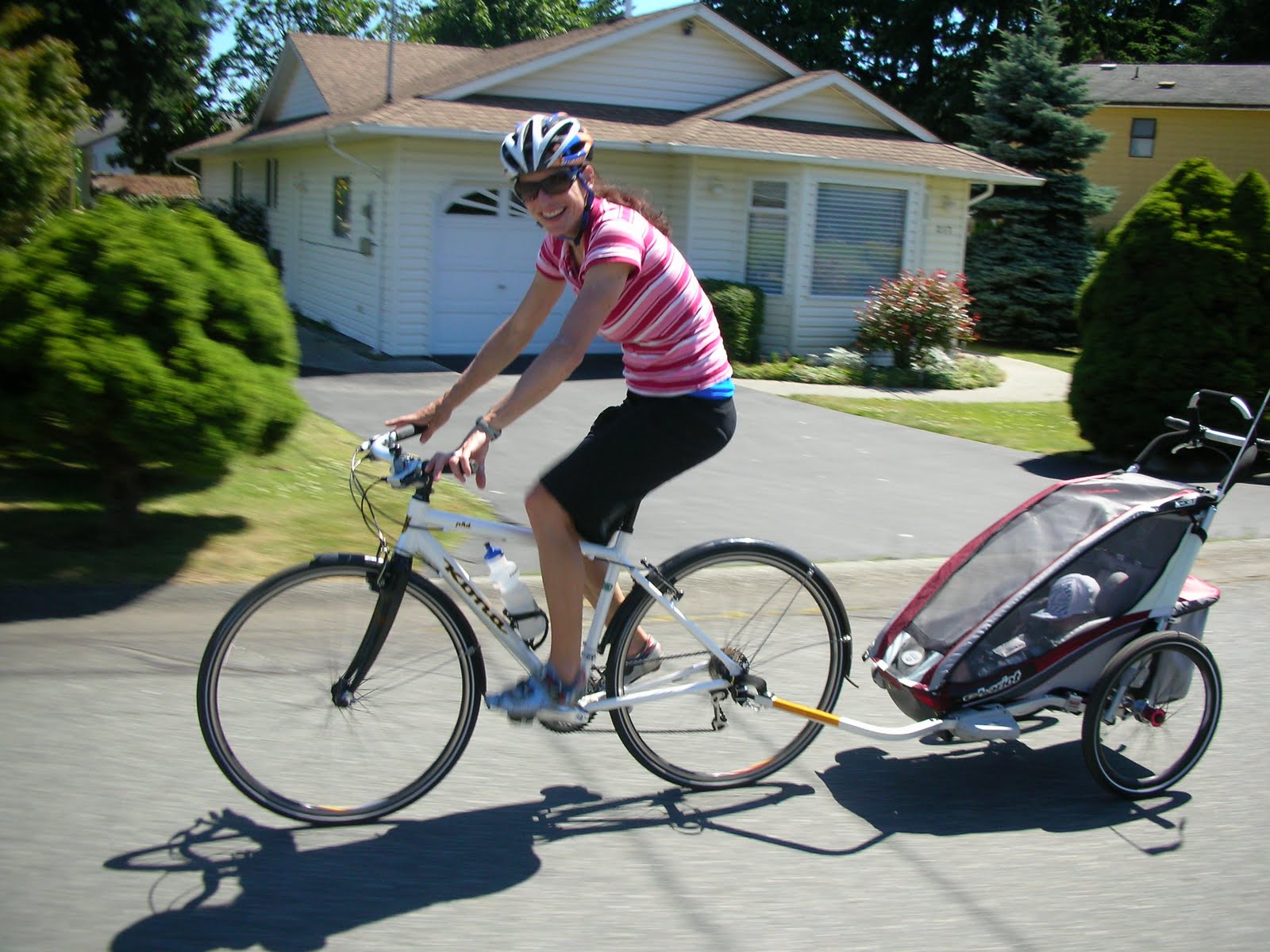 Wendy Simms skipped the 2009 season, but she had a great reason. She and her husband Normon had their first child, Tycho, who is now nine months old. But racing is in Simms’ blood, and she could only stay away for so long. The 38 year-old four-time Elite Canadian national cyclocross champion is coming back to the fray for 2010, and she’ll be spending the remainder of her maternity leave in an unorthodox way. Sure, she’ll be focused on raising her son, but she’ll also be sprinting for hole shots and going anaerobic on a regular basis against some of North America’s – and the world’s – best ’crossers.

Simms has already lined up for two epic, multi-day MTB events to jump start her fitness, and will be making the start for a full portion of cyclocross events before she has to go back to her “real” job as a biologist in December. We caught up with her as she gets ready to launch her season at StarCrossed.

Tell me what this season has looked like for competition thus far. I saw that you raced both Trans Rockies and the multi-day BC MTB races. How’d you do? I imagine those two events pretty much take care of any base training you might need for the ’cross season!

After Tycho was born, I was trying to set some goal races for the mountain bike season without putting too much pressure on myself. I wanted to use the summer to get back in shape for ’cross. The multi-day stage races are the best way to get some fun miles in, so I raced both BC Bike Race and Trans Rockies with my husband Norm.

It was a lot harder logistically with a baby, but we had amazing baby support for both races. We were third at BCBR and second at TR – the teams that beat us were Catharine Pendrel/Geoff Kabush and Mical Dyck/Jeff Neilson, so I didn’t beat myself up too much! We definitely got stronger as the race went on which is always a good sign.

TR was really hard this year because of the conditions. But for some reason Norm and I seem to have great races when the conditions are horrendous (I guess racing ’cross keeps you tough). On Day 6 of TR we had 50km/hr winds, hail, pouring rain and sub-5°C (40°F) temps. We won the stage for our category and were sixth overall. Most of the field was rerouted to a shorter course for safety reasons. We both said it was the hardest day on a bike – ever. This picture pretty much sums it up.

What, no B bike? © Wendy Simms

You’ve been (mostly) out of competition for about a year. How has that experience been?

My last race was Sea Otter 2009, but I dropped out because of a “stomach bug” (soon found out I was pregnant). Before that was Cyclocross Worlds in February, 2009, so it’s been a while since I’ve had speedy legs and hurt like only ’cross can make you hurt. I have to admit, I’m a little nervous about my first ’cross race of the season…

Tycho is nine months old now and super cute (if I do say so myself). He is just learning to crawl. The experience has been absolutely amazing. Although I’m not going to lie: the first six weeks were hard as hell, and I have never felt so useless in all my life. But after a couple months, you start to get the hang of things and he smiles (finally) and the bond grows pretty strong.

What’s your training looking like these days, are you bringing your son along for any of the rides?

Even though I’m not working, training is pretty hard to squeeze in these days. Its unbelievable how much time a wee one can suck up. I’m lucky if I get 10 hours training a week. I [cross country] skied with Tycho a lot over the winter, and I hike with him in the backpack or run with him in the Chariot – he just watches everything that’s going on then eventually falls asleep. I have a babysitter two mornings a week, so those are my “protected ride times” if all else fails. We just started taking Tycho out in the Chariot behind the bike (you have to wait until they are strong enough to sit up) so it has been super-fun doing family rides. I haven’t been hardcore enough to do hill repeats with him in it yet!

Are you still holding down your day job as well? How do you juggle everything?

Maternity leave ends Dec 6th, and I think that might be when one of the balls drop…. I am racing ’cross until I go back to work, mostly West Coast races to minimize travel, and no Europe trips this year.

Coming back to ride for Kona? Will you be on one of their new bling-carbon rigs?

I’m pretty excited to be racing the new carbon Major Jake for KONA this year. I don’t have it in my hot little hands yet, so I can’t tell you how awesome it is, but I have no doubt it will be speedy.

Any specific goals or target events?

I have to admit that most of the events I chose were based on grandparent babysitter availability. I don’t want to drag Tycho around to airports all season, so it’s a mish-mash of events starting with StarCrossed and ending with the Portland USGP.

We look forward to seeing Wendy Simms back out on the ’cross course, and we hope to get the chance to bring you an update of Wendy’s progress before long.