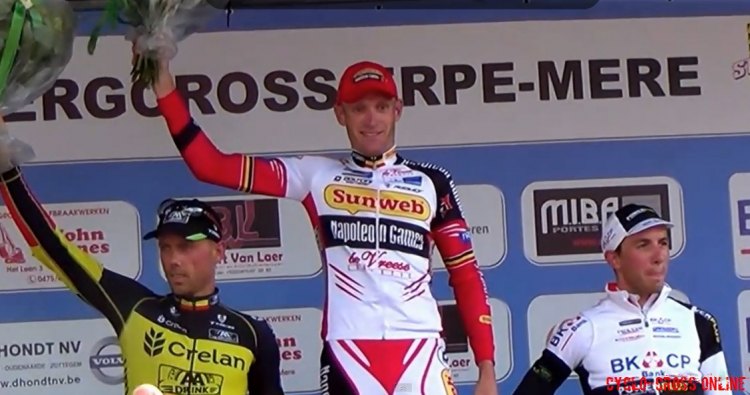 Yesterday in Belgium’s Steenbergcross, the pace was set high immediately, with lots of big names sticking with the lead pace. First and second place riders at CrossVegas, Sven Nys and Lars van der Haar, found themselves having to work up through the field as Meeusen dictated the speed at the front.

Thirty minutes into the race, Klaas Vantornout put in a large attack. Nys worked his way to the lead chase group, but Vantornout already created a large gap, which he held for the remainder of the race. Nys followed in second, and Philipp Walsleben finished third.

The folks at Cyclo-Cross Online captured some video highlights on the day: