Nashville, TN – The Tennessee Bicycle Racing Association (TBRA) is excited to announce the second full season of cyclocross racing in the state, beginning with races on October 5, 2008, in Parrottsville and ending January 18, 2009, in Columbia. Over 20 races will be featured this season in many different communities throughout the state. The state championship race will be held November 16, 2008 in Memphis. All races are open to interested cyclists.This season, race categories will be available for Juniors 10-14, Juniors 15-18, Women’s CX4, Men’s CX 4, Single Speed, Women’s Pro/CX 1/CX 2/CX 3, Men’s CX 3, Men’s Pro/ CX 1/CX 2, Men’s Master’s 35-44, and Men’s Master’s 45+. Each rider’s top 10 finishes will be counted towards the series points tally. State champion jerseys will be provided to the top finisher of each category in the overall series and the state championship race. 2nd and 3rd place finishers in each category will also receive awards.

Cyclocross is a sport characterized by the navigation of a bicycle over a closed, 1.5-2.2 mile course featuring a variety of terrain such as dirt, gravel, pavement, sand, grass, and, occasionally, mud. Riders are categories according to their age, sex, and skill level. Races are generally 30 – 60 minutes in length. The 2008-2009 campaign marks the second season a collective points series is available to riders in the state.

The Tennessee Bicycle Racing Association (TBRA) is an organization of Tennessee bicycling racing clubs and their members. TBRA exists to help promote, develop, and grow the sport of bicycle racing in the state by helping race directors promote events, helping riders access the sport, and generating enthusiasm in the cycling community at-large. TBRA’s volunteer staff, among other things, organizes and maintains finish line equipment for use by TBRA member clubs, administers several season-long race competitions, and attempts to organize the race community across the state. More information on the series can be found by visiting www.tbra.org, or by contacting Dan Werle at the e-mail address listed below. Video: Southern ’Cross is Alive, Kicking and Growing in Tennessee

Tennessee’s Mud, Sweat and Gears Announces the “Biggest Ever” Season 7

Fayetteville, Tennessee, Invites You to Beat the Freak 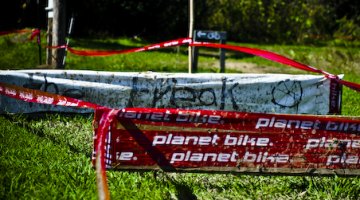