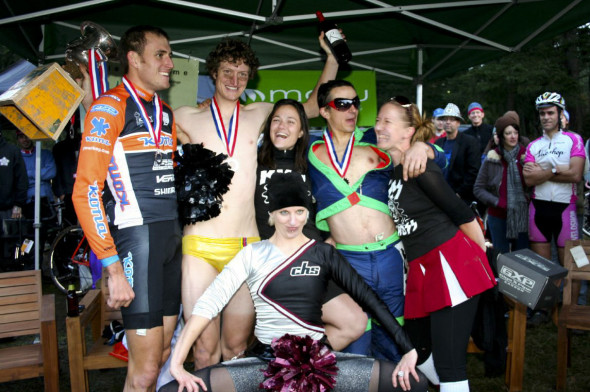 Did we miss any top contenders? Let us know in the comments who your money is on!

With Mo Bruno Roy out of the running for the weekend due to work and family in Massachusetts, there is no clear front-runner in the women’s race. That isn’t to say that the headliner race of the day will be dull though: Far from it! With racers coming from all over the country, it’s going to be impossible to call, since most of the women have never raced against one another.

The men’s race is tough as well: with over 200 entrants, we had a hard time narrowing down the options for heavy hitters. But there were a couple of obvious standouts.

Festivities start tomorrow, so stay tuned to CXM for all the fun from SSCXWC and Junkyard Cross this weekend! And if you can’t wait, check out our retrospective from SSCXWC since its humble beginnings in 2007.