The Grief, Pain and Promised Joy of Dirty Kanza – A Rider Diary by Neil Shirley

Last week, Neil Shirley offered readers a view into a contender’s pre-race thoughts and preparations on the eve of the 2017 Dirty Kanza 200 gravel race. The 2015 Gravel Worlds winner and former Road Bike Action journalist, now working for Lyman Agency, took to the line this year for his fourth attempt, and reported back on the adventure. Enjoy his Cyclocross Magazine race diary below.

Note: Shirley and his employer represent ENVE and Topical EDGE.

As the poem goes, “The best-laid plans of mice and men often go awry,” and no phrase could better describe my previous three performances at Dirty Kanza. It has proven to be my nemesis. To be fair, saying that my preparations this time around were “best-laid plans” might be a bit of an exaggeration compared to what I’ve done in years past, though I wouldn’t say I was exactly unprepared, especially considering I had DK’s wheel partner, ENVE, acting as my support crew and ready to take care of any issues that might arise at the checkpoints.

So when I laid my head down Friday night I was at least content there was a good chance this year would break my streak of DK200 disappointments. By the time the alarm went off on Saturday morning at 4:30 AM I had already been awake for an hour thanks to a restless mind. Not entirely surprising, considering that as I was falling asleep my mind was swirling with a hundred thoughts, including: Just one of the many course features that kept Neil Shirley’s mind racing. He was prepared by waterproofing his phone with a Ziploc bag. 2017 Dirty Kanza race. © Ian Matteson / ENVE

Once I completed my mental checklist and added a second application of Topical EDGE lotion, I headed to the start where I was graciously given a call up to the front row along with riders such as former DK winners Ted King, Amanda Nauman, Yuri Hauswald, and Dan Hughes. It was really nice starting at the front for a couple of reasons; I would be going into the gravel at the head of affairs, and much more importantly, I could say I made it to the front at least once that day. It’s those small victories in life. When we rolled out of downtown Emporia at first light, we all knew it would be a really long time before seeing the finish. From dawn to dusk for many, and dawn to well after dark for many more. I figured it would be a fast year considering it had been dry for days and the wind was expected to be light, two things that can have a dramatic impact on finishing times. By the time 40 or so of us hit the first checkpoint at mile 50, we were on record pace averaging 21-mph! And that’s on gravel through the rolling Flint Hills. Not too bad. Riding in a group that size at those kinds of speeds on gravel offers up its own challenges. For one, there are only really two good lines to follow, and riding outside of those lines poses a very real chance that you’ll be left behind with a flat tire. That makes drafting in a cross wind or really any type of cohesion as a group all the more difficult. Second, those darn chunks of gravel get shot off the rear tire like bullets and taking one of those to the head, shin, or really anywhere on your body can be perilous. The more riders in front of you the greater the risk posed.

As the miles wore on and the one to two-minute kicker climbs began taking their toll, the group continued to thin out, which was a good thing since, as I just mentioned, there isn’t necessarily safety in numbers.

Then without notice, I was solo.

I was all by myself, but not the good kind when you take a flyer off the front and drop everyone. No, I was solo on the side of the ride with all the life hissing out of my rear tire. The flint rocks had done me in.

I knew better than to run something as narrow as a 35mm tire, but since the Alchemy Hyas I was on was quite limited in the clearance department, 35mm was the biggest I could fit into the frame with ENVE M50 rims. No worries, I thought, I’ll just shoot a Co2 into it and get my Orange Seal sealant to take care of it and be on my way. No go. Alright, one more Co2 should definitely do the trick. Nope. Okay, guess I’ll put a tube in. Ten minutes after initially stopping I finished pumping up the tire with my Lezyne pump since my two Co2 cartridges were now just empty reminders of how much time I had wasted on the side of the road while the front of the race rode away. So maybe I wouldn’t hit my goal of a top-10 today, but I could still get close since there were 125 miles to pick people off, right? I was off again and catching riders, and finally found a couple of groups that were riding well together. I got to ride with 4x DK winner Dan Hughes, then 2x DK winner Amanda Nauman and Janel Holcomb, who would go on to finish second and third in the women’s field, respectively. Marine Matthew Kutilek was another rider I spent some time with, and he is nothing short of a bonafide hero considering he barely survived taking a bullet from a sniper in Afghanistan. As it turned out, I was in some very good company. Despite an untimely flat tire while in the group and top 10 ambitions, Neil Shirley had a lot to smile about with his 2017 Dirty Kanza race. © Ian Matteson / ENVE

Not long before reaching the third and final checkpoint at mile 162, the wheels started falling off (metaphorically, of course). In my attempt to limit the damage of my flat tire, I created a whole lot more damage in the way of oncoming leg cramps and some dry heaves that would then cause a side cramp. But there’s always two things you can count on in Kansas, and that’s more gravel around the next corner, and a generous rancher with a cooler full of cold water to appear in the middle of nowhere. Ahhhh, a minute of not pedaling, simply basking in cold, wet, bliss. That got me into the checkpoint where I proceeded to undo my entire nutritional plan in a matter of 10 minutes.

The ENVE crew had every kind of food imaginable at the ready. Cheez-Its? Yup, give me a handful. Pickle? Oh yeah, and the juice too, please. Snickers? Of course! A Coke? Sure thing. After that, I was a new man and ready to take on the final 45 miles! Other than burping up pickle juice for the next 25 miles those ended up being some of the best miles of the day. I got in with a few riders that could maintain a steady pace and we ticked off mile after mile, occasionally catching a severely cracked rider going backwards. There was no chit chat among us; it was an unspoken bond, with each knowing their duty was to help guide the group to the finish. A little over 12 hours after we rolled out of Emporia we rolled back in and across the finish line to cheers and high-fives from friends and people I had never seen before. Those were the locals and this was their event, and they’re damn proud of it. As I’ve told myself each year since the first time I did Dirty Kanza, “There’s always next year”. It has proven true every time, and I can’t wait to experience Emporia, the Flint Hills, and whatever Dirty Kanza decides to throw at me next year. Stay tuned for more coverage and interviews from the 2017 Dirty Kanza 200 gravel race. 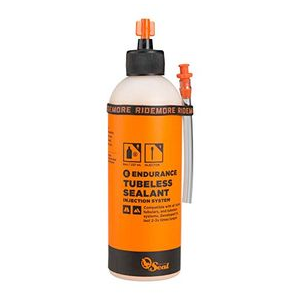 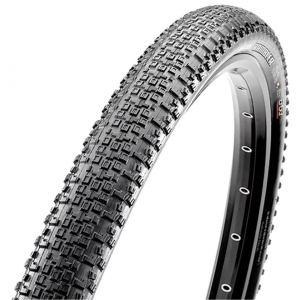 Next post Dirty Kanza 2017 - A Photo Essay by Christopher Nichols