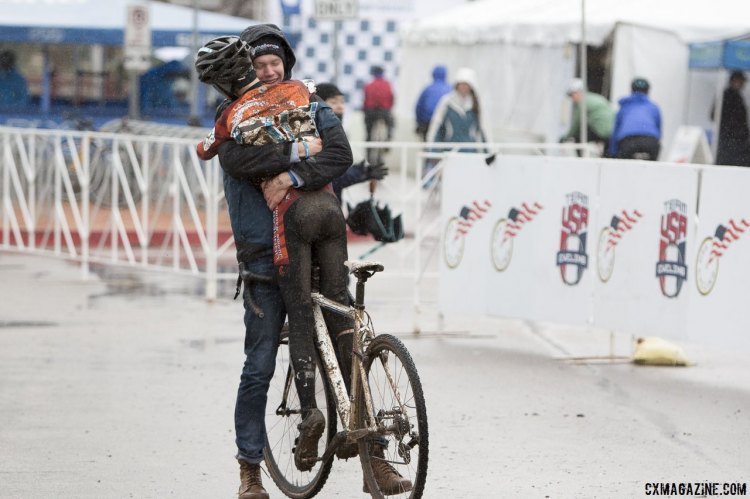 Nicholas Petrov getting a big hug after a big win today in the 11-12 race. © Cyclocross Magazine

Austin, TX-A steady rain fell on the course as the 11-12 year old boys took to the course. Conditions were slick on the off-camber twists, and racers had to fight to stay upright on the punchy climbs. Despite skillful rides from many of the junior racers, Nicholas Petrov, from a family of strong racers, won the race with a solid lead. As soon as the racer crossed the line and posted up, he immediately succumbed to tears of pain as he tried to warm his frozen hands. “I just came out here to have fun and try my best,” said Petrov after he warmed up. “I had so much fun. This is one of my favorite courses.”