3 Santa Cruz Stigmata Frames and Timbuk2 bags up for grabs 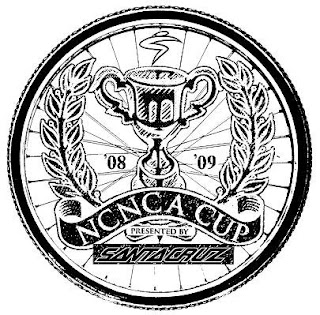 SAN FRANCISCO, CA – Santa Cruz Bicycles has signed on as the title sponsor for the 2008-2009 NCNCA Cup and will be offering up 3 Santa Cruz Stigmata frames to lucky winners at the series finale on Jan. 4th. Timbuk2 Designs has also graciously kicked in custom NCNCA Cup embroidered messenger bags for series winners in all categories.

The NCNCA Cup is a regional premier series collecting the best and most popular cyclocross races in Northern California and Nevada and combining them into one region-wide, season-long championship series. Now in its second year, the NCNCA Cup is bigger and better with an expanded prize list and new race venues.

For our 2008-2009 NCNCA Cup Schedule, we have spiced things up a bit. The series will kick off on October 12th on a brand new CCCX course – Keith Defiebre is finalizing one of two courses that he promises will be among the finest cx courses Nor-cal has to offer (UPDATE: looks like Laguna Seca!). Race Two on October 26th is the spooky return of Velo Bella’s always fun, always hilarious Spirit of Surf City Halloween Race at Soquel HS. New this year is a back-to-back weekend (races 3-4) on November 8-9 with the Sacramento and Sagebrush series’ teaming up for a great weekend of racing. Kick off the road trip with a journey to one of our district’s best courses at Sagebrush’s Hidden Valley Park in Reno on Saturday, then on the way back, hit Rich Maile’s humdinger of a course at Discovery Park in Sacrameno on Sunday on the return trip. Race 5 on November 30th, will be the return of Bay Area Super Prestige’s most popular venue, Golden Gate Park. And finally, on January 4th (finals) the NCNCA Cup takes its first foray into the “Peak Season” and celebrates the New Year with a grand finale at everyone’s favorite venue – Watsonville Fairgrounds. Everyone should be on-hand to enjoy some epic racing, cheer on the series winners, and cross their fingers that they’ll go home with some great prizes – maybe even one of the Santa Cruz frames…
Schedule

Raffle
In continuing with the grass-roots spirit of the event, most of the NCNCA Cup prizes – including the 3 Santa Cruz Stigmata frames – will be given away to lucky winners in raffle following the final event on Jan. 4. This year we have a new incentive for attendance in the series – the more you race the better your chances at winning a prize. For every series race you enter*, you will receive one entry into the final raffle on Jan 4th. Additional raffle tickets may be purchased at the final event for $10 each.

*Note that all riders in non-scored events will also receive entries into the raffle. You must attend the final event in order to be eligible for the raffle.

About Santa Cruz Bicycles
While primarily known for cutting edge full suspension mountain bikes, by dint of name alone, Santa Cruz Bicycles has an obligation to cyclocross. IF you’re gonna have a bike company based in surf city, you should probably step up and get dirty in wintertime. That obligation was largely ignored (with the exception of a handful of masochistically inclined employees) until the fall of 2007, when the Stigmata was quietly introduced.

It’s a no BS ‘cross bike. Light, sweet handling, made right here in the Yew Ess of Ehh, out of Easton tubing, the Stigmata is the bike for the other half of the misfit army that works here at SCB. We don’t expect it to set the world on fire in terms of sales, but it is the bike that those of us here wanted, so that we could race something with our name on it.

About Timbuk2 Designs
Timbuk2 Designs, Inc. designs, manufactures and markets bags, packs and accessories for the outdoor, bicycle and travel markets. Timbuk2 was founded in 1989 by a San Francisco bicycle messenger and is best known for its signature tri-panel, multi-color design and distinctive “swirl” logo. The company also allows consumers to select custom color combinations on its award-winning website. Information about Timbuk2 and its products can be found at www.timbuk2.com. The company is privately held and based in San Francisco. 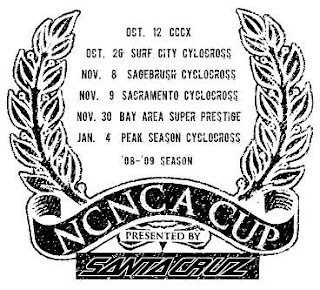