In a sign that the 2016/17 cyclocross season is around the corner, teams are starting to make announcements about sponsors and rosters. Joining those ranks is the JAM Fund, which has just named its riders for the coming race season.

It’s no secret that Ellen Noble has moved from the JAM Fund program to Aspire Racing, joining Jeremy Powers, who we spoke with recently about his new teammate. Aside from filling Noble’s spot on the Elite squad, a second rider was added to the Elite roster and two riders were added to the JAM Fund’s development program.

See who will fly the Jam Fund flag in the press release, below.

JAM Fund is excited to name two new riders to its elite cyclocross team. Rhys May of Athens, Georgia and Natalie Tapias of Brooklyn, New York are relocating to Western Massachusetts to train and race for the JAM Fund.;

May was born in JAM’s backyard in Northampton, Massachusetts but has lived in Georgia since she was ten. She started racing cross four years ago on a singlespeed steel Univega. Since then, she started her own small grassroots cycling team got a coach and drove around the country racing cross. She participated in Cycle-Smart Cyclocross Camp for the past two summers where she met JAM Fund members. Now she returns to her birthplace to race for the JAM Fund elite team. “I got an email that said we have a spot open for you on JAM if you’re interested,” May said. “And I’m crying, jumping up and down, and of course I’m interested. They asked if I can make the move, and I said, see you soon!”

Tapias has a unique athletic history as a highly disciplined ballet dancer who made the switch to cycling two years ago. She fell in love with cross while watching Cross Vegas and raced almost every weekend this past season. She also races on the road and just competed at Speed Week, a series of pro criteriums in the Southeast, when JAM made her the offer to join the team. “This will change my life,” Tapias said. “Being with JAM Fund will help me become the best cross racer I can be and achieve things I don’t think I could do on my own.”

“Both of them are newer to elite racing and we are going to take a multi-year view on their progression,” Donahue said. “The main reason they were selected is the willingness to immerse themselves in the team environment. This means moving to Easthampton and expressing intentions of making CX their primary focus for the next two years. I would say these riders will give us an idea of how much of an environmental factor the program has on turning ambition into performance.” 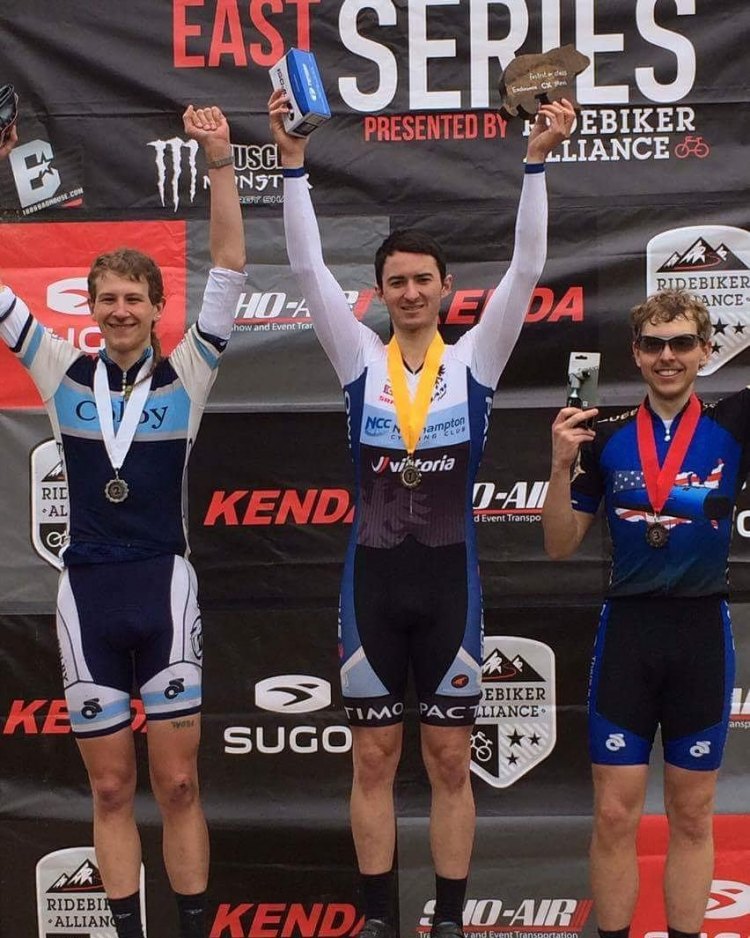 In addition to the four new team members, JAM Fund has made a new partnership with Kask helmets for the 2016 cross season. JAM Fund continues its longtime partnership with the Northampton Cycling Club. Riders interested in joining future JAM Fund development teams are encouraged to join NCC and volunteer in its events.

“The idea is to have people race for the club first and then come race for JAM,” Donahue said.

JAM Fund is a non-profit cycling development program founded by Powers, Donahue and Mukunda Feldman. Their purpose is to create the next generation of cyclocross pros and good ambassadors of the sport. The organization’s biggest fundraiser is the Grand Fundo, a challenging scenic ride through the Pioneer Valley, on Saturday, July 16. Register for the event and ride your bike with the new JAM Fund cyclists, alumni and friends.

JAM Fund will have more in-depth profiles on the new riders out in the coming weeks.

Previous post Training Tuesday: 8 Things to Help You Get Fast - An Interview With Chris Mayhew