GLOUCESTER Mass.—New England and cyclocross have provided bicycle races that entertain and mean something for the past 18 years. The CRAFT Sportswear Gran Prix of Gloucester presented by Ipswich Ale Brewing did not disappoint for year 19, beginning Saturday with the first of two days of Category 2 races. It was the opening weekend of competition for the Vittoria Northeast Cyclocross Series presented by Clif Bar and Cycle-Smart. Gloucester, as well a continuation for USA Cycling’s Professional Cyclocross Calendar (ProCX).

In the Elite Women’s race, Emma White (Cannondale p/b Cyclocrossworld.com) of Delanson, N.Y. would establish an early lead with Ellen Noble (Aspire Racing) of Kennebunkport, Maine and Frenchwoman Christel Ferrier Bruneau (SAS-Macogep). The group of three would exchange the lead several times. With two laps to go, White would attack, with Noble the only rider to respond. 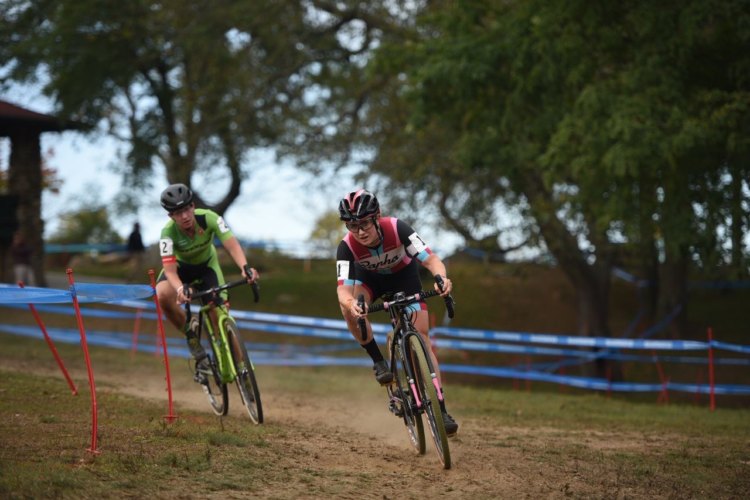 “There were three of us battling pretty hard throughout the race,” said White, who finished second to Noble at this event last year. “We knew had to play it smart halfway through the race when we were all feeling pretty good. Ellen (Noble) put in a pretty big attack, dropped the third rider with us. So then it was just two of us. We were both feeling pretty strong, it was clear. Going into one to go, she put in a really big dig that got me, I was feeling it for sure. Really just had to be smooth through the corners. As soon as I caught up, I saw her breathing pretty heavily, so I left.”

On the Elite Men’s side, Emma’s brother Curtis (Cannondale p/b Cyclocrossworld.com) led the charge with a fast start, forcing a small group to form early on. White would later succumb to a flat tire, leaving the battle for the podium to be contested with Massachusetts teammates Jeremy Powers and Spencer Petrov of Aspire Racing against Tobin Ortenblad (Santa Cruz/Donkey Label Racing) of California.

Ortenblad would outkick the Aspire Racing duo in the final turns to win his fourth ProCX event this year. Petrov would finish four seconds back in second and Powers would cross the line nine seconds down for third. This was the third second-place finish for 20-year-old Petrov in a ProCX Elite Men’s race this year. “I still cannot believe how the season is unfolding. I’ve always wanted a win at the legendary Gloucester,” said Ortenblad, who is the men’s point leader for ProCX. “Patience was a big part of it. You’re out there with two of the fastest guys and they’re also on the same team so they definitely are working against you. Initially, I went out a little hard, and then I saw that it was going to be a team thing at the end and really just tried to be patient.” 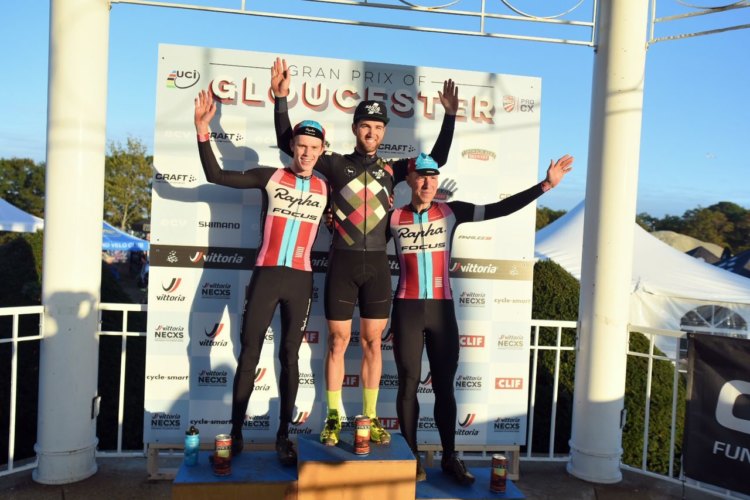 Elite Category 2 races, sanctioned by the Union Cycliste Internationale (UCI), will be held again on Sunday for professional women and men. These races will provide points forProCX. Heading into tomorrow, both Ortenblad and White will wear the coveted Verge leaders’ jerseys as the initial Vittoria Series leaders. Watch the races unfold on day two at Gloucester in person or by following tweets at @VittoriaSeries or @USACProCX (#ProCX). For more information visit necyclocross.com.

Next post Huck, Driscoll Reign at Day 1 of the US Open of Cyclocross in Boulder - Report, Results