NAHBS 2012 may have come and gone, but we’ve got a ton of profiles of handmade cyclocross bikes and builders from NAHBS still to come. View our recent NAHBS 2012 cyclocross coverage.

Mike DeSalvo is considered by his peers, including Rock Lobster’s Paul Sadoff, to be one of the best welders in the business. DeSalvo doesn’t keep that finely-honed skill to just himself and his customers however, and like Sadoff, teaches bicycle frame building classes at the United Bicycle Institute, and also welds frames for the Speedvagen project. I had a chance to talk with Mike DeSalvo, who unfortunately for our readers did not want to be interviewed on camera. Cyclocross is a big portion of his own frame building at DeSalvo Custom Cycles, and the Ashland, Oregon-based builder said the majority of his builds are from titanium or steel, with titanium surpassing steel recently (Gary Smith of Independent Fabrication also said his company is seeing the same trend). So it makes sense that DeSalvo brought a stunning titanium cyclocross bike to NAHBS 2012.

Speaking of brakes, I asked his thoughts on disc brakes and although he likes the idea, he says so many cyclocross racers are focused on reducing bike weight that he presently does not see much demand. DeSalvo is more than happy to build for disc brakes though and thought the 135mm rear spacing standard will prevail.

DeSalvo also thought that some of the new bottom bracket sizes may show merit, but until all the major component manufacturers (meaning Campagnolo and Shimano, since SRAM and FSA already support BB30 and others) embrace one, he is not rushing to change from threaded 68mm bottom brackets.

DeSalvo bicycles are made in Ashland, Oregon by Mike DeSalvo who specializes in TIG welded steel and titanium frames. © Kevin White

Finally, he said gravel road bikes are a fast-growing segment of his frame building business. Hi gravel road bikes are made with clearance for 35c-wide tires or 32c tires with fenders using long reach road brakes with road geometry. DeSalvo says the demand for gravel road bikes comes partly due to a land access issue, with trail access sometimes limited for cycling, but gravel and dirt roads abound remain open for cycling. I asked why not a cyclocross bike for this application, and he thought that was partly aesthetic.

DeSalvo continues to collaborate with Sacha White of Vanilla Cycles in Portland on the Speedvagen project, where DeSalvo is the primary welder. Sacha White, one of the “Original Six,” was conspicuous in his absence and Mike said Sacha spent so much time on his booth in the past that he thought his time was better spent on his present waiting list than being at NAHBS this year.

More years than not DeSalvo wins frame building awards at NAHBS, winning trophies in 2005, 2006, 2008 and 2010. But this year, DeSalvo didn’t enter any of his bikes into any of the fifteen categories, leaving other builders like Moots Cycles and Six Eleven Bicycle Co bring home the Best Cyclocross Bike award.

Andrew Yee contributed to this report.

View other cyclocross bikes and builders from our recent NAHBS 2012 cyclocross coverage. 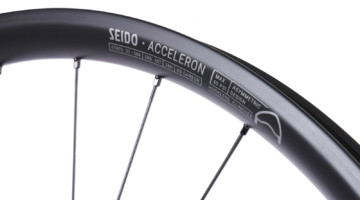 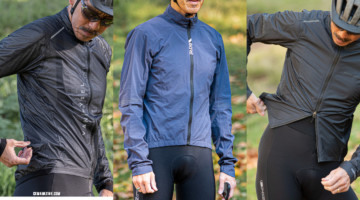