Racing isn’t just happening on the East Coast this weekend with SSCXWC and NBX, it’s also happening with a big week of racing and some of the biggest names out in Bend, Oregon, for the Deschutes Brewery Cup.

In the women’s race, Katerina Nash was again dominant, while Crystal Anthony had another great race (after a win at Baystate last weekend on Day 2) and came in second, followed by fellow Baystate winner (Day 1) Elle Anderson. Season standout Rachel Lloyd, who had a good weekend in CXLA last weekend, took home fourth. 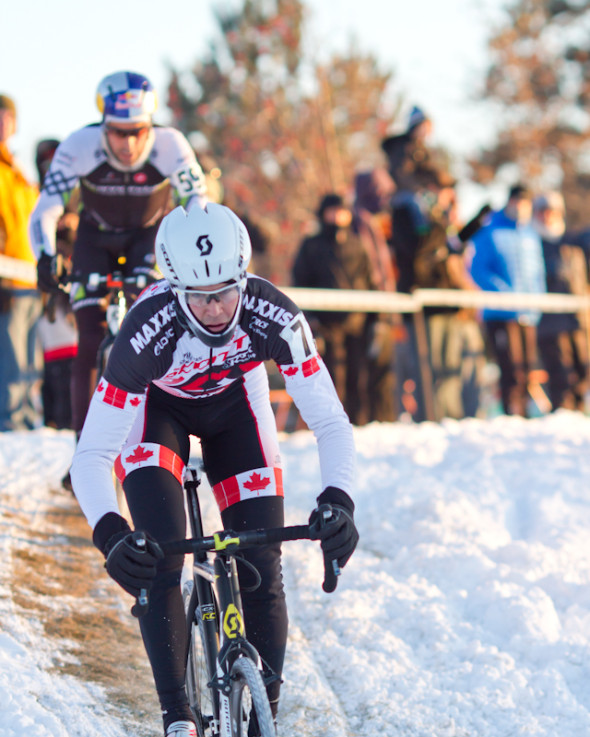 In the men’s race, Tim Johnson took the win, followed by new (and former) Canadian National Champion Geoff Kabush. Jamey Driscoll rounded out the podium, with Jeremy Powers finishing just off in fourth.

Results below the photo gallery.