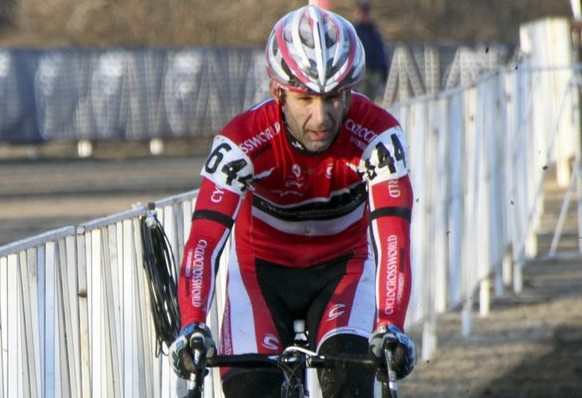 VERONA, WISCONSIN— Justin Robinson (Cal-Giant) was the first call up of the day, but as the riders hit the course it was Weston Schempf (Charm City Cycling LLC) and Brian ‘Ski” Wilichoski (Cylcocrossworld) who took early control of the race. Schempf and Wilichoski managed to put almost 20 seconds into the chasers and looked to be running away with the race when an unlucky trip to the pits knocked Schempf out of contention for the win.

“Racer’s luck!” said Schempf. “It was just a bad pit, I tripped and fell over my bike. When I got back on, my chain was off. I stayed calm. When I got back on, my seat was busted.” Schempf lost even more time trying to get his first bike back as he chased his pit crew to the power washer. The pit fiasco would knock Schempf back to 11th and give Wilichoski a solo lead.

After Wilichoski lost Schempf, he was “heads down” to the line. With one lap to go, his lead had slipped to 15 seconds, but despite several mistakes the last lap-and-a-half, he was able to hold on the for the win.

Christopher Chase (Feedback Sports Racing) and Scott Frederick (Inland/Back to Dirt) fought a hard, back-and-forth battle for second as they ate into Wilichoski’s lead. By the finish, Chase was able to out gun Frederick for second, followed closely by a resurgent Schempf who turned himself inside out to get fourth.

Next post McDonald Wins U23 by a Landslide at 2012 National Cyclocross Championship – UPDATED: New Video Interviews