‘Cross in the US – Through APRIL!

Think ‘cross season in the US is over? While Europe’s season is still heading for a climax with worlds in two weeks and races through much of February, the US scene typically slows down dramatically after nats. But thankfully for die hard ‘cross fans and some promoter heroes, there are a growing number of races that take you well into the new year. April 5th, to be exact.

Here in the Bay Area, we’re lucky to have a few more Peak Season Cyclocross races, on January 13th and January 27th. Come over to Santa Cruz county to experience some great grass roots ‘cross with hopefully a good dose of mud. Folks who missed out in Kansas City can still win a national championship, with the ABR ’07 National Championships in Fresno, CA on January 20th (yes, it’s weird it’s ’07 champs). Out in Austin Texas, the Tuesday night Dirt Derby Series’ season 2 is just heating up, and offers ‘cross racers the option to do several different ‘cross races, including velodrome-style events on dirt. But the biggest news is perhaps Larry Grossman’s new spring Cult Cross Series, with races on March 15, March 16th, and April 5, 2008, in Eagle Country, Colorado. We’ve got his newest race guide here in pdf format (3.6 mb) complete with course maps. Anyone sad to see the ‘cross bike already collecting dust should consider a visit to these races. You could even combine a spring ski trip with some ‘cross. We’re tempted.

Year-round ‘cross. Sweet. That’s what we’re all about.

Know of more late season races? Tell us about it. Drop us a comment below.

Announcing the Return of Cult Cross for 2013 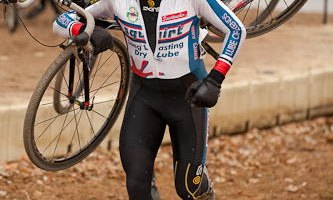 A Racer’s POV from Cult Cross Cyclocross in the (Front Page) News