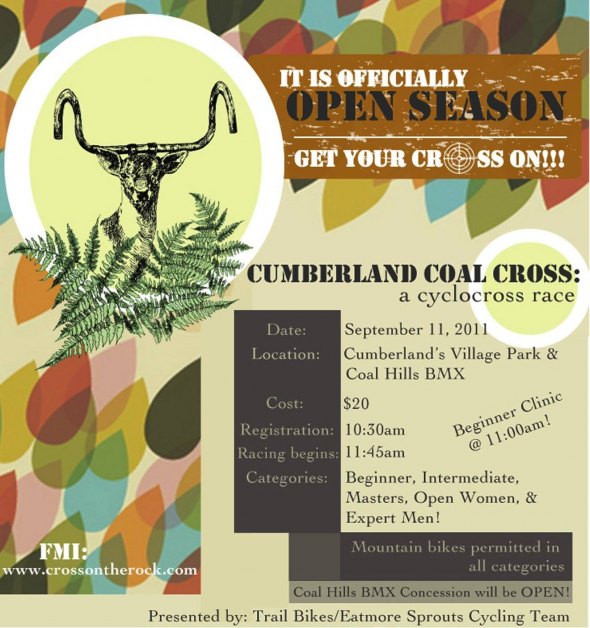 We have 7 races on Vancouver Island this year, from Victoria to Cumberland, Nanaimo to Port Alberni. Of those seven races, six are series races and one is the “Island Championships” (see information below). Of the six races in the series we will score a max of five events throwing out your worst series score if you do all six events. The last race of the series will be the series championships in Victoria and will be double points as it has been in the past.

Aside from the Island Championships, which is an age-based category system, our series is basically ability-based with a division by age. Fastest racers in Expert and Open Women’s. All others divided into basically beginner or above 40 years of age or below 40 years of age. For a more in depth description read below.

BEGINNERS: This is someone that is new to bike racing. New to cross racing. Young. Old. Does not really fit into any of the other categories.

MENS MASTERS: Master races for this year will be 40 plus (age as of the end of 2011). If you are over 40 and not quite fast enough to race Expert, this is your category. We will also recognize the first Masters that is 50+ in the results as well as hopefully series overall.

SINGLE SPEEDERS: In a perfect world we would be as big as Portland and Seattle and be able to have categories for everyone. For 2011 if you want to race against the single speeders of Vancouver Island in cross you need to race Intermediate category. We will have an indication on the results that you are a single speeder.

INTERMEDIATE MENS: You have graduated up from Beginners. You are not old enough to race Masters. Getting Faster but not quite fast enough to race Expert. This is your category.

EXPERT: If you have raced Pro, Expert, Cat1, Cat2 or have finished in the top half of a Cat3 field, here’s where you should be. Races are a bit longer and a bit faster. If you have won a few Intermediate men’s races or are coming out to race our series after winning a world championships or something like that in another cycling discipline, this is probably your category.

KIDS: Some of our events will have kids races for kids, meaning under 12. If your kids are up to it they can race the beginner category, and if they get too fast for that they can move up to Intermediate.

The Island Championships will be a new event for 2011. This will be hosted by the MIVA Club in Nanaimo at BEBAN Park the site of 2006 National CX Championships and a venue we have used 7 times on the island. This event will have different categories than our other events with all participants having to race age based categories rather than ability based as usual. For example we will have Male and Female Categories for the following: under 15. 16 to 19. 20-29, 30-39, 40-49 and 50+ (all ages at the end of 2011)

The Series Championships will be in Victoria this year. Double Points up for grab and as usual a tonne of draw prizes. We are still working on the last Victoria venue with a few options so we will keep you posted.