For the first time ever, the top prize money earner in a UCI Cyclocross season is an Elite Woman. Alvarado beats Worst in a sprint once again at the 2020 Vestingcross Hulst, but beat all men and women for the title of top prize money earner in 2019/2020. © B. Hazen / Cyclocross Magazine

Ceylin del Carmen Alvarado can add that title to her 2020 UCI Cyclocross World Championship, her Superprestige series win, and her U23 World Cup title.

HLN.be estimated prize money earned by top cyclocross stars male and female, and Alvarado came out on top thanks to 15 wins and seven podiums at the time of its calculations. Eli Iserbyt was second, and Annemarie Worst was third. See the full HLN.be article, which is behind a paywall, here.

Mathieu van der Poel, despite not winning only one race he entered, was only sixth. See the prize money earnings estimates for certain riders in the table below. The USD estimates are ours.

Two of the top three prize money earners being women happened in part because the Elite Women were offered equal prize money to the Elite Men for the top 4 at the UCI Cyclocross World Cup, the top 8 for the Telenet Superprestige and the top 15 for DVV Trofee series.

Alvarado was surprised by her prize money total, but emphasized that the women still face a large gap to their male counterparts’ overall compensation. Alvarado revealed her prize money was greater than her salary and starting fees, two areas where men have typically commanded far more. As far back as ten years ago, top male stars were receiving 8,000€ per race start. Alvarado’s teammate Mathieu van der Poel earns well into the seven figures between salary, endorsements, start fees and prize money. Still, Alvardo claiming the most prize money is a step in the right direction and an important milestone in equality. Let’s hope we see the salary and start fee gaps close as well.

Television viewership is making such a case, and fans certainly can’t argue that the Elite Men put on a more exciting race. Anyone watching the 2020 Worlds, 2020 Superprestige finals and the DVV Krawatencross saw the women’s racing was more dramatic and suspenseful. 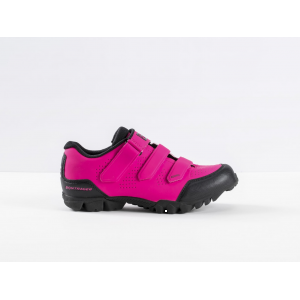