The Canadian Cycling Association announced the first selection of elite athletes that will be representing their country at the 2010 UCI Cyclo-Cross World Championships being held in Tabor, Czech Republic in January 2010.  The athletes that will contest the U23 and Women’s Elite races are listed below along with the Junior racers that were announced in November.  CXM contributor Vicki Thomas, for whom making the Worlds team was a long time goal, is hoping that her three seasons of Belgian ‘cross will pay off in Tabor. 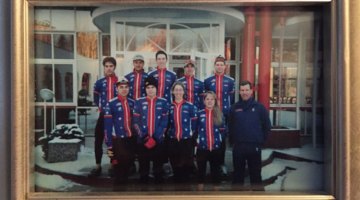