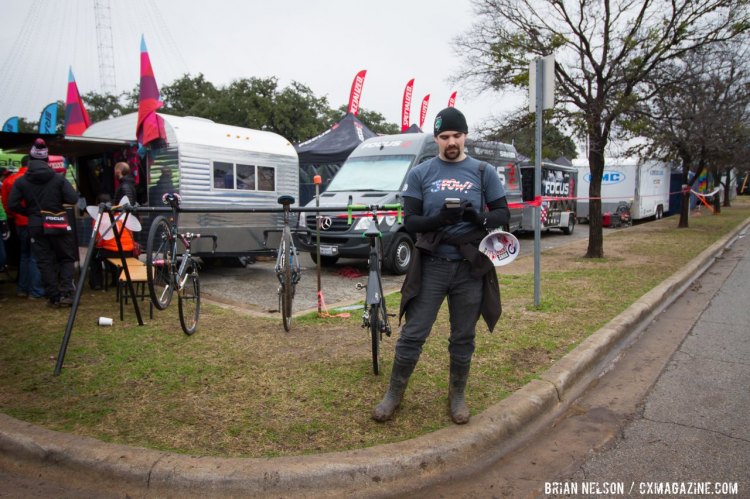 BTBTV streamed the Press Conference at Nationals as well as the live races the following day. They will not be offering race coverage this year. © Brian Nelson

Late last night, Jeremy Powers released a heartfelt post about the hard work and dedication that ended up making him appreciate the journey of his season as well as the benchmarks he has been able to achieve on both ends of the race tape.

“Entrepreneurs take incredible risks,” he began. “They work ridiculously hard for a long time, spend everything they have (and more) working toward their goals, and just keep pushing. Often, even after giving 150%, they still fall short. And for a lot of different reasons, they don’t accomplish the goals they’ve set for themselves…”

Despite his efforts and commitment to BTB TV, Powers went on to explain how BTB TV won’t be providing cyclocross coverage this year.

We appreciate everything that Powers and BTB TV has done for the sport over the last five years. We at Cyclocross Magazine can relate to how challenging it is to cover a relatively niche sport can be. The company’s commitment to spreading the viewership of the sport has been impressive. Even at Nationals in Austin, where the delay must have been staggering in costs, BTB TV remained firm in offering the country and world a view of American Cyclocross. Media coverage for the sport is pinnacle for its growth around the world, and BTB TV’s absence will be deeply missed.

Thank you, Jeremy and Emily Powers, for your 150%.

Next post Mechanical Monday: Dialing in Wide-Range Electronic Drivetrains by Using Mountain Bike Di2 with a Road Drivetrain and Shifters

Previous post Australian National Championship Race: On Board Videos of the Men's and Women's Races and Full Results