In June, Derek Bouchard-Hall will be appointed as the next CEO and President of USA Cycling, taking the place of Steve Johnson. We certainly hope this was not partly a result of our April Fool’s Day joke last month, which got more than a few members of the cycling community fired up.

The details of Bouchard-Hall’s appointment are below, provided in a Press Release by USAC: 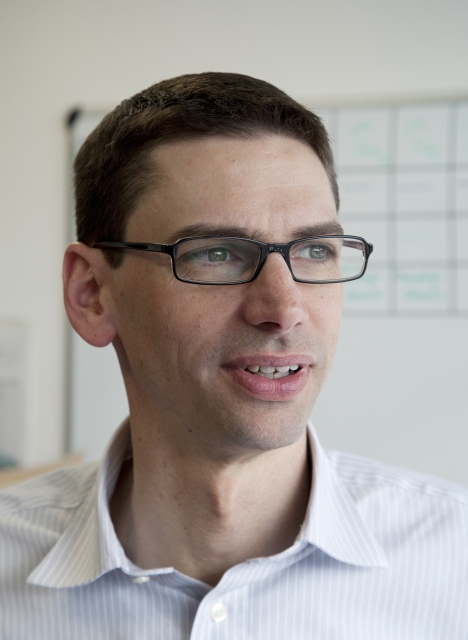 Bouchard-Hall will join USA Cycling as the CEO in June. Photo courtesy of USAC

“After an extensive search process, we are thrilled to have chosen Derek for the remarkably unique and relevant experience he brings to USA Cycling,” said USA Cycling Board of Directors Chairman Bob Stapleton. “He has deep insight into cycling enthusiasts and a track record of successful customer engagement as an executive at Wiggle. He has also proven to be a highly effective leader of change, both as a consultant at the world’s leading management consulting firm, McKinsey, and as the Director of the U.S. Small Business Administration’s HUBZone Program. His outstanding personal cycling experience and ability to relate to elite athletes is a bonus.”

“I could not be more excited to be returning to the sport I love at this time in its history,” Bouchard-Hall said. “We hope to capitalize on the very positive aspects of cycling, including the growth of women’s cycling and the broadening of participation in cycling by those seeking to improve their fitness and well-being. I can’t wait to get started.”

“Derek’s business experience is a tremendous asset, but it is his track record of engaging with customers that convinced us he is right for the role,” said Board Vice-Chair and Selection Committee member Alex Nieroth. “His experience and instincts unquestionably align with the direction we seek for USA Cycling moving forward.”

Originally from Massachusetts, Bouchard-Hall began a cycling career while attending Princeton University that included world championship appearances in track cycling, winning the U.S. Pro Criterium Championship, participating in major events, including Paris-Roubaix and Ghent-Wevelgem, and earning a spot on the 2000 U.S. Olympic Team.

After retiring from cycling in 2002, he attained an MBA from Harvard Business School and began a career in consulting with Ernst & Young in Boston and then with McKinsey in London. At McKinsey, Bouchard-Hall focused on designing and implementing change programs across a range of commercial and governmental organizations. He joined Wiggle in 2011 where he rose to assume leadership of the international business of the rapidly growing global online retailer. He and his family will be relocating to Colorado Springs, Colorado later this year.