The most bike friendly states list has been released by the League of American Bicyclists, and a slew of great cyclocross states are represented in the top 10 of the 2012 list. We think that’s more than just a coincidence. See full press release below.

Washington keeps #1 spot as new states move into the Top 10.

Washington, D.C. — May 22, 2012 — In honor of National Bike Month, the League has released its latest Bicycle Friendly States ranking. For the fifth year in a row, Washington continues to lead the nation, with outstanding performance in all categories. Riding the wave of significant bicycle improvements, other states like Colorado and Delaware charged into the Top 10.

“We are encouraged to see significant progress in top states like Washington, Minnesota, Colorado and Massachusetts,” said Andy Clarke, president of the League of American Bicyclists. “But, as the scores clearly highlight, there’s much work to be done in critical areas like infrastructure and funding. Overall, we see states — and especially state Departments of Transportation and state legislatures — lagging behind cities and the expectations of local cyclists, despite the many well-documented benefits of a more active lifestyle.”

Click here to see the rankings and how each state scored in the five evaluation categories.

The 2012 rankings mark the launch of an updated and improved evaluation process. Throughout 2011, the League held Bicycle Friendly America listening sessions across the country to understand the successes and shortcomings of the program. Based on public input, the Bicycle Friendly State survey was revised to give a clearer picture of a state’s accomplishments and next steps towards becoming more bike-friendly.

Even with the revised survey, Washington once again set a high bar in 2012. With support from the highest levels of government, the state leads the nation in creating new bicycle infrastructure and using federal funds for bicycle and pedestrian projects. In 2011, the state passed a safe passing / vulnerable user law, due in no small part to the efforts of the Cascade Bicycle Club and Bicycle Alliance of Washington, which have some of the highest advocacy capacity in the country.

“People in the Pacific Northwest embrace bicycling as part of a lifestyle that honors the environment, healthier living, and transportation choices,” said Washington Governor Christine Gregoire. “This title once again confirms that we’re on the right track, supporting bicycling as a transportation option in our communities.”

Also on the right track, Colorado and Delaware rose to #4 and #10 respectively in the 2012 rankings. Colorado exemplifies many of the qualities the League looks for in a bicycle friendly state, including a bicycle commuter mode share that’s more than double the national average, a bike friendly department of transportation, and a top-notch statewide advocacy group.

Delaware also jumped to #10 thanks to visionary support from top government officials. With dedicated state funding for bicycling projects, Governor Jack Markell, the state departments of Transportation (DelDOT), and Natural Resources and Environmental Control (DNREC) are leading the way to create a multi-modal transportation system. And the partnership between state leaders and Bike Delaware, the statewide advocacy group, is a model for other states seeking to become more bike friendly.

“We welcome our rise in the ranking as recognition of what we are doing to make walkable, bikeable communities a priority in Delaware,” said Governor Jack Markell, who is himself an avid cyclist. “Trails and bike routes are a part of a vision for a state with interconnected communities. We will continue working to make Delaware an attractive place not only to bike, but to live and work.”

But the BFS program is more than an annual assessment. Throughout the year, League staff work actively with state officials and advocacy leaders to help states identify and implement the programs, policies and campaigns that will improve conditions for bicyclists. While Mississippi placed #38 in this year’s rankings, Melody Moody, executive director of Bike Walk Mississippi, is confident her state won’t be in the bottom tier for long.

“Mississippi is a state typically ranked low in bicycle friendliness, but bicycle advocates across the state are working hard to make these changes, and fast,” Moody said. “Bike Walk Mississippi is working one-on-one with local communities to provide on the ground assistance to connect leaders to tools and resources that can be used to create better and safer infrastructure, policies, plans, and programs.”

Learn more about the BFS program at www.bikeleague.org/states.

About the Bicycle Friendly America Program

The League of American Bicyclists promotes bicycling for fun, fitness, and transportation, and works through advocacy and education for a bicycle-friendly America. The League represents the interests of America’s 57 million bicyclists, including its 300,000 members and affiliates.

Next post The Girl with the Cowbell Tattoo: Gaining Technical Competence, One Crash at a Time For Mud, Bikes, Barns and Beer: An Amateur Farmer’s Take on Professional Cyclocross. 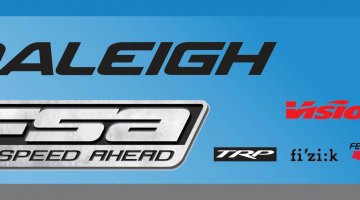